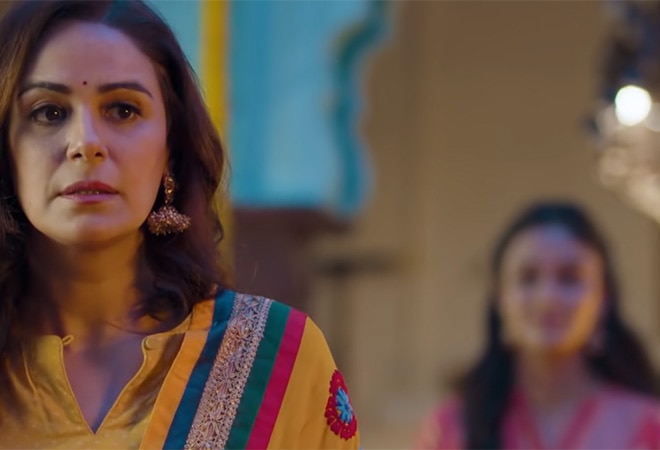 The ad film, with a message about infertility, has already crossed a million views on YouTube

The ad film, with a message about infertility, has already crossed a million views on YouTube, garnering praise for the subtle, yet powerful message it conveys.

The video featuring Mona Singh highlights how the issue of infertility impacts the mental health of women who are unable to conceive.

With the aim to emphasise how it affects the emotional, mental, and physical well-being of women, the ad film contrives to spread a message about "celebrating every woman for who she is coz #SheIsCompleteInHerself", and doesn't need a child to feel fulfilled.

The short video shows Mona Singh as the elder daughter-in-law of the house, who is unable to conceive while her younger sister-in-law gets pregnant right after getting married and entering the household.

Her pregnancy is being celebrated with all family members preparing for her baby shower with everyone taking good care of her.

Seeing this, the elder daughter-in-law, Mona Singh, feels the intense longing for a child. While the family is considering a possible name for the baby, Singh is asked the same but gets up on the pretext of fetching rice pudding for everyone.

Seeing this, the younger sister-in-law gets up and embraces the elder daughter-in-law, with everyone joining in to make her feel wanted.

The ad intends to evoke a sense of compassion among its audience, forcing them to think about and understand the pain of women who can't conceive.

"One out of six couples in urban India battle infertility and its social, emotional, and physical consequences are harsher for women," show the ending credits of the ad film.

"This Women's Day, Prega News embraces every woman for the completeness in herself," states the ending caption of the video.