The video released by Instagram influencer Hitesha Chandrane, in which she says that Zomato delivery agent Kamaraj had punched her in the face, went viral on social media 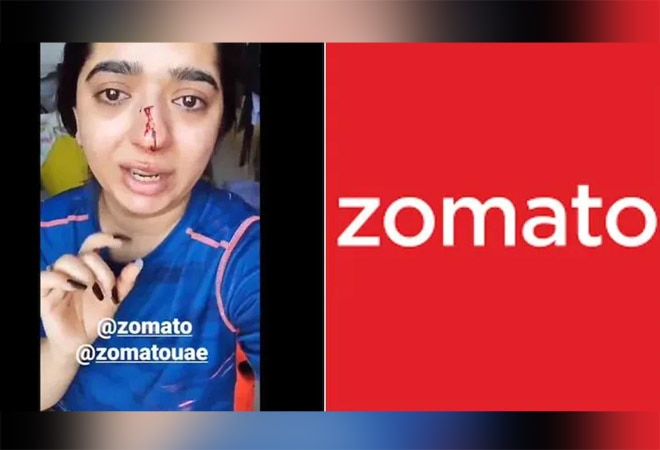 On March 10, a Bangalore-based woman alleged that a Zomato delivery agent punched her in the face after an argument broke out between the two regarding delayed food delivery. The video released by Instagram influencer Hitesha Chandrane, in which she says that Zomato delivery agent Kamaraj had punched her in the face, went viral on social media. Kamaraj was arrested on the charges of assaulting a woman.

Later, Kamaraj in a statement refuted the allegation made by Hitesha against him in the viral video. Kamaraj has alleged that Hitesha was acting rude and hit him with a slipper. Kamaraj noted that he was only defending himself by pushing her hands away. "She had a ring on her finger and this hit her nose. You can see the ring in the video she has posted on social media," Kamaraj added.

The public discourse around this story has changed completely since Kamaraj's statement came out. Twitter seems to have taken the side of Kamaraj in this whole episode.

Issued in public interest for all Delivery Boys:

If a woman has placed an order & there's any argument - RUN AWAY. Just Run Away. Any fine slapped for that loss will be much less than ur livelihood & salary. Leave apart the social media lynching. No one will believe u#Zomato

We can't just jump into the conclusion without listening to the other side when the whole life , career and livelihood of that Fellow human Being is on the line.

Do we lack empathy in today's world ? #zomato #TruthMatters

Simple rule : if the #zomatodeliveryboy is innocent , he is the victim and the girl must go to jail and pay compensation.

If #zomatodeliveryboy is the culprit , he must go to jail and zomato should pay the compensation to the girl ! @zomatoin must stand with the innocent !

A person whn punched on the nose bleeds from inside d nose not outside. Do not believe just one side of the story bcoz she is a girl. Do a proper investigation & then sue her for defamation if the story comes out to be false which I'm sure it will #Zomato@realsiff@iwinfairly

Zomato delivery guy getting ready to deliver the food..... pic.twitter.com/rgU2hO6FiR

That Electronic City woman first hit Zomato delivery boy with slippers& abused him in filthy language. He tried to defend himself. Later she claimed he attacked her and lodged a complaint. Poor boy had to go through hell. Such arrogance. Hope, the police book her now. #Bengaluru