'Zoom Dysmorphia' leads to record high plastic surgeries in US

Work from home culture and constantly attending video meetings has resulted in many people suffering from 'Zoom Dysmorphia', where people obsessively focus on their body appearance, leading to a rise in the number of plastic surgeries 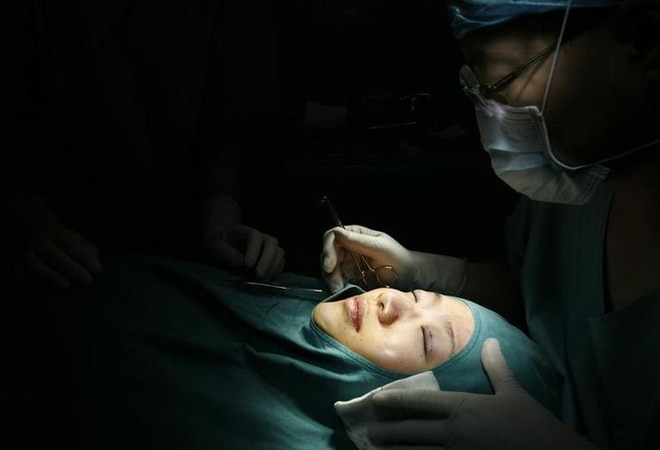 One would assume that in times of COVID-19, when people are not going out, nor are physically attending office meetings, parties etc, attention to appearances would fall to the sideways. However, such has not been the case. In fact, work from home culture and constantly attending video meetings has resulted in many people suffering from 'Zoom Dysmorphia', where people obsessively focus on their body appearance, leading to a rise in the number of plastic surgeries.

Researchers in the US have stated that the number of people seeking plastic surgery is at an all-time high with many citing their appearance on Zoom calls as a primary reason behind getting these surgeries. Nose shapes and wrinkles are of particular concern to people, according to a paper published in the journal Facial Plastic Surgery & Aesthetic Medicine.

It seems that doing away with the hassle of travelling to the office every day is not working to the benefit of certain people, particularly those who have become obsessed with their appearance on Zoom. Authors of the paper stated that Zoom is a major reason behind people seeking surgery, particularly those who are concerned with acne and wrinkles.

Google Trends analysis has shown that the searches for terms such as 'acne' and 'hair loss' are steadily increasing in the era of work from home culture.

The authors state that the COVID-19 pandemic has radically changed the number of times people see their own images on screens. The shift to online video meetings has also increased the time people spend observing themselves on screen. When people see themselves for a long period of time they are more likely to notice perceived flaws in their appearances.

"We suspect the trend may also arise from people constantly seeing themselves on video and becoming more aware of their appearance," the authors of the paper said, according to IANS.

Arianne Shadi Kourosh from Massachusetts General Hospital and one of the co-authors of the study said, "A life disproportionately spent on Zoom may trigger a self-critical comparative response that leads people to rush to their physicians for treatments they may not have considered before months confronting a video screen, a new phenomenon of 'Zoom Dysmorphia'."

COVID-19 update: Normal life will be back next winter, says BioNTech CEO