Sridevi passes away at 54 in Dubai due to cardiac arrest; Bollywood in mourning 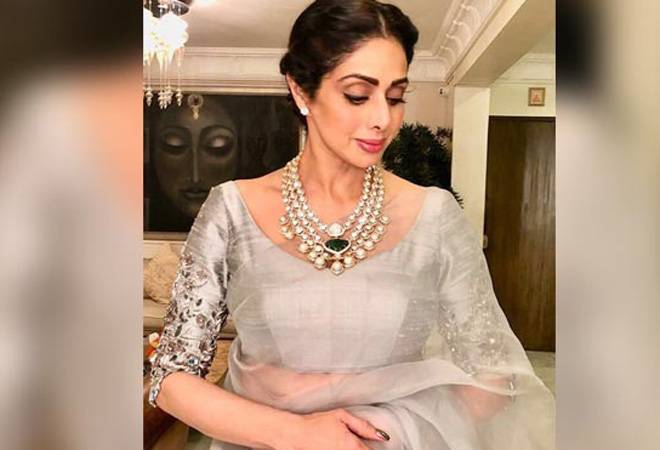 Sridevi, often hailed as India's first female superstar passed away last night in Dubai. She suffered a massive cardiac arrest, as mentioned by her brother-in-law Sanjay Kapoor. According to reports the actor was with her husband Boney Kapoor and younger daughter Khushi at the time of her death. She was 54.

The family was in Dubai to attend the wedding of her nephew Mohit Marwah.

Members of the film industry, politicians and fans have poured messages of condolence and loss at the death of the iconic star.

"Saddened by the untimely demise of noted actor Sridevi. She was a veteran of the film industry, whose long career included diverse roles and memorable performances. My thoughts are with her family and admirers in this hour of grief. May her soul rest in peace," tweeted PMO India.

Saddened by the untimely demise of noted actor Sridevi. She was a veteran of the film industry, whose long career included diverse roles and memorable performances. My thoughts are with her family and admirers in this hour of grief. May her soul rest in peace: PM @narendramodi

Actors took to Twitter to express their grief at the loss. "End of an era," Shekhar Kapur said, while Kamal Haasan, who was her co-star in Sadma says that the "Sadma lullaby haunts him now".

SriDevi .. gone. It's like an era is over. Like life turning a new chapter. A beautiful story just ended. An amazing spirit just vanished leaving us with amazing love, memories, and incredible grief. #Sridevi

I have no words. Condolences to everyone who loved #Sridevi . A dark day . RIP

I just heard Ma'am Sridevi passed away due to a massive cardiac arrest. I am in shock...cant stop crying...

Shocked beyond words to hear about the sad and untimely demise of #Sridevi. A dream for many, had the good fortune of sharing screen space with her long ago and witnessed her continued grace over the years. Thoughts and prayers with the family. RIP 🙏🏻

Have witnessed Sridevi's life from an adolescent teenager to the magnificeint lady she became. Her stardom was well deserved. Many happy moments with her flash through my mind including the last time I met her. Sadma's lullaby haunts me now. We'll miss her

Shocked to hear about the demise of #Sridevi ji .Heartfelt Condolences to the family. Om Shanti !

Still can't believe it. She was truly iconic. Shocked. #Sridevi

Shocked stunned. Still see her laughing talking. Unbelievable. Actor par excellence. A school in herself.. learnt so much from her. Still can't believe it . A huge loss. #Sridevi

The brightest Star is gone.. #Sridevi ..

It's a heart breaking news, can't even imagine in the worst of my dreams - World losses the best performer - Condolences to the Family.
Rest in Peace #Sridevi Ji

Sridevi had worked in Tamil, Telugu and Kannada movies before taking the Hindi movie industry by storm. Her acting career began as a child artist in the 1969 Tamil movie Thunaivan. Her first Hindi movie was Julie that was released in 1979.

She took a break from acting around 1997. Although she featured in a couple of movies after that, her big comeback was the surprise hit English Vinglish in 2012.

Sridevi is survived by Boney Kapoor and her daughters Jhanvi and Khushi. Her elder daughter is set to make her debut in Bollywood this year.

Sridevi passes away: The diva who lit up Indian cinema screen