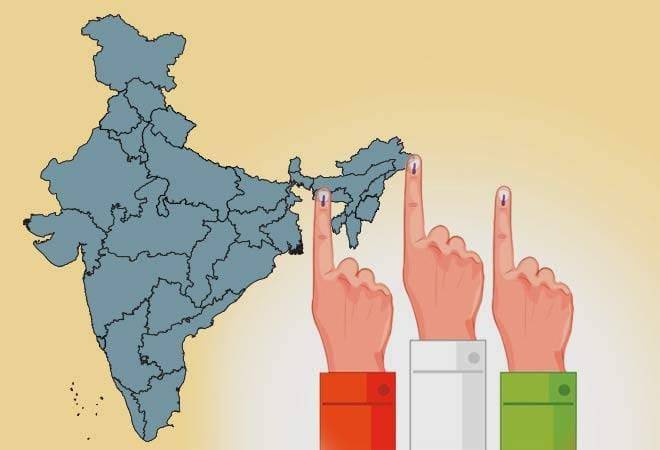 Earlier, phase 1 of the elections were held in Naxal hit Bastar on April 11 and the phase 2 of the Lok Sabha elections were held in Rajnandgaon, Mahasamund and Kanker on April 18. The State of Chhattisgarh is witnessing a two way battle between the BJP and the Congress. In 2014 elections, the Bharatiya Janata Party had won 10 of the 11 seats with a vote share of 49.7 per cent. The Indian National Congress, with a vote share of 39.1 per cent, had bagged the only seat of Durg.

Congress' Pratima Chandrakar will be challenging BJP's Vijay Bhagel of the Kurmi community in the Durg Lok Sabha seat. Durg is the only Lok Sabha seat which the Congress had won in the state in the 2014 general elections.

In the Raipur seat, the BJP has fielded Sunil Soni, incumbent vice president of the state unit of the party. Soni is pitted against Congress' Pramod Dubey, the incumbent mayor of the Raipur Municipal Corporation.

In the tribal-dominated Raigarh seat, the BJP has fielded a fresh face in Gomtee Sai who will take on the Congress' sitting party MLA Laljeet Singh Rathiya.

In Surguja, the BJP has picked former MLA and minister Renuka Singh. She is pitted against Congress' Khelsai Singh. In Korba seat, the Congress has fielded Jyotsana Mahant, while the BJP has fielded Jyotinand Dubey. The Janjgir-Champa seat will witness a triangular fight among the BJP's Guharam Ajgale, Ravi Bhardwaj of the Congress and Dauram Ratnakar of the BSP.