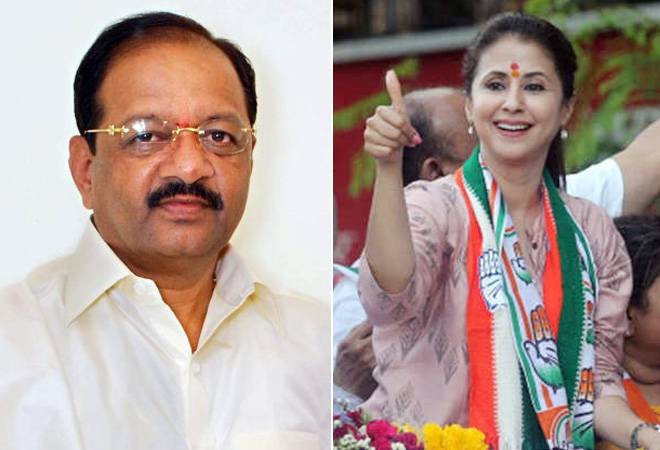 Bharatiya Janata Party's sure-shot bet, its Mumbai North candidate Gopal Chinayya Shetty has taken the lead over Bollywood actress and Congress candidate Urmila Matondkar, as per early trends. It is one of the most-watched fights in this Lok Sabha Elections.

The fight grabbed the eyeballs mostly because Congress fielded the novice Urmila Matondkar, known for her performances in hit Hindi movies like Rangeela, Kaun, Ek Hasina Thi, Pinjar and more. Matondkar joined Congress when no-one was interested in taking on the popular Gopal Chinayya Shetty. Gopal Chinayya Shetty's gargantuan victory over then Congress Mumbai chief was a major part of the Congress' problem. Shetty had won with a victory margin of 4.46 lakh in 2014.

What Congress has tried to pull off is actor Govinda's win over BJP veteran Ram Naik. While this might be a tried and tested formula, some voters believed that Matondkar could prove to be a better bet than Govinda. After his victory, Govinda did not really spend much time in his constituency and they believe that their constituency will see better days with Matondkar.

One of the factors that led voters to believe that Matondkar was the accessible neta everyone hoped for was her election campaigns. Matondkar had no compunctions in walking into a slum and talking about issues such as toilets or going from door-to-door to ask people to vote. She touched the feet of the elderly and apologised for her mistakes. According to reports, she even asked people to continue voting for Shetty if they believed that he had fulfilled his promises but to vote for her if they wanted someone to listen to their concerns.

A Congress functionary said, "She doesn't throw tantrums or has airs around her; when she meets elders, she touches their feet. And if a Congress worker gets upset for not being called on stage, she immediately apologises, saying she is new to politics. All this has changed perceptions and created a positive vibe for her." It was hard to not see the charm.

However, she was also in unchartered territory. Mumbai North has a huge Gujarati population that mostly votes for the Prime Minister. Even so, Matondkar managed to change perceptions in the constituency with her campaigns.

While she might be trailing behind Shetty, it is not because she is a political novice, but because the BJP leader already had a major head-start. It was a lop-sided contest from the beginning.