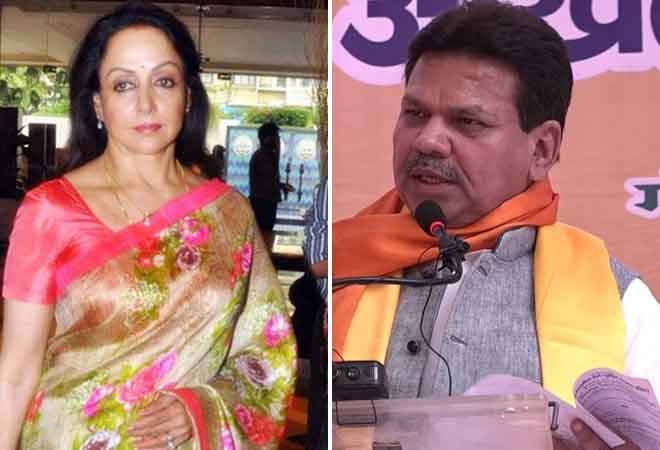 BJP's Hema Malini has won against the Congress' Mahesh Pathak from Mathura constituency of Uttar Pradesh (UP).

BJP's Hema Malini has won against the Congress' Mahesh Pathak from Mathura constituency of Uttar Pradesh (UP). According to Election Commission's (EC) website, the BJP leader defeated Pathak by a record margin of 6,36366 ballots. Malini won 6,64,291 votes, while Pathak bagged a mere 27,925 votes.

Narendra Singh of the RLD was also in the fray and won 3,76,399 ballots. RLD is part of the alliance with the Samajwadi Party (SP) and Bahujan Samaj Party (BSP) in the Lok Sabha election 2019.

In 2014 polls, BJP, along with its ally, secured 73 out of the total 80 seats in UP, while the Congress and SP were reduced to two and five seats respectively.

Also Read: Why BJP MP Hema Malini got into a row during her election campaign

'Not EVM, but Hindu minds have been rigged,' says Asaduddin Owaisi