B-school placements on track despite worries over note ban, Trump

There is a palpable sense of relief on the campuses of some of the leading business schools across the country. Campus placements this year have gone off well despite apprehensions. 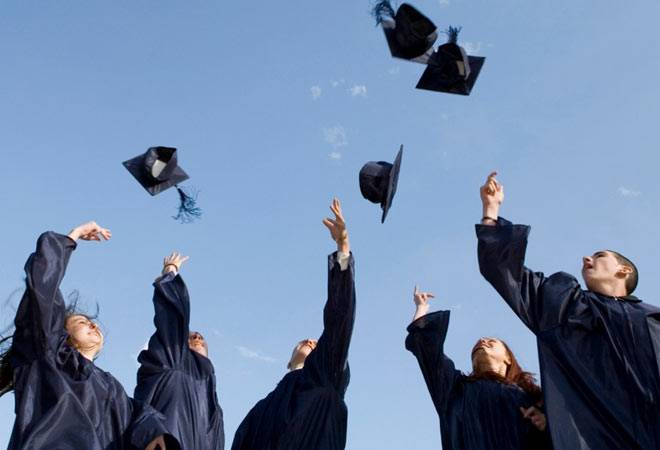 There is a palpable sense of relief on the campuses of some of the leading business schools across the country. Campus placements this year have gone off well despite apprehensions. Following demonetisation and Donald Trump getting elected as the President of the United States, there were fears that companies would prefer to wait and watch, impacting recruitments. "Initially, there were concerns, especially between November and early December last year. We found companies a bit slow in sharing the number of people they would want to recruit though most confirmed participation in the placement process. Most preferred to wait and watch and attributed this to demonetisation and the election of the new president in the US," says  Hema Sisodia, Assistant Director, External Relations and Placements at the SP Jain Institute of Management & Research (SPJIMR). As a result, she said, the school chose to be more cautious and "we reached out to more companies than usual. However , the class of 2017 has broken all previous records and in fact, in the end, we had to call up some companies saying that all students had been placed and therefore some had to cancel their plans. This time, she says, "we had the highest number of recruiters, highest number of PPOs (pre-placement offers), the highest number of offers from current recruiters." In all, according to her, there were 256 offers from 104 companies for the batch of 227. Of these, 86 were pre-placement offers and the average salary was Rs 20.9 lakh per annum.

Take IIM Indore which had a high batch size of 611. It's the highest among all the IIMs and covers students across its Indore and Mumbai campuses, including its two year MBA programme and the five year integrated programme, for which there is a combined placement. "Though initially there were apprehensions, we could especially sense it among banks who were not spelling out their hiring plans, it has not got reflected in the way the final picture is emerging," says Bhavya Kapoor, Officer Placement at IIM Indore. "When the process was started in December -January, we found that the companies, including the banks, started coming in and in fact we have had more number of companies compared to last year." She is unable to share the final numbers as she says the process is still not complete. Nevertheless, she says, nearly 98 per cent of the batch is already placed and more offers are coming.  "We hope to conclude the process in the next fortnight." The hiring, she emphasises, has happened across sectors, including IT and IT consulting.

The situation this year is more or less similar to last year other than the fact that there is greater depth this time, with more number of companies and the process took a little longer.  The story was not very different at IIM Shillong. Professor Sharad Nath Bhattacharya, Chairperson, Student Affairs, Placement and Public Relations Committee at IIM Shillong, says the situation is more or less similar to last year and almost the whole batch of 160 students has been placed except for a very few whose results are awaited and the school is hopeful of concluding the process in a week.

Telecom sector to create around 20 lakh jobs this year: Report

No cap on visa for Indian students, says British envoy