Sanjeev Bikhchandani, Founder and Executive Vice Chairman, Info Edge India, which runs the portals Naukri.com and 99acres.com, on his slip-ups on the path to success: 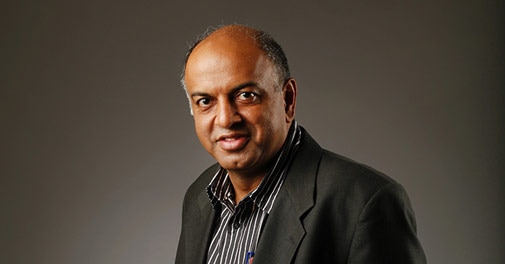 Sanjeev Bikhchandani, Founder and Executive Vice Chairman, Info Edge India, which runs the portals Naukri.com and 99acres.com, on his slip-ups on the path to success:

1. One of our first mistakes occurred when we raised money from ICICI Ventures in April 2000. In the business plan we submitted, we forecast that five years, we would have a turnover of Rs 12 crore. We ended up doing Rs 84 crore turnover in five years. We underestimated our turnover by seven times. It is very hard to predict the future, especially for an unlisted company. Therefore these things happen.

3. For the first five years, we didn't launch a resume database. It now accounts for 60 per cent of our revenues and has become our biggest product.

4. For the first three years, we didn't have a sales team. When we first put in a sales team, we realised how important a sales team is going to be to grow the company. Today, we have a large sales force across all our businesses.

5. At the time of the IPO, I was in a dilemma. We had no idea where the shares would end up after listing. I was told I was being aggressive in our pricing. We priced the IPO at Rs 320 apiece and the stock jumped to Rs 628 on the first day (of listing). Maybe we underpriced the IPO. On the other hand, when the meltdown happened and all the stocks tanked, our stock stayed above the IPO price. Maybe that was a good thing after all.

How I did it

Starting Jeevansathi
We launched Naukri in April 1997. In October 1998, I went to Anil Lall, a software programmer who was head of technology at Info Edge, and asked him why we don't make a matrimonial site. I told him let's look at one more classified category (besides jobs). I gave him a back-of-the-envelope brief and within a week, he had the site up and running. Initially, we offered everything free.

When we raised venture capital in April 2000 from ICICI Ventures, they told us to close down Jeevansathi and just focus on Naukri.

One of the conditions of ICICI Ventures was that they wanted us to move to one of the big five auditors. We'd had a small auditor doing work for us for the past 10 years. I went to them to personally thank them and told them that we have to part ways. I was stunned when these brothers - Amit and Rohit Tandon - told me that they were themselves thinking of shutting down their chartered accountancy practice and planning to start a doctom.

I asked them to buy Jeevansathi and they agreed. The arrangement we reached was that I will keep 35 per cent, they will buy 45 per cent and the rest 20 per cent will be given as ESOPs.

They ran the website for some years. They got some revenues and traffic. In 2004, our company was making money and we had cash on our books. We thought: what should we do with the cash? It came to my mind to buy back Jeevansathi. We spoke to the Tandons and they agreed to sell. We bought the company back.

Once we bought back Jeevansathi, we stopped thinking of ourselves as just a job website company and we said we are an internet classified company. A year later (2005), we launched 99acres.

STARTING A REAL ESTATE WEBSITE
We have a shareholder and advisor Sharad Malik, a computer science professor at Princeton. He comes to India every year on vacation. One year, he told us that he had to go through a nightmare when he wanted to sell a piece of family property at Kashmere Gate market in Delhi. He said it was such an opaque market. You don't what is the right (market) price. He said if you can launch a real estate website, it will really serve the consumer. At that time, there was no real estate website. We studied the market and launched 99acres. Today, we have 40 per cent traffic share and around Rs 80 crore revenues from this segment.

INVESTING IN ZOMATO
My son and I were using Zomato (frequently) to figure out where to go for lunch on Sundays. I used to like the website. One day in office, Hitesh (Oberoi) told me about the site and said that it was very good. He asked me - have you ever considered this for investment? We had started investing in other companies just a few years ago. We were looking at other companies (for investment). I told him that maybe we should look at them. I went to Network Solutions to find out who owns the domain name. Then I did a Google search on Deepinder Goyal's name and found out his email address. I sent him an email introducing myself and told him we invest in other companies, please call back. I sent him the email in the morning, he called in the afternoon. He said he is looking for money. He came over next day. I sat with him for two hours. Next afternoon, we shook hands. Over the past four years, we have invested in Zomato five times.

(As told to Manu Kaushik)

Rajeev Suri to be named next Nokia CEO, says report