Coronavirus may have serious repercussions, not just to the economy worldwide including India, but also to the stock market due to global manufacturing dependence of components and raw materials on China 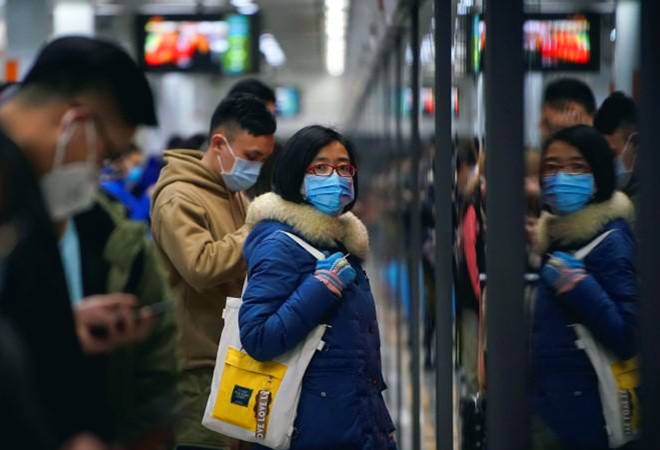 With the first confirmed case of Novel Coronavirus in India, Dalal Street may soon catch the flu that was until now limited to global markets. But analysts believe that any correction on virus outbreak fears will be limited, both in time and price terms. On Thursday, the Sensex slipped below its crucial 41,000 mark.

So far, analysts are worried about the impact of Coronavirus on Chinese trade.

"Coronavirus may have serious repercussions, not just to the economy worldwide including India, but also to the stock market due to global manufacturing dependence of components and raw materials on China," says Dharmesh Kant, head of retail research at IndiaNivesh Securities.

Kant said that even as the mortality rate is 2-3 per cent as of now compared to 10 per cent of SARS outbreak in 2002-03, it may go up given no solid cure has been found so far.

G. Chokkalingam, founder of Equinomics Research does not see any serious impact of the Coronavirus on the stock market. He expects the correction, if any, to fizzle out soon.

"Coronavirus has now reportedly reached India but one need not worry too much, as it has already created panic and alertness across the world. Its massive spread is most unlikely in India. Unlike other Asian countries like Singapore and Hong Kong, Chinese tourists coming to India before Chinese New Year is also limited. Hence the impact of this virus on Indian economy and markets is most likely to fizzle out like earlier viruses," he said.

Also Read: Coronavirus in India: Here are symptoms, ways to protect yourself

Brokerage UBS predicts only negligible impact on the Indian economy at the early stage, but if the disease spreads, it doesn't see the country to stay immune.

Also Read: Coronavirus in India: Here are symptoms, ways to protect yourself

Brokerage Credit Suisse although sees Indonesia and India to be least sensitive to the outbreak, it feels the less effective bureaucracies could hamper their ability to fight the disease.

The Press Information Bureau (PIB) earlier today reported that a positive case of Novel Coronavirus patient, of a student studying in Wuhan University, has been reported in Kerala.

"The patient has tested positive for Novel Coronavirus and is in isolation in the hospital. The patient is stable and is being closely monitored," the PIB release says.