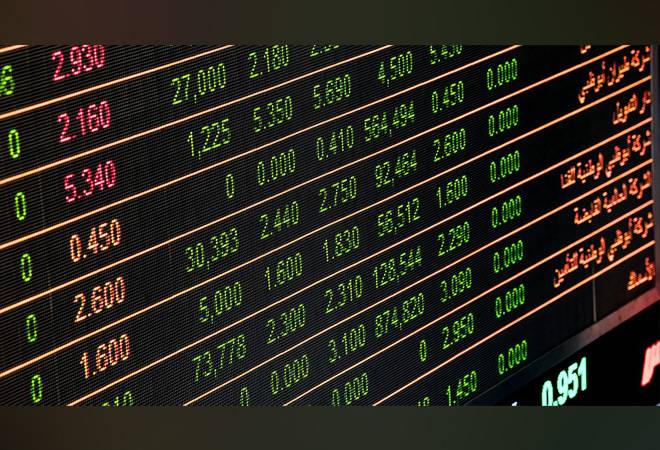 Indian shares rallied over the last few sessions over Modi's return for a second term, however, were largely unchanged on Tuesday in thin trade, as investors waited on the sidelines for cues before making fresh bets.

Operating revenues were at Rs 2,531.3 crore for the reported quarter and INR 9113.2 crore for the fiscal 2019. The airline reported 25% growth in operational income against the same quarter last year, while it was up 18% for the year.

Further, this year saw a 25% increase in aviation turbine fuel prices and 9% depreciation of the Indian rupee that resulted in cost escalations of Rs 695 crore and Rs 285 crore respectively.

Sensex recovered more than 250 points from today's low and Nifty traded above level 11,900, following sharp recovery seen in major indices. Sensex is trading up by 80 points at 39,764, whereas Nifty is at 11,934.70 level, trading up by 9 points. Nifty has 22 stocks advancing out of 50, whereas Sensex has 13 out of 30 stocks trading in the green.

Oil prices were mixed on Tuesday as supply cuts, led by producer club OPEC, and U.S. sanctions on fuel exports from Iran and Venezuela supported crude, while concerns about an economic slowdown weighed on the market.

Gruh Finance board approves increase in the FPI investment

Board of Directors of Gruh Finance has approved an increase in the limit of total investment by all Foreign Portfolio Investors under the Portfolio Investment Scheme to 40% from 24% of the paid-up equity share capital of the Company.

Company's board has recommended the dividend on equity shares of Rs 2.25 per equity share of Rs 5 each for the financial year ended 31St March, 2019.

Sensex and Nifty have rallied over the last few sessions over Modi's return for a second term, however, were largely unchanged on Tuesday in thin trade, as investors waited on the sidelines for cues before making fresh bets.

"Investors and traders must wait for correction to enter in the market as going forward. Sensex and Nifty may need to consolidate at lower levels. In general, the market is expected to follow global market sentiments for next couple of days. Nifty and Sensex may correct about 5% in next few days. Investors must focus on quality midcaps in infra, financial and banking sectors during any correction in the markets," quoted, Abhijeet Bajpai, Co-founder & CEO at Avighna Trades.

Natco Pharma stock opened at a loss of 8.16% at Rs 482, also its new 52-week low, after the company submitted poor quarterly earnings.

On Monday, the pharma giant reported a 60% drop in consolidated net profit at Rs 120.4 cr for March quarter as compared to Rs 299.7 cr in the corresponding quarter in the previous year.

Manpasand Beverages share price tanked as much as 20 per cent to touch an intra-day low of Rs 70.40 against previous close level of Rs 88 on the Bombay Stock Exchange. The stock had tumbled 20 per cent to Rs 88 per share on Monday.

Sensex and Nifty are trading at uncomfortably high price to earnings ratio. Generally, one should be cautious while investing in stocks when market's PE valuations are above 22. When they rise above 28, markets are said to be in an overbought and risky zone.

On Monday, PE ratio for Sensex stood at 29.08 and at 29.68 for Nifty, as per data available with the exchanges.

InterGlobe Aviation stock opened with a gain of 2.53%. The stock has been gaining for the last 6 days and has risen 14.91% in the period.

Dilip Buildcon executes EPC agreement with NHAI for a UP highway project of Rs 670.5 cr

Dilip Biuldcon has executed the EPC Agreement with the National Highways Authority of India (NHAI) for Varanasi-Dagamagpur (Pkg-1) Section of NH-7 on EPC Mode in the State of Uttar Pradesh valued at Rs 670.50 cr.

Gateway Distriparks among top gainers on Nifty after promoter increases stake to 1.84%

Reliance Capital had announced an Offer for Sale of its shareholding in RNAM in order to comply with the mandatory requirement of achieving Minimum Public Shareholding of 25% by reducing the promoter stake.

"The entire RNAM stake monetization proceeds of Rs. 6,000 crore will be utilised to reduce Reliance Capital's outstanding debt." The filing added, "Reliance Capital expects to reduce its debt by at least Rs. 12,000 crore (US$ 1.7 billion), or 70%, in the current financial year."

Nacto Pharma and Eris Lifesciences are the two stocks that hit their 52-week low today.

YES Bank, Vedanta, TCS, Coal India and Adnai Ports are the major gainers on NSE, while Bharti Infratel, Grasim, L&T, SBIN and HDFC are trading as the top losers.

Brent crude, the global benchmark, slipped 0.15 per cent to 68.67 per barrel. Oil prices rose more than 1% on Monday, supported by Middle East tensions and OPEC-led supply cuts as well as continued crude disruptions from Russia after a contamination problem discovered last month.

After opening flat with positive bias, benchmark equity indices Sensex and Nifty turned flat with negative bias, on account of global cues. While Sensex is down by 32 points at 39,651, Nifty is trading at 11,910, down by 14 points.

Yes Bank, Gail India, Adani Port, Zee Entertainment, Coal India, Asian Paints, SBI and Kotak Mahindra Bank are among the top gainers of the morning session, while Emami, HPCL and IOC are the among the major losers.

On the currency front, the Indian Rupee opened weaker against Monday's close and depreciated 21 paise to 69.72 against the US dollar.

Markets are expected to open flat on account of global cues. SGX Nifty is flat to negative in the Singapore Exchange. US Futures is up 59 pts or 0.2%. US market were closed yesterday on account of Memorial Day.

Asian shares edged up on Tuesday lifted by gains in China and as auto firms climbed on merger news, but broad uncertainties over trade and economic growth kept a lid on gains.

BT Insight: All you need to know about quant funds

BT Insight: What you should know about F&Os