BPCL shares dropped as much as 5.67 per cent to hit low of Rs 440.50 after BPCL Trust announced to sell up to 4 per cent of its shares in state-owned energy company through a block deal 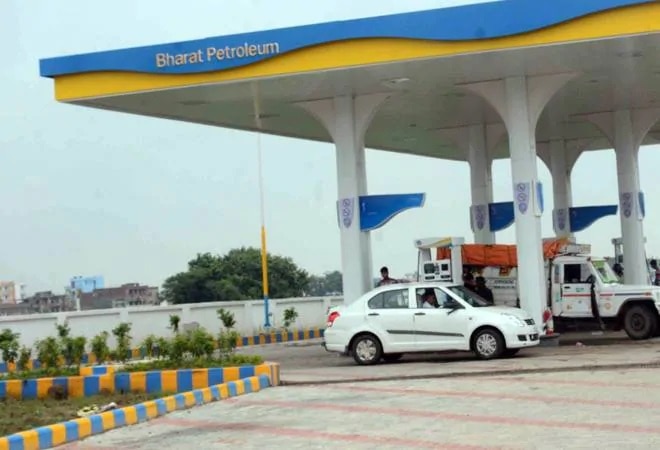 Bharat Petroleum Corporation Ltd (BPCL) shares fell nearly 6 per cent in early deals on Tuesday, in line with BSE oil and gas index which was down over 1 per cent. The state-owned oil marketing company is likely to sell 4 per cent of treasury shares worth Rs 3,774 crore in a bulk deal today.

On the volume front, there was surge in selling as 90.77 lakh shares changed hands over the counter as compared to two-week average volume of 8.9 lakh shares.

"A sub-committee of the Board of Directors of BPCL has approved the sale of BPCL equity shares which are held by the BPCL Trust for Investment in shares through accelerated book built offering of equity shares on the screen based trading platform of the stock exchanges. The total number of equity shares being offered is upto 15,89,93,397 equity shares held by the above trust," the oil marketing company said in a regulatory filing on Monday.

BPCL Trust will sell up to 4 per cent of the total share capital of the company at a floor price of Rs 435, which is at a 6.85 per cent discount to Monday's closing price of Rs 467, aggregating to Rs 3,774 crore.

BPCL Trust for Investment in shares held a 7.33 per cent stake in the company as of December 2020. Kotak Mahindra Capital and ICICI Securities Ltd are reportedly advising the Trust on the share sale.

Privatisation-bound BPCL has recently announced to exit from Numaligarh refinery in Assam by selling its entire stake to a consortium of Oil India Ltd and Engineers India Ltd for Rs 9,876 crore. The sale of Numaligarh Refinery Ltd clears the way for privatisation of India's second-largest fuel retailer. The Union government has invited bid to sell its entire 52.98 per cent stake in BPCL to a strategic investor with transfer of management control.