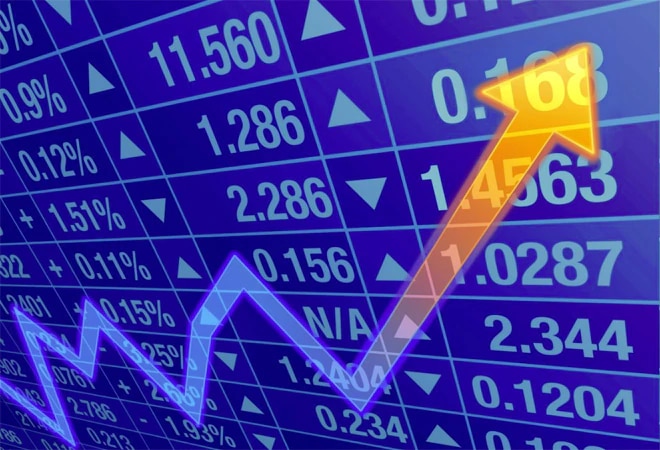 The Indian benchmark indices, Sensex and Nifty, ended on robust note on Tuesday, led by strong gains across bank and IT space. The BSE Sensex closed 584 points or by 1.16 per cent higher at 51,025, and the NSE Nifty settled at 15,098.40, up by 142.2 points or by 0.95 per cent. During the day's trade, Sensex and Nifty hit high of 51,111.94 and 15,122.2, respectively. Bucking the trend, the broader market settled in red, with Mid Cap and Small Cap indices falling 0.7 per cent and 0.4 per cent, respectively. Among the individual stocks, Kotak Mahindra Bank, HDFC Bank, ICICI Bank, HDFC, Bajaj Finance, Axis Bank, Mahindra & Mahindra were among top gainers, while ONGC, Power Grid Corporation, Dr. Reddy's Laboratories, NTPC and Bharti Airtel were among top laggards. On the sectoral front, bankex and IT index were among top performers, while metal and oil & gas were among top losers. The Bankex index rose 1.95 per cent, while IT index gained 1.06 per cent.

Commenting on market performance, Vinod Nair, Head of Research at Geojit Financial Services, says, "In a volatile day, the Indian market ended with minor positivity amid mixed global cues. Barring private banks, IT and consumer stocks, all other sectors were most impacted. Fall in US bond yields and stronger US equity futures aided Asian markets to recover from earlier losses."

On the global front, Asian stocks ended mixed, tracking weak cues from the US market and persistent concerns about inflation and the coronavirus pandemic. China's Shanghai Composite ended 1.82 per cent lower, while Japan's benchmark Nikkei 225 and Hong Kong's Hang Seng gained 0.99 per cent and 0.81 per cent, respectively. In the overnight trade, Wall Street also ended mostly lower, weighed down by heavy selling in technology companies.

"Markets slipped into the red on sustained selling in Metal stocks and profit booking in Oil & Gas stocks but bounced back sharply in late afternoon trade as Crisil sounded out an optimistic GDP forecast for the coming fiscal. The broader markets witnessed sustained buying interest in leading private sector banks and private life insurers," says S Ranganathan, Head of Research at LKP Securities.

Here's a look at highlights of the market action on BSE and NSE today.

Paring most of early gains, Indian benchmark indices, Sensex and Nifty, continued to trade in positive terrain on Tuesday, weighed down by losses in oil & gas and PSU space. At 3:00 PM, the BSE Sensex was trading 348.32 points or by 0.69 per cent higher at  50789.39, and the NSE Nifty was at 15032.8, up by 76.6 points or by 0.51 per cent. The broader market slipped in red, with Mid Cap and Small Cap indices trading lower by 0.6 per cent and 0.26 per cent, respectively. Among the individual stocks, Kotak Mahindra Bank, HDFC Bank, ICICI Bank, UltraTech Cement, HDFC, Bajaj Finance, Axis Bank were among top gainers, while ONGC, Power Grid Corporation, Bharti Airtel, Reliance Industries were among top laggards. On the sectoral front, oil & gas and PSU sector were trading lower, while bankex and consumer durable indices were among top gainers. The Bankex index rose 1.55 per cent, while consumer durable sector gained 0.63 per cent.

SBI Life Insurance shares jumped over 6 per cent to hit fresh 52-week high in intraday trade on the Bombay Stock Exchange after the company posted strong growth in new business premiums (NBP) in the month of February.

The Rs 600 crore initial public offering (IPO) of Laxmi Organic Industries will open for subscription on March 15. The speciality chemicals manufacturer has fixed a price band of Rs 129-130 a share for the three-day IPO, which will close on March 17. Laxmi Organic IPO comprises of fresh issuance of equity shares worth Rs 300 crore and an offer for sale worth Rs 300 crore by the promoter Yellow Stone Trust, as per the red herring prospectus (RHP) filed by the company.

Shares of Balmer Lawrie were trading 6.88 per cent higher at Rs 156.80 on the BSE amid report that the government may disinvest stake in the company.

SBI Life Insurance share rose 4 per cent to hit a 52-week high of Rs 965 on the BSE on Tuesday after the company posted strong growth in new business premiums (NBP) in the month of February.

Shares of Poly Medicure  surged 11 per cent to hit a new high of Rs 804 on the BSE in intra-day trade on Tuesday.

After making a positive start, Indian benchmark indices continued to trade higher after paring some of early gains. The BSE Sensex was trading 198.63 points or by 0.39 per cent higher at 50,639.7, and the NSE Nifty was at 15,032.8, up by 76.6 points or by 0.5 per cent. On the sectoral front, all the indices opened in green, barring oil & gas stocks, with bankex and consumer durable indices emerging as top gainers.

Shares of JSW Energy dropped 2.64 per cent to trade at Rs 84.80 on the BSE even after the company said it has signed a business transfer agreement with JSW Cement for the sale of 18 megawatt (MW) thermal power plant at Salboni, in West Bengal for Rs 95.67 crore.

Inox Wind share price was up 0.87 per cent at Rs 69.85 after the company said it has signed a binding agreement with Integrum Energy Infrastructure for 92 mega watt (MW) of wind power projects.

Share price of SBI Cards and Payments Services gained over 2% in early trade after the firm said it plans to raise up to Rs 2,000 crore through the issuance of debt securities in one or more tranches. The company's board will take a final call on the proposal in its meeting on March 12.

SBI Cards share rises over 2% on plan to raise Rs 2,000 crore via debt

Shares of JMC Projects were trading 17.78 per cent higher at Rs 92.40 after the company said it secured construction order worth Rs 1,000 crore from Maldives' Fahi Dhiriulhun Corporation.

Shares of Bharat Petroleum Corporation Ltd (BPCL) shares fell nearly 6 per cent in early deals on Tuesday after BPCL Trust announced to sell up to 4 per cent of its shares in state-owned energy company through a block deal.

Gold and silver futures trade higher on Tuesday amid optimism over stimulus package passed by the US Senate. Gold futures for April contract were up by 0.30 per cent to Rs 44,351 per 10 grams, while Silver futures for May were quoting at Rs 66,111 per kg, up 0.39 per cent.

Oil prices fell again after surging above $70 a barrel for the first time since COVID-19 pandemic, as economic stimulus passed by the US Senate and an attack on Saudi Arabian oil wells countered global inflation fears.

Petrol and diesel rates remained unchanged for the tenth straight day across the four metro cities on March 9. The state-run oil marketing companies had last raised the fuel prices on February 27. Petrol and diesel in Delhi remained constant at Rs 91.17 and Rs 81.47 a litre, respectively, while they stayed at Rs 97.57 and Rs 88.60 per litre in Mumbai.

"As of now, markets have shrugged off the initial scare triggered by the rising bond yields. Bulls are back in action in the mother market US. But in India continuous FII selling is preventing the markets from scaling new highs. Markets are likely to consolidate. Investors may utilize dips to buy high-quality names in private sector banking, insurance, IT, cement and autos. For mid-  small-caps, there is more room to appreciate," says Dr. V K Vijayakumar, Chief Investment Strategist at Geojit Financial Services.

Indian benchmark indices opened higher on Tuesday, tracking positive trading at Nifty futures on the Singapore Exchange. The BSE SENSEX opened at 50,880, up by 490 points or by 0.96 per cent and the NSE Nifty at 15,093, up by 139 points or by 0.93 per cent. Among the individual stocks, HDFC Bank, UltraTech Cement, HDFC, Bajaj Finance, Axis Bank were among top gainers, while ONGC, Power Grid Corporation and Infosys were among top laggards. On the sectoral front, all the indices opened in green, barring oil&gas stocks, with bankex and consumer durable indices emerging as top gainers. The Bankex index rose 1.42 per cent, while consumer durable sector gained 1.14 per cent, respectively.

The foreign institutional investors (FIIs) stood as net seller in both equity and debt on Monday. The net investment of equity and debt reported were Rs. -1,796.32 crore and Rs -857.06 crore.