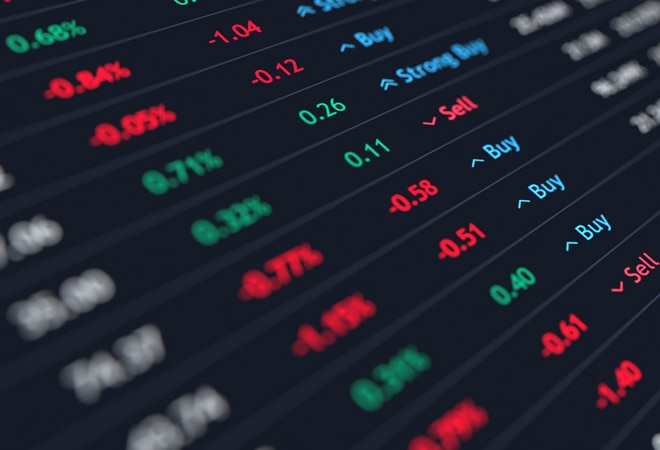 Sectorally, indices ended on a mixed note today. Gains in realty, auto, IT and pharma were capped by losses in FMCG, metal, banking and financial stocks

After a volatile trading session, share market indices closed flat for the second consecutive session on Wednesday, amid mixed cues from global equities. Sensex ended 19 points lower at 51,309 and Nifty fell 2 points to close at 15,106.

Sectorally, indices ended on a mixed note today. Gains in realty, auto, IT and pharma were capped by losses in FMCG, metal, banking and financial stocks.

In US, Nasdaq extended their runs to fresh highs on Tuesday, S&P 500 and Dow ended slightly lower, however, breaking their six-day streak of gains,

Traders said strong earnings and prospects of economic recovery by stimulus and an accelerated vaccine rollout buoyed investor sentiment. However, investors booked profit on overpriced stocks and rotated out of large-cap tech names into other sectors

US President Joe Biden on Tuesday met Treasury Secretary Janet Yellen and the chief executives of some of the country's largest businesses in the Oval Office to discuss his $1.9-trillion stimulus plan and the outlook for the economy.

Vinod Nair, Head of Research at Geojit Financial Services said, "The market witnessed a slip in its momentum during a volatile day as losses in banking stocks weighed on the sentiment. Auto, realty and consumer stocks remained firm along with mid and smallcap indices outperforming. US markets remained positive, supported by upbeat quarterly earnings while the trend was followed by most of the global peers"

Ajit Mishra, VP - Research, Religare Broking said in a note, "We're seeing a healthy pause after the budget up move and it's more of a time-wise consolidation so far. We suggest keeping a close watch on the banking index for cues on the further directional move in Nifty. Also, earnings announcements from some of the prominent companies like ACC, Ashok Leyland and ITC will be in focus on Thursday. Amid all, we reiterate our bullish bias and advise continuing with the "buy on dips" approach."

Sumeet Bagadia-Executive Director-Choice Broking said, "Technically, the benchmark index has formed a bearish candle at the top of the trend on the daily chart, which shows a negative bias. At present, Nifty has strong resistance at 15260 levels while downside support comes at 14850 levels."

HDFC Securities said today," Our 7-day view on the market, however, remains bullish as the Nifty has convincingly reversed the recent downtrend by moving up from a trend line support and convincingly closing above the 20 days and 50 days SMA. Our bullish bets for the next 7 sessions would be off if the Nifty moves lower and closes below the 14864 levels."

On the currency front, Indian rupee gained by 3 paise to settle at 72.84 per US dollar on Wednesday, in a restricted trade amid a muted trend in the domestic equity market.

Expressing views on the rupee, Sugandha Sachdeva, VP - Metals, Research & Energy, Religare Broking said in a note," The USDINR pair traded in a narrow range down by 0.11% in the previous week, marking its fourth week of decline. On four hourly charts, prices are consolidating in a triangle pattern. On the higher side, 73.40 remains the crucial hurdle for the pair, while immediate support emerges at 72.93. The pair is trading in a narrow range for almost two weeks; breach on either side may lead to a strong move in the pair. As a strategy, short positions are advised below 72.90 for downside targets of 72.50 keep-ing stops above 73.20."

Going ahead, US stimulus talks and foreign policy moves by the Biden remain the key events to watch out for. Traders said investors will continue to monitor key corporate results, signs of economic recovery and global cues. Market participants would also keep an eye out for key data releases such as the domestic industrial production data for December and CPI inflation for January, that are slated to be out on Friday.