Stock Market LIVE Updates on June 29: Bajaj Finance, followed by Axis Bank, IndusInd Bank, ICICI Bank, SBI, HDFC duo and Infosys were among the top losers in the Sensex pack today. On the other hand, ITC, Sun Pharma, Nestle India and PowerGrid were among the gainers 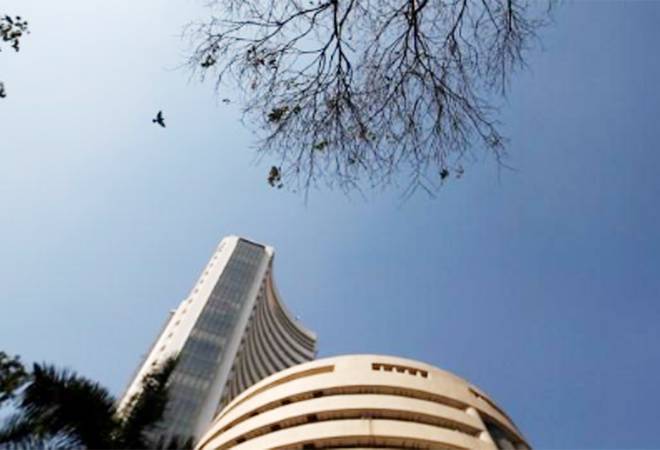 Gold price continued on Monday to rise on fear of a delayed economic recovery as coronavirus cases continued to rise in the global arena prompting investors to move to safe haven assets.

On the currency front, rupee the local currency closed stronger at 75.58 per dollar as against the last close of 75.63 per dollar on Friday.

Shares of IDBI Bank rose nearly 5 per cent, hitting 52-week high on the Bombay Stock Exchange (BSE), after the lender said that its board has approved a plan to sell 27 per cent stake in its life insurance arm IDBI Federal Life Insurance for Rs 595 crore. In contrast, the BSE Sensex was trading 306 points, or 0.87 per cent, lower at 34,864. In the last one month, IDBI Bank shares have rallied as much as 106 per cent from the level of Rs 20.30 as on May 29, compared to 7.5 per cent rise in the BSE Sensex.

Asian markets were trading lower, in line with Wall Street's closing ascoronavrius cases in Southern and Northern states of US rose casting doubts on economic recovery. European markets also opened lower on Friday as coronavirus cases climbed in US with Texas pausing the reopening of its economy.

Axis Bank share price was tarding as the top loser on NSE since openng bell today, falling as much as 5.21% after S&P Global Ratings lowered its ratings on Axis Bank due to increased economic risks for banks operating in India.

"We lowered our ratings on Axis to reflect our expectation that heightened economic risks facing India's banking system will affect the bank's asset quality and financial performance. While Axis' asset quality is superior to the Indian banking sector average, its level of non-performing assets (NPAs) will likely remain high compared to international peers'," S&P said.

ITC share price rose over 4% on Monday after the firm reported a 9.28 per cent rise in its consolidated net profit for fourth quarter ended March 31.  Share price of ITC climbed 4.1% to Rs 203.1 against previous close of Rs 195.10 on BSE.

AstraZeneca Pharma India share price hit a new 52-week and all-time high of Rs 3,591 today after the World Health Organisation (WHO) identified the candidates developed by Oxford University - AstraZeneca and Moderna Inc as front-runners who are working towards a coronavirus vaccine. While addressing a virtual media conference from Geneva,  WHO Chief Scientist Dr Soumya Swaminathan stated that AstraZeneca's coronavirus vaccine candidate is the most advanced vaccine currently in terms of development, she said.

Coal India share price dropped almost 5% intraday on Monday's early session as the company posted weak results for the quarter ended March 2020, on back of higher costs and lower revenue.

Even as the stock markets are slowly recovering, the economy has not shown many signs of pickup.The phenomenon denotes an apparently weak linkage between buoyant markets and economic recovery, largely reflecting irrational exuberance, a report said.

"The current uptick in equity markets reflect the eternal conundrum of the linkage between the real and financial sector. In effect, Indian financial markets that were in a precipitous declining mode till the announcement of lockdown1 has now bounced back with RBI pumping in adequate liquidity in the market and such movement has been largely synchronous since March 25,"  the SBI Ecowrap report said.

Sensex and Nifty fell nearly 1% each by the afternoon session on Monday, taking cues from weak global equities. BSE Sensex fell 309 points lower at 34,864 and NSE Nifty was trading 92 points down at 10,290.

He added," ITC has been aggressive in its FMCG business-launching sanitisers and hand washes, leveraging its extensive distribution network and acquiring a key regional spice brand. However, it has lost around 40 days of cigarette sales due to the lockdown. Its hotels and paper segments, too, are likely to be impacted due to the loss of business. While it missed the Street estimates due to decline in revenues across all segments, the performance of its FMCG segment has kindled hopes of an improved show in the latter part of the year."

On 4QFY20 results of Coal India, Jyoti Roy, DVP Equity Strategist, Angel Broking said,"Coal India reported a 3.6% YoY decline in consolidated revenues to Rs.27,568 crore for Q4FY20, as compared to revenues of Rs.28,585 crore for Q4FY19. Sales volume for the quarter was flat at 163.9mn tons though production was up 10% YoY to 213.7mn Tons. EBIDTA for the quarter stood at Rs.6,729 crore down 18.3% YoY while EBIDTA margins contracted by 442 basis points to 24.4%. Consolidated net profit for the quarter stood at Rs 4,626 crore as compared to profit of Rs.6,026 cr in the corresponding quarter previous year. While top line numbers were in line with street estimates net profit came in below street estimates largely on account of lower margins."

He added," NTPC has completed acquisition of  NEEPCO and THDCIL, during the quarter the company was able to commercialize 1.71 GW of power plant. Coal based plant availability stood at 94.3% as compared to 92.4% in Q4FY19 while Plant load factor at 69.52%.Profit after tax for the quarter stood at Rs 1524 crore down by 70% due to provision of Income tax of Rs 2,743crore related to earlier years, as the company has decided to settle pending cases under vivad se vishwas scheme."

As per media reports, four terrorists opened indiscriminate firing at the gate of exchange.

They managed to enter the stock exchange building firing indiscriminately and launching a grenade attack.

Adani Green Energy share price hit the lower circuit of 5% today amid news that the Gautam Adani-led firm has received shareholders' nod to raise Rs 2,500 crore in its fifth annual general meeting held on Thursday. Share price of Adani Green Energy opened 5% lower at Rs 377.5 compared to the previous close of Rs 397.40 on BSE. The large cap stock has lost 18.53% in 4 days.

Rupee vs Dollar: Rupee opens flat, rises 5 paise to 75.60 amid weak US dollar

Worldwide, the number of cases linked to the COVID-19 disease has crossed 1.01 crore, while the death toll has topped 5.01 lakh. Meanwhile, in India, the number of infections rose to 5,48,318, according to the health ministry. The death toll rose to 16,475.

Commenting on Nifty's outlook, Sameet Chavan (Chief Analyst-Technical and Derivatives, Angel Broking said,"Due to Friday's close, we can see a formation of 'Spinning Top' pattern and this generally indicates neutral bias, neither the bulls dominated, nor the bears had the upper hand. Ideally a close beyond 10500-10550 would have suggested a stronger closer but nevertheless bulls somehow managed to defend their territory. Now, the week's low of 10194 would now be seen as a key support and as long as we are above it, there is no reason to worry."

Bajaj Finance, followed by Axis Bank, IndusInd Bank, ICICI Bank, SBI, HDFC duo and Infosys were among the top losers in the Sensex pack today. On the other hand, ITC, Sun Pharma, Nestle India and PowerGrid were among the gainers.

Sensex and Nifty fell almost 1.4% each by the first hour of session on Monday, taking cues from weak global equities. BSE Sensex fell 450 points lower at 34,713 and NSE Nifty was trading 147 points down at 10,236.

Piramal Enterprises share price fell over 2% on Monday's early trade after the company said US-based global investment firm Carlyle Group Inc will buy 20% stake in its subsidiary- Piramal Pharma for around $490 million (over Rs 3,700 crore). The deal, being one of the largest private equity deals in the Indian pharmaceutical sector, is likely to be closed in 2020.

Following the update, the share price of Piramal Enterprises fell 2.7% intraday to the low of Rs 1,303 as against the last closing price of Rs 1,342 on BSE. Earlier the stock opened higher at Rs 1,357 and also touched an intraday high of Rs 1,363.

Globally, markets were trading lower tracking weakness from Wall Street, on back of surge in Covid-19 infections in various western and southern parts of the US, that reopened earlier.Where the global death toll from COVID-19 reached half a million people on Sunday, about one-quarter of all the deaths so far have been in the United States.

Oil prices on Monday slipped amid concerns that the second wave of pandemic would slow the reopening of some economies and thus hurt demand for fuel. Brent crude futures were trading 62 cents lower at $40.40 a barrel, while U.S. crude lost 60 cents to $37.89.

Sensex and Nifty opened on a negative note on Monday, backed by weak global equities. BSE Sensex fell 244 points lower at 34,926 and NSE Nifty was trading 71 points down at 10,311. Asian counterparts were trading lower today, including SGX Nifty that traded 70 points lower at 10, 266, indicating negative trend in domestic market today.

"We see a good bounce back in a few large cap stocks, which are trading at very good support levels. Downside support for Nifty is seen at 10,200 points while upside resistance comes at 10,400 level," said Sumeet Bagadia, Executive Director, Choice Broking.

"Markets are still going to be significantly influenced by updates on India-Sino standoff and US-Sino trade talks. While these influences might only be sentimental but if FPIs start selling, markets can really fall from the cliff as they have already bounced back 38% which statistically is a good number for markets to start drifting lower," said Jimeet Modi, Founder & CEO, SAMCO Securities.

8. 47 AM: What to expect from markets this week

The benchmark equity indices - Sensex and Nifty - managed to end the week with a 1 per cent gain, even as coronavirus and India-China border tensions have kept the volatility on the higher side. The coming week would be watched closely by the investors due to June PMI data, auto sales numbers, coronavirus updates and development in the India-China border row.

On a net basis, FIIs sold off Rs 753 crore, while DIIs bought Rs 1,304 crore worth in equities today.