Small cap mutual funds gave up to 220% returns in 1 year! Should you invest?

"For one to generate alpha, the money had to come back to small caps. The correction that started in small caps in 2018 bottomed out post Covid.  During the correction period, there has been a lot of consolidation in small cap space with weak getting weaker, and strong, stronger.  The balance sheets have been cleaned up. And the liquidity crunch has eased. Well placed and managed companies in this space have shown resilience amid pandemic, with some of them reporting best ever quarterly performance post June 20," says Richa Agarwal-Senior Research Analyst at Equitymaster.

In the previous small cap rebounds, small cap index has gained as much as 300 per cent. While the upside will vary from stock to stock, Agarwal believes there is more steam left in this rally. She explains, "The average P/E ratio for liquid and profitable small cap companies is still averaging at 16 x versus 28 to over 30 times for mid and large cap companies. The small cap to Sensex ratio at present is at 0.46 x as compared to a long term average of 0.43x, and previous peaks of 0.56x. In the last cycle when small caps peaked (December 2017/January 2018), midcaps and large caps accounted for 88% of the total market cap. At present, the share of midcaps and large caps is at 92%." All this suggests a potential of further reallocation of money from mid and large caps to small caps.

However, investors should not get swayed by the abnormally high returns. One must keep in mind the volatility as well, says Harshad Chetanwala, Co-founder MyWeathGrowth. He adds, "Mid and small caps carry high risk and are volatile in nature."

Small cap mutual funds are meant for sophisticated investors who understand the underlying risk well. It is naive to invest in such high-risk schemes on the basis of short term performance. Mutual fund advisors ask investors to look at the returns from a longer term CAGR angle. "The more appropriate thing is to look at it  from a 5 yr CAGR perspective and we would see a decent gains of 15-17% in these schemes," says Raghvendra Nath, MD, Ladderup Wealth Management.

The returns we have seen in the past year, says Nath, are unlikely to repeat as we saw resurgence after a huge fall because of which the near term returns might look inflated. "Ideally in the mid and small cap space one should expect a 15-17 per cent compounded average returns over your invested time horizon. This should be easily achievable with time and patience," adds Nath.

As per Chetanwala, over a long term, you can expect small caps to deliver 1-2 per cent extra over the returns generated by large cap funds. "Mid and small cap funds invest in companies that are at nascent or initial stage and have potential to grow faster than the normal market. If we expect large cap to deliver around 11 - 12 per cent p.a. Add to that around 1 - 2 per cent extra in case of small caps. You must keep in mind the small cap companies witness lot of churn over years," he says.

How to invest in small cap mutual funds?

Despite all the opportunities that exist in mid and small cap space, from investment perspective you should limit your exposure in the small cap mutual funds space. If you understand the risk well, you may invest some portion of your portfolio in small caps in a staggered manner. As the markets are near all-time high, lumpsum investment does not make sense.

"You can have higher allocation in large cap which can work like anchor for your portfolio and based on your risk appetite you can allocate investment in mid and small caps. Small cap funds should not be more than 5-10  per cent of your overall portfolio, that too only if you have high risk-taking ability," says Chetanwala.

Agarwal suggests investors to be highly selective and give weight to both fundamentals and margin of safety in valuations while taking exposure to small caps. Anyone investing in a small cap fund should have a minimum investment horizon of seven years or higher. 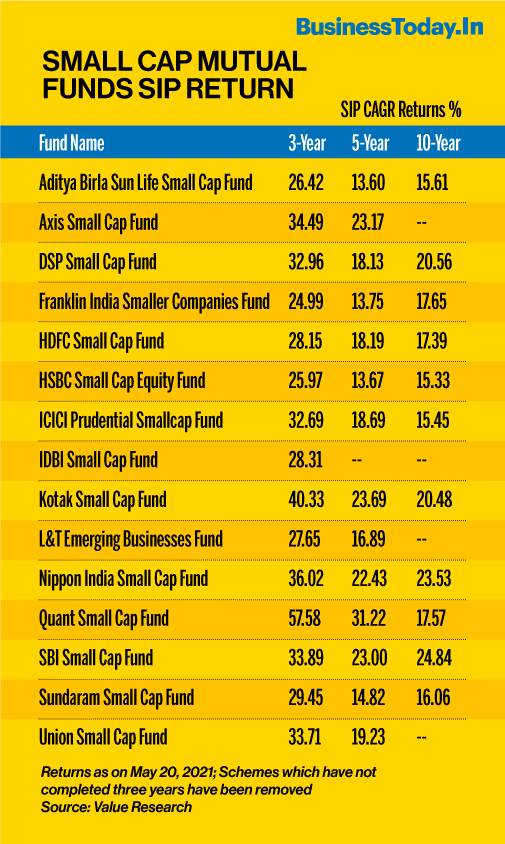