As 2019 paves the way for innovative technologies to drive transformation and take us to the next era of human-machine partnerships, all eyes are on the fifth generation cellular technology, better known as 5G. 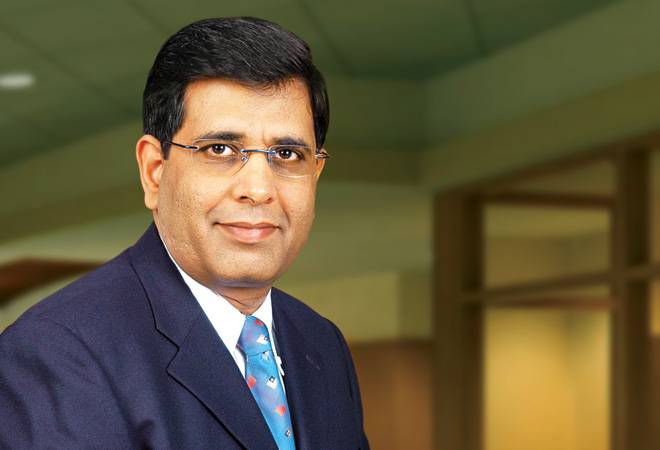 As 2019 paves the way for innovative technologies to drive transformation and take us to the next era of human-machine partnerships, all eyes are on the fifth generation cellular technology, better known as 5G. Countries like the US, South Korea, Japan, Europe and China are leading the global race to deploy the next-generation network services this year. In India, the spectrum auction for 5G is expected during the latter half of 2019.

The excitement is palpable. Because the arrival of 5G-enabling smart devices will change the way we live, work, and think in fascinating, new ways.

1G heralded wireless communication; 2G enhanced it with the ability to exchange text messages. With 3G, we were introduced to the Internet Age, and 4G amplified the benefits with faster data transfer. What's the 5G promise?

Download speed of 1Gbps, reduced latency, greater energy efficiency, and more stability in network connections are all worthwhile promises. However, what has us most excited is the promise of a more connected future. The fifth generation cellular technology, with its low-latency and high-bandwidth networks, will become the backbone for evolving technologies like the Internet of Things (IoT) and Artificial Intelligence (AI). As an ever-growing assortment of connected smart devices ushers in more smart cities and digital infrastructure, 5G will be the game changer.

Not just for the telecom industry, but for automation and intelligence in every business. Whether it's healthcare, manufacturing, retail, energy, automobiles, or education, 5G has the potential to provide a scalable, agile, and programmable network platform that can unlock the next level of connectivity.

For Digital India to become a reality, we need to take the next evolutionary leap towards 5G. The technology can become a catalyst for broader development and adoption of AI, robotics, virtual reality (VR) and augmented reality (AR), positioning India as a global tech innovator.

The roll out of 5G services in India is estimated to have an impact of USD 1 trillion on the economy. And the Government of India seems keen to foster a vibrant 5G ecosystem to make the most of the market opportunity.

The government has collaborated with premier research institutes to build 5G test beds as well as invited leading telecom companies to undertake pilot projects and showcase India-centric use cases, on spectrum allocated free of charge for a year. Further, a high-level forum has been set up for drawing a roadmap for the launch of 5G services in India by 2020, with speeds of up to 10, 0000 Mbps in urban areas and 1,000 Mbps in rural parts of the country.

It's heartening to see that India is making earnest efforts to have its own Intellectual Property Rights (IPR) become a part of 5G in global standards. The auction for a broad range of spectrum bands for 5G later this year will set the stage for India to power the next generation mobile networks.

In 2015, two-thirds of 2G and 3G users in mid- and small-sized cities dealt with inconsistent speeds and app usage outdoors; an almost equal share had difficulty loading web pages indoors. The situation is far from ideal even today.

In 2018, India was ranked 109 among 124 nations, on overall mobile internet speeds, with an average download speed of 9.12 Mbps. The global average was 23.54 Mbps. Studies found that the 4G download speeds in India were not only much slower than developed markets such as the US, UK and Japan, but also that of neighbouring countries like Pakistan, Sri Lanka, and Myanmar.

The sheer numbers in a country like India pose huge challenge in terms of swift upsurge in mobile broadband consumption and the subsequent network congestion. How do we address these challenges with 5G? Investing in 5G airwaves alone will not suffice. The switch from 4G to 5G will be infrastructure intensive.

We need to re-design and reengineer technologies, built with cloud-native core, to drive the networks and their architecture. Without basic infrastructure foundation, such as standard servers, open application programming interface (APIs), Network Function Virtualization (NFV) and Software Defined Networking (SDN) technologies, 5G cannot take off. Telecom providers will need to adopt an "intelligence-first" approach to managing core networks and look at real-time analytics as an important business investment.

By 2020, there are expected to be 20 billion connected devices in the world. Naturally, data will become highly distributed - from edge to core to cloud. It'll be a new challenge to manage, analyze, store and protect data, irrespective of where it exists. Security transformation will be inevitable. As will be the transformation of end-to-end architecture, including the compute, network, and storage infrastructure.

We are 5G aware, but are we 5G ready? There's no denying that 4G networks are still nascent in India. Right from developing a robust telecom infrastructure and backhaul spectrum to associated bandwidth and a well-defined data protection law, we have a long way to go.

Although the government has assured that there will be no spectrum shortage this time - considering that India lagged behind on both 3G and 4G fronts - there's uncertainty. Will a scalable, flexible, composable, and automated network infrastructure become the norm? Moreover, for widespread 5G deployment, it needs to become financially viable. Or else rural integration will remain a pipe dream.

2019 will be the defining year. The roadmap for our digital futures is being chalked out.

(The author is the Managing Director and President, India Commercial, Dell Technologies)