The creation of a bad bank in its present format can only provide a temporary reprieve, by enabling transfer of a large chunk of NPAs, to make the banks' balance sheet look better 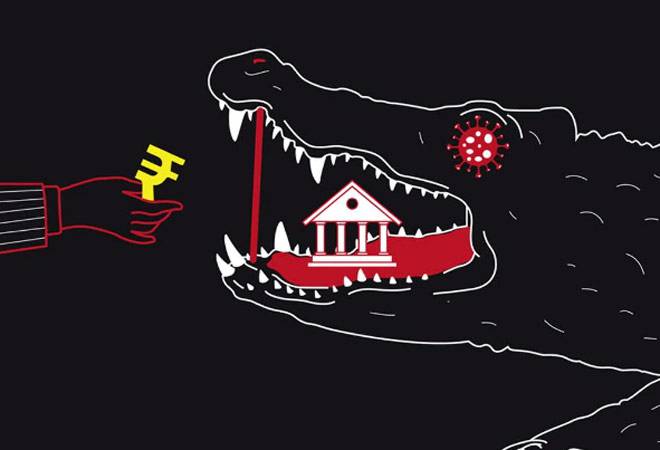 In the last few weeks, there has been a buzz around the creation of a bad bank. It is touted as a panacea for growing non-performing assets (NPAs) in the financial sector. Bad bank as a concept has worked in some countries. But the proposed bad bank in its current structure could at best be a quarantine centre. It is neither the vaccine nor the ventilator for NPAs.

Each new idea raises some dreams. To illustrate, the Insolvency and Bankruptcy Code (IBC) is a testimony. It was a milestone event, enthused the financial markets like nothing seen before, helped improve India's ranking in ease of doing business, changed DNA of borrowers towards lenders, and redefined banker-borrower equation.

IBC is also credited with many high-profile successes. However, with lack of investor interest and four out of five IBC accounts heading for liquidation, the process has led to massive value destruction. Reference to IBC is suspended for one year in view of the current coronavirus pandemic.

The idea of a bad bank in India first appeared in the government's official document--The Economic Survey of 2016-17. It examined the problem of Public Sector Banks' NPAs, the options available with them for resolution, their limitations and suggested creation of Public Sector Rehabilitation Agency (PARA) - the genesis of discussion around 'bad bank' in recent years.

Then came the bad bank experiment 2.0, contained as a part of Project Sashakt, a set of recommendations by a three-member bankers' committee set up by the government in 2019. For loans above Rs 500 crore, it suggested a combination of an Asset Management Company (AMC) and an Alternative Investment Fund (AIF) model, as the proposed bad bank.

For the rest, it proposed an in-house resolution by banks themselves either singly (up to Rs 50 crores) or through an Inter Creditor Agreement (Rs 50-500 crore).

And now the proposed bad bank 3.0, which envisages a National Asset Reconstruction Company Ltd (NARCL), with funding support from the government to acquire assets at net book value. The management will be left to a professionally run AMC.  It is seeking some regulatory relaxations from RBI including permission to transfer fraud accounts.

Agreed, the time has come, banks have to focus more on credit growth to keep the wheels of economy running rather than focus on NPA Management, with economic recession looming around. It is better to quarantine sick accounts and decouple them from healthy credit to accelerate credit flow to support economic revival.

But the creation of a bad bank in its present format can only provide a temporary reprieve, by enabling transfer of a large chunk of NPAs, to make the banks' balance sheet look better. But it does not address the structural problems of resolution and can be viewed more as a soft option and a sort of 'window dressing'.

In 2011, a Key Advisory Group (KAG) was constituted by the Ministry of Finance on ARC sector, which included bankers, regulators, government, rating agencies, legal firms, industry bodies, etc. The KAG, after submitting its recommendations, was required to work as a standing committee. Had the KAG continued functioning, the ARC framework would have possibly been considerably strengthened.

The KAG examined cross country experience on each of the aspects listed below.

Maybe it is a good idea to reconstitute a KAG and come out with best-fit strategy at this time, amongst which bad bank can be an area for deliberation by all stakeholders.

In its present shape, the proposed National ARC has two major roadblocks.

1. The first area is putting public money for acquisition of bad assets. After long deliberations, SARFAESI Act 2002 was passed for the creation of ARCs in India, which preferred the non-governmental market-based model versus government-owned and supported model. In its present proposed structure, the proposed bad bank would be an ARC under SARFAESI but funded by the government.

Government funding bad assets will have moral hazard issues. It will essentially translate into a sort of nationalisation of bad debts.

2. In its present structure, it will only be a 29th ARC. It may be much bigger, much stronger than all ARCs put together, and envisages having a commanding height in the NPA market. So far so good. But there cannot be any special dispensations, leading to monopolistic and restrictive practices and deny level playing field to other similar, athough smaller entities.

Now a bit of reality check with statistical data: 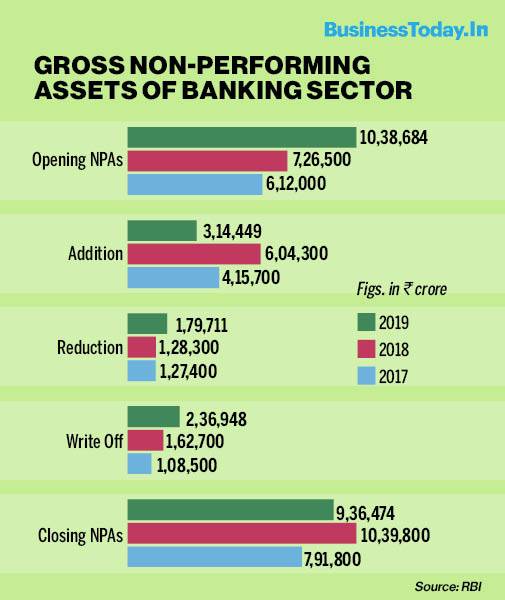 NPA is two dimensional. It is a stock and a flow. Closing NPAs represents the stock of NPAs, and additions represent the flows.

The proposed bad bank is obsessed with reducing the NPA stock, which is a much lesser problem, rather than contain additions or flow, which is a bigger problem. The challenge is how to reduce accretion which can possibly be done through several structural measures including, but not limited to improvement in credit underwriting skills. Next of course may be unpalatable, stopping directed lending and avoidance of ALM mismatch by staying away from long term infrastructure funding, etc.

And the next question is how to drive the resolution within the existing framework. and value maximisation. Critical issues affecting resolution and recommended enabling legislation, dedicated tribunals, fast-tracking of the processes need to be deliberated at length.

Finally, the exit strategy - how to persuade the fat investor to loosen his purse strings and write the cheque. Here, the proponents can explore the growth of a secondary loan market, and distressed debt in particular with a greater focus on market making, price discovery, and infusing liquidity into the system. As recommended by the task force on secondary loan market, the first step is the creation of a self-regulatory body (SRO) in this regard.

NPA is a pandemic. For a meaningful impact you need all three. 1. vaccine (stopping large scale accretion of new NPA) 2. quarantine centre (which the proposed bad bank is focussed on) and the critical part 3. ventilators (entry of risk capital with risk appetite for giving clean exit).

(The writer is a policy analyst and columnist. Views personal)