The government should aim for a balance between reducing the fiscal deficit to a level that can be financed comfortably by the markets, and prioritising spending on those areas that will boost confidence and growth 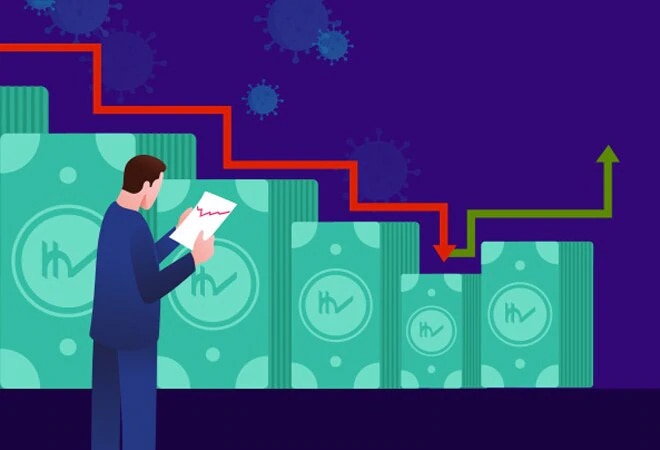 In light of the expected rebound in revenues, a revenue deficit of 3.5% of GDP and a fiscal deficit of around 5% of GDP for the government in FY2022 may provide enough space for prioritising health expenditure, vaccine rollout and capital spending

The Union Budget is always awaited with great anticipation, but the expectations are all the more heightened in these uncertain times. The Union Budget 2021 is being prepared and presented as the Indian economy is attempting to exit the historic recession, even as ambiguity persists regarding the likely structure and resilience of the post-COVID economic reality.

FY2022 brings with it the promise of double-digit GDP expansion, as well as a rebound in government revenues, that globally fell victim to the pandemic. The government should aim for a balance between reducing the fiscal deficit to a level that can be financed comfortably by the markets, and prioritising spending on those areas that will boost confidence and growth.

Firstly, an adequate budgetary outlay for the rollout of the COVID-19 vaccines will boost the sentiment of the economic agents and nudge their decision-making regarding both consumption and investment. The faster the vaccine rollout gathers traction, the quicker behaviour will revert to the pre-COVID situation, and relative normalcy will be restored to economic activity. In addition, the allocations towards the health sector should be increased, relative to the recent level, which has been rather subdued.

Moreover, capital expenditure and infrastructure spending should be accorded as much priority as feasible within the budgetary constraints. Projects that have already been identified in the National Infrastructure Pipeline (NIP), and where the plans are at an advanced stage, should receive expedited financing. Their swift take-off will help create a multiplier effect, strengthen the nascent economic revival and help create new jobs in the economy.

Another area of attention will be to ensure pending subsidies and other governmental dues are released expeditiously, and that they are paid as they accrue in the next fiscal year. This will ensure no amount needs to be carried forward to the subsequent year, which would boost the transparency of expenditure.

Further, clearance of any arrears, pending dues to contractors and vendors, as well as expediting any tax refunds will help put valuable resources in the hands of corporates and individuals and go a long way in improving the sentiment in the economy by driving investment and consumption.

The pandemic has adversely impacted the self-employed, smaller enterprises, and the informal and contact-intensive sectors. An urban equivalent of the Mahatma Gandhi National Rural Employment Guarantee Programme (MGNREGP) may convince migrant labourers who are lingering in the hinterland, fearing the unavailability of jobs, to return to urban areas.

Such a self-selecting programme would offer social security to a significant section of the working population, boost consumption demand, restart remittances, and also enhance the pool of labour available in the urban areas for the private sector.

Moreover, an adequate allocation for the existing MGNREGP would sustain rural consumption demand, which would further support the growth prospects of the economy. Further, new schemes focused on agriculture, the rural economy and the MSMEs, especially intended to support job creation, may be considered in the budget.

For FY2022, ICRA expects the public banks to break even, even in a worst-case scenario, with the possibility of a return on equity (RoE) of around 5% in a favourable scenario, which suggests that their capital requirements will be lower because of the reduced losses. However, capital requirements would arise on account of the estimated Rs. 23,000-crore Additional Tier I (AT-I) bonds, where a call option would fall due next year.

Hence, public banks will require capital not only for growth but also to replace these bonds to maintain their capital profiles. Factoring in these two requirements, ICRA estimates the capital requirements for public banks to be negligible in a favourable scenario (RoE of 5%), but up to Rs. 430 billion in a worst-case scenario.

In light of the expected rebound in revenues, a revenue deficit of 3.5% of GDP and a fiscal deficit of around 5% of GDP for the government in FY2022 may provide enough space for prioritising health expenditure, vaccine rollout and capital spending.

Additionally, a fiscal deficit target of 3.5% of gross state domestic product (GSDP) for the state governments for FY2022, may allow them to prioritise a portion of the capital expenditure that had to be deferred during the pandemic and provide some funds towards projects under the NIP.

Our calculations entail a general government fiscal deficit of around 8.5% of GDP in FY2022, which would translate to gross dated borrowings of Rs 20.5 lakh crore by the government and the state governments. Borrowings beyond this level may be difficult to absorb by the market.

In any case, with no further rate easing likely from the Monetary Policy Committee (MPC) and the central bank expected to gradually unwind the substantial surplus of systemic liquidity, the yield curve is expected to rise in FY2022.

(The author is Managing Director and Group CEO, ICRA.)