Haryana jobs reservation and the politics of convenience 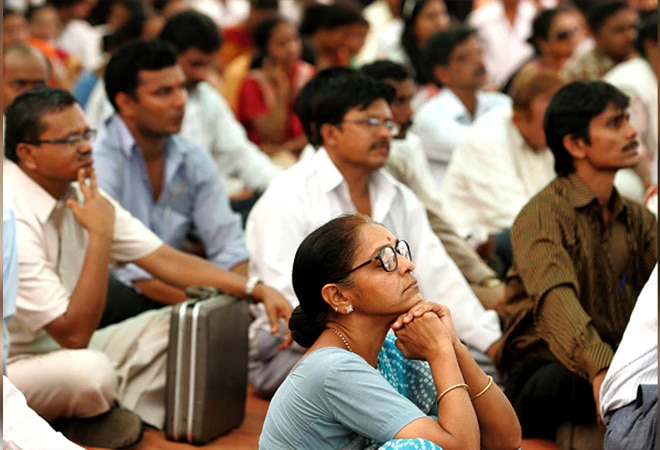 Haryana joins several states that have resorted to populist measure of job reservations for locals in the private sector.  There is a certain pattern that is becoming clear during the recent period.  State governments are on a "policy-law-copy" mode thus setting in motion a vicious and unhealthy competitive federalism.

These measures are not going to help the targeted social groups nor the business. Some of them like jobs for locals (JFL) militate against the letter and the spirit of Constitution and One Nation Idea. Also they do not make economic sense. Then why do they do?

It all started with the subaltern politics unleashed by Dravidian Movement in Tamil Nadu which assumed tremendous political force during the 1960s which eventually led to dethroning of Congress party and possibly a permanent establishment of Dravidian parties in power.  Simultaneously, the Shiv Sena in Maharashtra started championing the cause of locals.

Typically, the subaltern politics relying on "identity politics" play out in the urban areas and attack "outsiders" who steal "jobs" which are preferred by locals and not those who bring in "capital".  During the command economy JFL campaign attacked the government as it was the major employment generating economic entities.  The private sector was a marginal player and hence remained virtually untouched.

But with economic reforms, government's role in employment generation has declined while that of the private sector including the informal sector has assumed great importance.  The post-reform period has witnessed initially "jobless growth" and then "job-loss growth".  The rising unemployment on the one hand and increasing incidence of precarious and low-income earning jobs on the other hand have become politically problematic.  COVID-19 has intensified this both significantly and even dangerously.

The government has then relied on two populist measures. One, going by the false theory that labour regulations hinder job-creation, many states since 2014 and especially during COVID-19 times have introduced labour law reforms providing considerable labour market flexibility to the private sector employers.

At the same time, in line with the neoliberal precepts of "state retrenchment" and "minimalist government" the government does not perceive itself as responsible for creating jobs. Its job is to deregulate the labour market, privatise the public sector, and corporatise the department-governed enterprises and infuse liquidity in the system.  This has been bolstered by the "self-reliance" philosophy.  Put simply, the government has little to do in the economy.  People and the private sector must grab the incentives and will have to assume the mantle of contributing to economic growth process and pay taxes.

If there is local or regional unemployment which is leading locals to migrate to other unfriendly regions then as caring and paternalistic State it is the duty of the government to ensure that their beloved natives stay within their "geo-political" boundaries which are co-terminus with their "electoral boundaries".  Further, since the private sector entities are the primary job-creators and the State has afforded them economic and labour market incentives, they must logically generate jobs and these jobs be better reserved for the natives.

The logical question then is whether the workforce in Haryana or Karnataka has relevant skills necessary for being employable by the private sector? The Apprenticeship Act, 1961 will take care of this aspect.  The Skills India Mission will bolster skilling initiatives. So, the government is clear that all aspects have been taken care of.

But the devil is in the details. There is no concrete evidence that labour law reforms will promote employment generation. The skilling framework and the initiatives are extremely inadequate, and the audits are critical.  JFH cannot be a short-term solution as skilling is a long-term project involving considerable planning and effective implementation.

The government has not earned reputation to do either.  But government needs short-term political rewards.  On the other hand, the "other state governments" are doing rational politics.  So, the competitive federalism relying on false economic rationale and riding on populist politics do not care. The migrant workers' issues are burning "political" issues and hence solutions must be found in "political spaces". The government will not assume any responsibility towards them save extending some paltry doles, and will not even bother to provide statistics on their poor economic plight.

But it has powers to enact laws which it can wield as suiting their populist and neoliberal politics. So the state governments have been issuing ordinances and notifications brushing aside legislative processes with such speed hitherto unwitnessed during the COVID-19 times, regulating and deregulating every segment of economy and society. JFL is a convenient political solution for another reason. Statistical data by governments in modern times have become rare and even if available are not reliable. Laws need to be legislated for political propaganda.

The private sector may not implement even if genuinely wanted to in its bid to reduce labour costs where possible. But even if they did not, the government is not going to punish it: will it? All that the private companies have to do is to inform the government for bureaucratic purposes. Will they be hauled up for non-compliance? No. So, it is a win-win political economic solution. So, why agitate? Be cool.

K.R. Shyam Sundar is a labour economist and professor in Human Resource Management at XLRI Jamshedpur.