India's e-payments space: A dawn or down of retail in India?

With the government unwilling to foot the bill on digital transactions and no viable business model for banks, there are no incentives for banks to maintain the UPI infrastructure 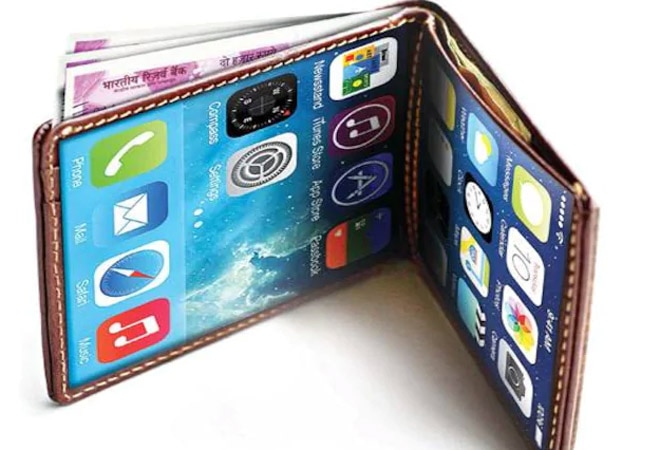 Technology companies like Google, Facebook, and Amazon are now in a new competition amongst themselves. There is a race to digitise small businesses in India by opening digital storefronts.

More than 90% of Indian retail is unorganised and large organised retailers have not been able to crack mom-and-pop stores in India called Kiranas. They also hold an undisputed sway - 98% of the grocery retail market. Therein lies the unique opportunity to make them a part of the formal organised ecosystem.

Technology companies now have a new tool that will help them with this effort, in the form of the Unified Payments Interface (UPI) - which offers zero-cost payments (for now).

Also Read: RIL, Google, Facebook to be pitted against Visa, Mastercard; here's how

Within the UPI, there is now a growing type of transaction known as person-to-person-merchant (P2PM) for offline payments through QR codes. These merchants are micro-retailers and will be exempt from paying the merchant discount rate (MDR), the interchange fee paid to banks by businesses to carry out digital transactions.

Merchants who have an inward transaction of less than Rs 50,000 a month will be exempted from paying interchange fees to the bank or fintechs that acquired them. Moreover, even if they exceed the Rs 50,000 a month limit, the finance ministry has continued the zero-MDR regime for UPI and RuPay systems.

You just don't pay with money

While zero-cost transactions will help drive up the volume of payments on UPI, they could also bake in some perverse incentives. It creates conditions for payment companies to sell customer data for cross-selling products. For tech companies like Google, Facebook, and Amazon, these conditions allow the perfect opportunity to build new, highly vertically integrated products that can help feed into their core businesses. For Google and Facebook, it is their online advertising business and for Amazon, the financial data will feed into their core retail and e-commerce businesses.

WhatsApp updated its user conditions as well as the privacy policy and laid the groundwork for Facebook's next phase of revenue growth. Facebook would want to use WhatsApp's payments feature to gather granular financial data of its users and use it as a flywheel for Facebook's advertising business. India is a key testing ground for Facebook's ambitions and WhatsApp's access to UPI is an essential cog.

The NPCI's Circular 32 allows companies like Facebook, Google, and Amazon for Indian payment subsidiaries to share data with their parent companies. Though the Indian payment subsidiaries are not profitable, the data it collects can be used to improve its core businesses - online advertising for Google and Facebook and retail operations for Amazon.

In September 2019, Google announced two new products called Google Pay Business and Google Spot which aim to digitise small businesses by setting up a digital storefront on the Google Pay application for a fee.

Amazon, too, is ramping up its efforts to get more small businesses on board, as announced by Jeff Bezos last year. The Amazon website and app now have a programme called 'Amazon Pay Smart Stores' for merchants to increase their footfall and help them offer targeted deals to customers.

After all, vertical integration isn't a new thing in the payments industry. Indian banks have been selling point-of-sales (PoS) machines so that merchants could open current accounts for their businesses, which would give the banks a detailed view into the establishment's finances and offer other financial products.

It seems there is enough competition between the players for a healthy competitive market for acquiring merchants. But on closer examination, these efforts will lead to a concentration of only a few players; combined with the NPCI's circular which caps the market size of each player to 30% might lead to oligopolistic conditions. There is another layer of concentration in the UPI ecosystem. Though the UPI has 213 member banks, six banks dominate the ecosystem. Banks like State Bank of India, HDFC Bank, ICICI Bank, and Axis Bank are the performing banks on the UPI.

They also control the software code for third-party applications to access the UPI, thus having an abnormal sway on the ecosystem. Incidentally, these banks also issue the highest number of credit cards and have also made deep inroads into deploying POS machines for merchants to accept all card payments. But with the zero-MDR regime, banks lose out on making revenue for facilitating payments. This puts the banks and third-party applications at odds with each other.

The cost of 'free'

With the government unwilling to foot the bill on digital transactions and no viable business model for banks, there are no incentives for banks to maintain the UPI infrastructure. The UPI is now a four-way system and must probably navigate seven entities for a single transaction. An example of a P2P transaction is more illustrative:

NPCI occupies a unique position. Apart from the UPI, it operates and owns 11 payment systems in the country including the National Financial Switch (NFS), the Cheque Truncation System (CTS), the Bharat Bill Payment System (BBPS), the Aadhaar Payments Bridge (APB), and FASTag. Thus, the NPCI has a virtual monopoly over all retail payment systems in India.

The RBI, to mitigate potential systemic risks posed by NPCI, has floated the creation of a new concept called New Umbrella Entity (NUE) for retail payments.

There are now six consortiums applying for an NUE licence with several big tech companies and banks forming alliances.

The licensing guidelines mention that NUEs should strive for interoperability between the NPCI's systems. There are some concerns among applicants on how they would meet these guidelines.

Payments banks, as an experiment by the RBI to deepen retail payments, have not been proven to be a success yet, as most applicants have surrendered their licence without a viable business model. Eleven licences were issued by the RBI in 2015 and now only four continue to remain operational.

The payments space in India is tangled in various knots and there are many teething issues that will arise in the future.

Untangling these knots is not easy and requires the application of different laws dealing with data protection, consumer protection, and competition. However, a start for the payments space could be in allowing market forces to prevail and abandon the zero-MDR regime.

Cost-ceiling on transactions can act as a necessary brake, lest the payments space crashes into a wall.

How Millennials, Gen Z are shifting focus to balance in work life, not just work-life balance

Can a global minimum corporate tax be a game-changer for India?