Enabling effective monetary transmission would not only increase the credibility of the Central Bank but also help in strengthening the financial structure. 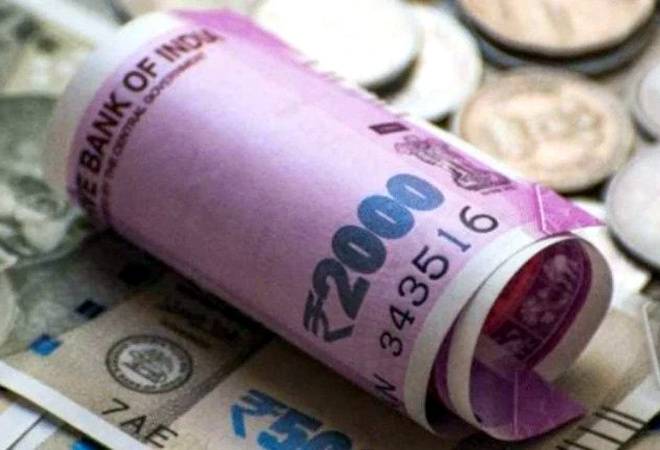 As per theory, at lower interest rates, people are expected to borrow and spend more, the more the money circulates in the economy, the greater would be the economic activity. Much, however, depends on how effectively, with respect to speed and quantum, the transmission mechanism works.

The speed and quantam at which the central bank's policy rate changes passes on to the real economy vary widely across countries. It mainly depends on two factors - the structure of the economy and the state of its financial system. In India, the Reserve Bank of India (RBI) has been ahead of the curve in monetary policy easing, reducing the repo rate by 110 bps since Feb 19 as inflation has remained within the target range since Aug 2018.

This has been the steepest rate cut since 2000, with the exception in 2008-09, i.e. during the Lehman crisis. The urgency indicates that the RBI is looking at various ways and options to increase the commercial borrowings. The pass-through of the policy rate cut to the commercial interest rates will enable corporates to borrow at lower rates.

While all these measures have resulted in slow and muted pass-through of policy rate changes to bank lending rates, it has been observed that there has been a reduction in the lag in transmission of policy rate to the commercial rates in the recent period compared to the earlier decade.

According to a study by the RBI, the transmission of the policy rate to bank credit growth usually took about seven months during 2001-2011. This has come down to an average of four to six months. During Feb-Jun 2019, when the RBI reduced repo rate by 75 bps, there was a pass-through of 29 bps in a period of about two months.

However, there have been instances of incomplete pass-through and longer period of transmission, and uneven transmission, particularly, lower during the easing phase and higher during the tightening phase. Some of the reasons behind the inflexibility of the interest rates which prevailed a decade ago still exist today.

In FY02, sharp reduction in repo rate was not reflected in bank lending rates despite measures such as lowering interest rates on small savings schemes and reduction in CRR. The reasons for downward inflexibility in transmission were high average cost of deposits, limited flexibility to reduce interest rates in the short-run, relatively high non-performing assets (NPAs), higher cost of acquiring and servicing customers, non-interest operating expenses and procedural bottlenecks in recovery of dues by banks coupled with large borrowings by the government.

Close to a decade later, the problem of rigidity in the deposits rates and issue of NPAs still prevails. As per research, the major reasons behind weak transmissions are (i) rigidity in saving deposit interest rates; (ii) competition from other financial saving instruments; and (iii) deterioration in the health of the banking sector. These issues have been discussed below:

How can this be fixed? Linking repo rate with deposit rate can address the issue and some banks are currently moving towards this system. High dependency on bank deposits for lending has resulted into interest-rate stickiness. Banks can move over to a variable interest rate structure on longer term deposits. Banks also need to look at other sources to fund lending such as issuance of debentures/commercial papers and borrowings from the capital market.

2) Deterioration in the health of the banking sector: Effective monetary transmission is impeded by weak balance sheets due to low loss-absorption capacity to deal with troubled loans. Increased cost of funds and liquidity crunch due to high NPAs impact bank's profitability, further impacting transmission. How can this be fixed? Initiatives like Insolvency Banking Code (IBC), NBFC regulations, Prompt Corrective Action (PCA) framework for PSU banks along with increased liquidity in the system has given a chance to banks to recover and transmit the benefit to its customers.

3) Competition from other financial saving instruments: With an increased risk appetite, financial literacy, good performance of stock markets and well-structured products, households are diverting a part of their savings to risky assets like mutual funds. Risk-free instruments including public provident fund, national savings certificate, etc. also compete with bank deposits. Despite quarterly review of interest rates, movement in small savings rate has remained highly inflexible. There is an increased reliance of public sector enterprises (PSEs) to source funds from National Small Savings Fund to meet their expenditure for various social schemes of the government, the re-payment of which is done by the government.

However, even as the G-sec yields have been falling since Aug 2018, interest rate on national savings schemes has increased during Oct 2018 to Mar 2019. Recently, the government reduced the interest rate on national savings schemes only by 10 bps for Jul-Sep 2019. To strengthen monetary transmission, the government needs to pro-actively peg the small savings rate with the G-sec bond yields.

Also Read: Four things to watch out for in RBI's monetary policy review

The RBI's initiative for faster monetary policy transmission: In cognisance of the less than desired transmission under the lending rate systems such as PLR, BPLR and MCLR which was internal benchmark-based and not in tandem with the global best practices, the RBI recently announced its intention to make it mandatory for banks to link all new floating rate personal or retail loans and floating rate loans to MSMEs to an external benchmark.

Several banks have already launched repo-linked lending rate (RLLR) products. The initiative by the RBI to mandate banks to reset interest rates under external benchmark at least once in three months from the earlier practice of resetting interest rates once in a year under MCLR will greatly help in transmission of the RBI's monetary policy.

In summary, the asset resolution and bank recapitalisation are expected to strengthen bank balance sheets and improve banks' willingness to change their lending rates in tandem with the change in the policy rates. India is a developing market taking proactive measures to create a robust financial infrastructure. Enabling effective monetary transmission would not only increase the credibility of the Central Bank but also help in strengthening the financial structure.

(The author is Chief Economist at Dun and Bradstreet India)