Can Rashtriya Mahila Kosh be a means of financial inclusion in India?

Bringing NFPMFIs under certain regulatory/quasi-regulatory frameworks and monitoring mechanisms, the non-profit MFIs will get a regulatory base that will help them grow

In light of the Consultative Document on Regulation of Microfinance recently published by the Reserve Bank of India (RBI), it is cardinal to accelerate Rashtriya Mahila Kosh (RMK), which seems to be phasing out.

This is because of RMK's philosophy, objective and contribution to the not-for-profit MFIs (NFPMFIs). As a subset of ministry (Women & Child Development, GOI), it has attributes of playing a larger role.

The RBI proposes to bring all banks, NBFC MFIs and Section 8 companies (having an asset size of Rs 100 crore and above), under activity-based regulation. This is a welcome drive for elevated transparency and probability of having an enormous positive impact on the sector.

As per the Microfinance Directory, 2020, in India, there were 94 NBFC MFIs, 30 NBFCs, 36 Section 8 companies,43 Societies, 19 Trusts, 12 MACS or Cooperatives promoting microfinance.

Additionally, there are 15 banks and 8 small finance banks (SFBs). As per Bharat Microfinance Report 2020, there are three Section 8 companies with portfolios above Rs 100 crore. So, discounting the three Section 8 companies, institutionally, the NFPMFIs are around 46 per cent of MFIs (including banks its 42%), will be out of purview of RBI's regulations.

Here, we need to mention that there is no definite aggregated data of Cooperative Societies and Nidhi Companies in India, catering to poor population of the country.

In 2019, as per the United Nations, there were 364 million poor people in India which was 28 per cent of the population. As per the "State of Working India 2021 - One year of COVID-19", 230 million additional individuals came under the national minimum wage poverty line.

In order to bring inclusive growth, the Centre initiated the opening of Jan Dhan Accounts, especially to reach out to the poor people, yet it is estimated that only 57% of poor Indian households hold such an account, and at the same time India has around 190 million unbanked adults.

Despite MFIs serving 1,085 active loan accounts (March 2020) through banks mostly via Jan Dhan accounts and also Direct Benefit Transfers (DBT), of government schemes 18.7 % accounts were still dormant. So, it is clear that there is poverty, unbanked population and dormant Jan Dhan Accounts.

Considering the gaps, it makes more sense to protect and bring aforementioned 46% MFIs under quasi regulation, if not direct regulation.

RMK's mission is to be a single window facilitator for the provision of financial services to backward and forward linkages for women in unorganised sectors through not-for-profit Intermediary Micro Finance Organisations (IMO) and Women Self Help Groups.

As most of the big MFIs having genesis in not-for-profit legal form, were supported by RMK. The national level organisation had supported NFPMFIs with a lenient repayment schedule which has been extremely helpful to the sector in the growth phase.

However, the percentage of recovery of the principal amount of the same time frame was around 88% which was incongruent with the repayment status of the microfinance sector (almost 100% with very insignificant aberrations).

Apparently, there may be two reasons behind the indicated tapering statistics, first "misunderstood or wrong investment", or non-repayment from the "non-MFI" segment. Lately, for whatever reason, RMK, instead of reviving its core lending initiatives, started depending on investment.

However, as a government entity with larger goals, non-repayment cannot substantiate the justification of phasing out from the industry, especially where financial inclusion in India is a far cry. Secondly, the pandemic has created havoc in the economy and the legal forms being supported by RMK are in deep crisis with respect to fund raising. RMK must resume accelerated financing to NFPMFIs more than ever. 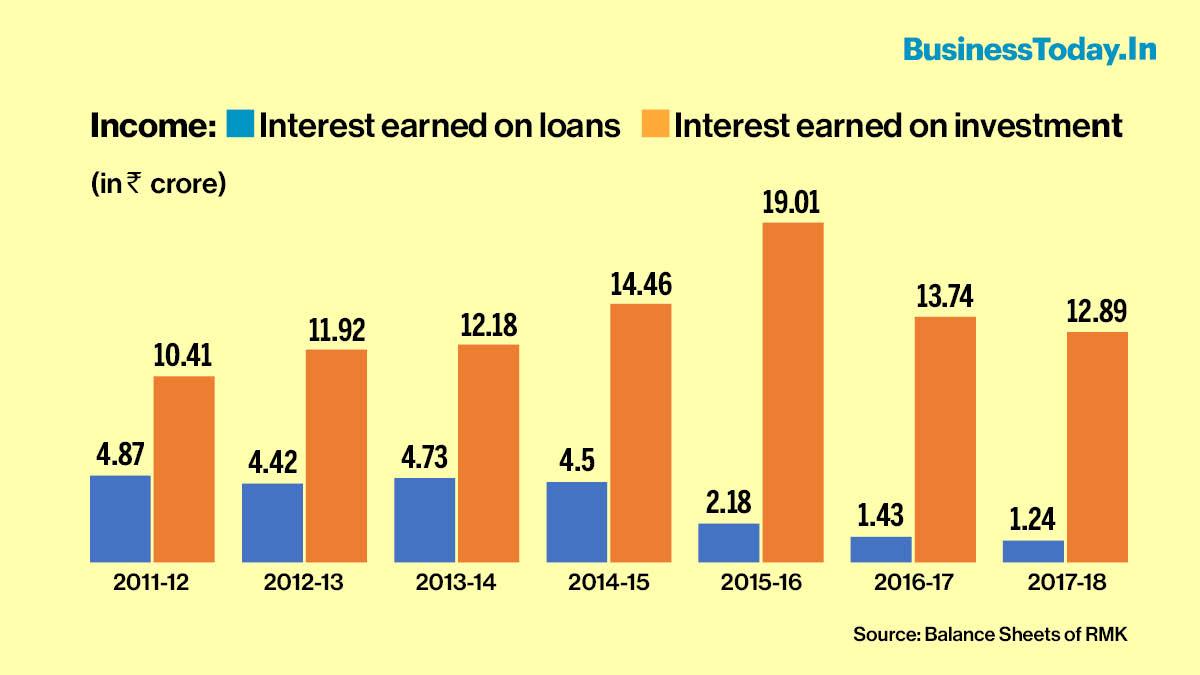 NFPMFIs, by virtue of different notifications (PSL and ECB), are indirectly endorsed by the RBI for microfinance operation, but are not included in the direct regulatory framework. So, despite their lesser cost of operation, NFPMFIs do not enjoy the attention of lenders if they are not socially committed.

Another point of discussion could be because of its legal form, NFPMFIs are barred from raising pure equity, which makes it difficult for the NFPMFIs to spread their operations.

This situation negatively impacts the rating of the MFIs which further creates a negative impact on the fund raising. This is a vicious cycle, prohibiting the growth of NFPMFIs, which needs to be severed.

Looking at the gap in financial inclusion in India and understanding the experience and efficiencies of NFPMFIs, there is a strong case for bringing them under separate regulation or a quasi-regulation. RMK, having vast experience in supporting the NGO MFIs and being a government entity, is in the best position to assume the job.

In order to revive RMK, the central government needs to constitute a task force, in which the presence of Ministry of Women and child Development, Ministry of Finance (MoF), RBI, Association of Community Development Financial Institutions, NABARD and SIDBI is imperative.

The MoF will contribute towards policy, RBI on Regulation, Association of CDFI on monitoring/reporting architecture whereas NABARD and SIDBI on the due diligence and financing intelligence.

Bringing NFPMFIs under certain regulatory/quasi regulatory frameworks and monitoring mechanisms, the non-profit MFIs will get a regulatory base which will help them grow.

To bring to notice, NFPMFIs are not only localised, but they also understand the nature of the needs and address them accordingly and are involved in social services substantially.

Many of them, despite getting ample opportunities to convert into for-profit entities, wanted to be in non-profit legal form because of their ideological beliefs and organisational goals.

(Dr. Saibal Paul is an international development professional, at present he is associated with Sa-Dhan, as Associate Director; all views are personal.)