The judiciary remains the last bastion of hope in a polity that is fast descending into moralbankruptcy, yet we are sweeping irrefutable evidence of corruption at the highest level of the judiciary under the carpet. 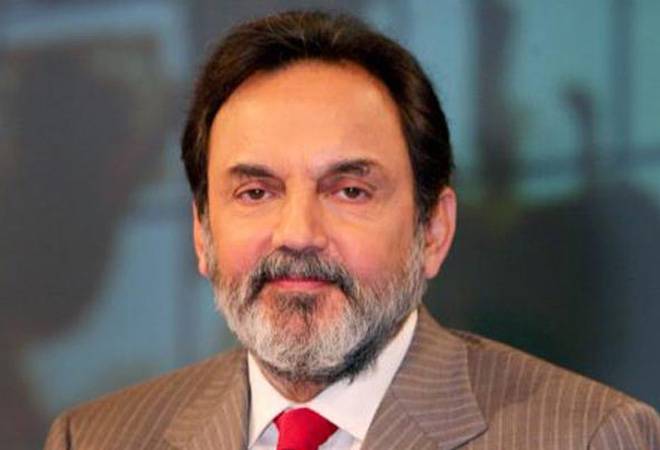 We live in a world riddled with Moral Ambiguity. Aadhar shouldbring transparency and probity in our society yet our Government has handed over our confidential secrets to private parties in a patently non-transparent way. The judiciary remains the last bastion of hope in a polity that is fast descending into moralbankruptcy, yet we are sweeping irrefutable evidence of corruption at the highest level of the judiciary under the carpet.

Our Government wishes to unveil a new golden age of moral rectitude, yet the most elementary principles of democratic plurality are being trampled by rampaging food faddists. To me, the greatest irony of the age of Social Media is that we are testing the limits of this moral ambiguity riding on the back of a virulent form of bipolar disorder. The shenanigans around NDTV are only the latest case in point.

The facts, such as we know them, can be summarized as follows. On June 2nd, 2017, a shareholder of both NDTV and ICICI Bank registered an FIR against Pranoy and Radhika Roy claiming they conspired to defraud ICICI Bank of some Rs. 48 Crores. The saga began in 2008 when the Roy striggered an open offer in the wake of their decision to buy back some shares of NDTV.

In July 2008, they obtained short term bridge finance of Rs 500 Crores from Indiabulls and then set to the task of finding a way to pay back Indiabulls. Three months later, on 23rd October, 2008, they persuaded ICICI Bank to grant them a loan of Rs. 375 Crores against a pledge of all their shares in NDTV carrying interest at roughly 19%.

On the face of it, this loan violated the Banking Regulation Act which did not allow Roys to pledge more than 30% of their shares to ICICI Bank. Just so that we don't lose perspective, this violation carries a penalty of Rs. 1 Crore or twice the amount involved, whichever is more. No jail time is prescribed. As far as I am concerned, if ICICI Bank wants Roys to pledge more shares that they are allowed to, then it's for ICICI Bank to explain what they were smoking at the time.

There is a second element to this bit. RBI's Master Circular dated 28.8.1998, clause 10(vi) requires Banks to "ensure that advance against shares are NOT USED to enable the borrower to acquire or retain controlling interest in the company/companies or to facilitate or retain inter-corporate investments." As far as I am concerned, it's something the bank needs to worry about. Besides, NDTV can argue that they took the money to pay Indiabulls, not buy shares!

You may think that is too slick by half, but then, welcome to the real world of M&A! It's called transaction structuring.

I also don't need to tell you that if you want to do something about these allegations, you have to talk to Reliance. Wildly gesticulating and screaming conspiracy theories doesn't change the fact that it's not a NDTV problem.

Now behold Act 3. With the Reliance money secured, RRPR Holding purchased more NDTV shares from the Roystill RRPR's ownership of NDTV ballooned to 29% while Roy's shareholding in NDTV dropped to 32%. Through this process, Roys also ended up personally richer by Rs. 53.85 Crores! Seen in isolation, it is debatable if a law was broken in this piece of it. The violation if any occurred under SEBI's Takeover Regulations provided you treat the Convertibles issued to Reliance as a change in control even though the Takeover Code doesn't define it like that.

On a worse case basis, should SEBI decide that a violation had occurred, the Roys will pay a penalty in an amount not exceeding Rs. 1 Crore. This is something for SEBI to look at, not the local thanedaar!

This brings us to the final and fourth act. On August 6th, 2009, ten months after the loan was taken, ICICI Bank entered into a settlement with the Roys, and accepted the reduced sum of Rs. 350 Crores in settlement of the outstanding. As confirmed by a letter of August 7th, 2009, ICICI Bank treated the debt as fully paid though RRPR Holdings still showed a pending amount of Rs 4.4 Crores as due.

On this basis, the FIR claims that ICICI Bank gave up Rs 4.4 Crores of principal amount due with interest on top, thus taking a net haircut of Rs 48 Crores.

No doubt, there is reason to pause. Did ICICI Bank take a genuine commercial haircut or did it get scalped? Considering that the Roy's ended up with an extra Rs 53.85 Crores in their personal accounts, they were clearly capable of giving Rs 48 Crores to the bank. I am sure there is much to be said on both sides of this subject.

I do observe though that settling a loan too cheap is something RBI would normally look at as a governance issue, not CBI, and most certainly not at the instance of a minor shareholder of ICICI Bank. It's not a crime for a Bank to take a haircut. We need more substance to sustain an allegation of fraud, though fraud it may well be. I looked hard at the FIR and found nothing more than vague allegations in highly emotive rhetoric all but drowning under ridiculous verbosity and split infinitives.

In this, the FIR is unexceptional. Desi FIRs engage in spin doctoring all the time, mainly in order to stretch the accusations beyond their natural logic and get maximum flexibility for constructing alternative narratives in the future. If someone objects to the verbiage, the cops shrug: "oh but this is an FIR and the investigation is still to come".

That may well be but the same verbiage allows the cops to swoop into the homes of the accused at all hours of the day or night and arrest the poor victim without just cause. As for the rest of us, we withdraw into a shell and weakly protest that "there can be no smoke without fire". Never do we stop to ask what indeed is the precise nature of the ostensible fire that created this dramatic smoke?

Viewed from a distance, the same set of interconnected facts has seen NDTV repeatedly attacked over the last several years. In 2014, the Income Tax Department accused the Roys of not paying tax on the money they made on the sale of NDTV shares to RRPR. The Roys claim the Department's lawyer has stalled the proceedings for years together and doesn't allow them to be heard.

SEBI has been examining the legality of a range of actions taken by NDTV for a decade now. On June 8th, 2016, it issued a show cause notice to NDTV for violation of the Takeover Code amongst other things. This too has been hanging fire for a long time.

At the end of the day then, what are we to make of the fate of a TV channel that has frequently been critical of the Government? If you smell smoke in ICICI Bank's Rs. 48 Crore haircut, wouldn't you argue that the press cannot claim immunity from prosecution on the patently dishonest argument that it would muzzle freedom of speech?

Would you have a competent investigation look at this extraordinary transaction with an open mind, or is NDTV a holy cow you can't hurt? On the other hand, considering that the essential facts we related here have been in the public domain for several years, exactly what did the CBI expect to find in the home of the Roys in the middle of the night?

When the same set of facts transforms year after year into a new and fresh prosecution, are you not entitled to think that we have ourselves a witch hunt? Would you not argue that NDTV is taking heat exactly as the Rehajas did after Outlook published a story about Atal Bihari Vajpayee's foster son-in-law, and as Ram Nath Goenka did during the Emergency? Do I have a problem with pattern recognition, or am I just prejudiced?

Once again, I find myself confronted by a morally ambiguous question to which there is no simple answer. No one here smells of fresh roses in the rain. Forced to a choice, I find myself reluctantly coming down in defense of those who are clearly not squeaky clean, on the principle that whatever be their sins, they are more sinned against than sinning.

Rivers with legal rights of a human