'I visited the Taj in Agra and spent some time with the UP police. It was phenomenal to know how they are using Twitter, how it is an integral part of everything that they do.' 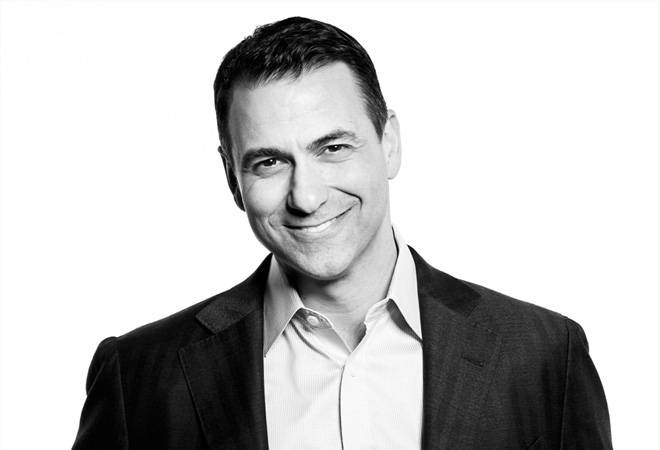 Social media platform Twitter has turned profitable for the first time in the 12 years of its existence. The company reported a USD 91 million profit after years of negative revenue and user growth. In a conversation with Ajita Shashidhar, Matt Derella, Vice-President, Global Business Operations, Twitter, who was recently in Mumbai, said, "We finished 2017 with a credible momentum (17% growth) and we look at 2018 as a year of growth, and internationally, especially India, is where a large part our growth is going to come from."

The road to profitability for Twitter has been a tough one. Can you tell us what it took to become profitable?

We are profitable for the first time after 12 years. 2017 was a transformation year. We had to do some hard things. We restructured the organisation, we simplified it, we sunset some products, we sold some businesses like Fabric, shut down products like Vine. It was really painful, but was necessary for us to get the focus that lead to the incredible financial strength that we now have.

Like lot of companies we had tried to do too much. Jack (Jack Dorsey, Founder, Twitter) played a phenomenal role as a leader to  really get us focused on what makes Twitter so special. For years people had mixed up Twitter and Facebook. Users would come to Twitter and be confused and disappointed that they are not connecting with friends and seeing baby pictures. That's not what Twitter is. Twitter is the best way to see what's happening, what's the world is talking about. It's about organising principles around people's interests, their passions and events that are happening. So, getting really clear on that led to clarity on what products to build, led to clarity on what businesses we want to really focus. We want to focus on the best of Twitter for marketers, that really gets back to launching products, helping brands to connect with what people are talking about. It gets to providing a place to brands to promote their identity to people. This had led to positive user growth. We have had eight quarters of user growth, five quarters of double digit DAU (daily active user) growth. In the fourth quarter we had a 7% year-on-year growth on our ads business which is our core business, with really strong growth internationally, and that allowed us to get profitable. I think we are the only internet company that went from negative revenue, users in negative, to positive users and positive revenue and get profitable in 18 months. But it's actually just the beginning.

Did you lay off people?

Yes, we did. We had to do it to eliminate costs and accelerate revenue. But that was the past, we now are financially strong and the next 10 years will be all about growth. We are very well positioned for the long-term, being a 90% mobile company and being a company that has unique insights for brands about what the consumers are talking about.

Where is India in your overall strategy?

We don't share numbers, but APAC is an increasingly large part of our revenue and fastest growing, 17% year-on-year. This is my first trip to India, and that is intentional as we think we have a massive opportunity in the user side. There are 530 million smartphone users in India which gets us excited. The Government is using Twitter interestingly, people in business are using it to connect with consumers, there are some innovations happening here which we are going to share across the world as best practices.

I visited the Taj in Agra and spent some time with the UP police. It was phenomenal to know how they are using Twitter, how it is an integral part of everything that they do. I got to talk to people who are involved in the movement to get women voice. I am really excited.

In India, close to 90% of digital spends happen on Facebook and Google, isn't that a matter of concern for you?

Google and Facebook are quite powerful in their positioning even globally. That's true, but I don't think it will be true forever. As I see the growth rates, the upward trajectory of businesses in India, I feel confident. I think it's a natural shift of investment to follow where consumer interest is but I do think there is more to be done on the digital side. The burden is on us as partners to prove that everything works. One of the biggest investments that we have made is measurement. We increased our spends on measurement studies by 60%. Our ambition is that every single brand that advertises on Twitter actually has research to prove what it does. As that gets sophisticated, the market will continue to accelerate.

Twitter is increasingly becoming a haven for fake news, how are you countering that?

It's an issue that is facing us as well as others. Its number one priority of our company to get this right. Twitter being open to public, often times it allows us to clarify what's happening. We are using machinery and deep learning to try to rule out delivering misinformation. Today, if anyone goes to the explore tab, you will see series of different moments that are curated by editors who we have hired as well as content creators around what matters right now. I think that's one way to go and instantly find out what's happening from credible sources. However, we have more work to do there.

Why wouldn't they? I don't think it's a choice between one and the other. What Twitter does exceptionally well is that our whole platform is built around interests, so we are able to help brands to start with what their consumers are interested in and then work backward from there in terms of what their messaging could be. That's a fundamentally different model and its proven consistently to be more effective. In India it's proven that Twitter works 40% stronger in driving sales than other channels. The reason for that is our ads are more relevant and people come to this platform with the desire to seek information, so that leads to a better ROI. We see that in the data too. In the last quarter we saw an engagement on ads on parameters such as 'relevance' as a keyword was up by 7%, so our machines are really smart about catching the right ad for the right person at the right time.

'The next big growth for us will come from digital'