In an interview with Business Today, Himanshu Rai, director, IIM Indore, says that the mission of his institution is to be contextually relevant, socially conscious and world class 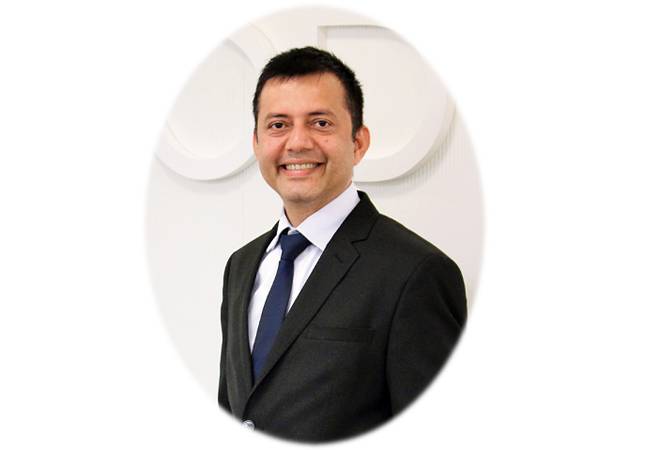 The thrust that prime minister Narendra Modi-led government is giving to social infrastructure projects such as Swachh Bharat, and the firmness with which it wants Indian businesses to fulfil their corporate social responsibility (CSR) norms, socially aware corporate leaders are becoming an integral part of the corporate world. One of India's leading business schools, Indian Institute of Management (IIM), Indore has already taken up this agenda in a big way. In an interview with Business Today, Himanshu Rai, director, IIM Indore, says that the mission of his institution is to be contextually relevant, socially conscious and world class.

It's been less than a year since you took over as the director of IIM Indore. What are your immediate priorities?

We are implementing our mission diligently, which is to become a contextually relevant, world class and socially conscious institution. To be contextually relevant, we are expanding the number of our partners (foreign universities and business schools). We have a Rs-150 crore infrastructure development project to build world class facilities within the campus. In terms of socially conscious projects, we want to solve one problem identified by the state (or central government) every year. We have rural engagement programme in association with the state government and UNICEF.

What do you mean by being contextually relevant?

We have formed an international advisory board, and we are in the process of signing MoUs with five business universities including the University of Queensland in Australia, Politecnico di Milano, Italy, and the University of Liverpool. We are in advanced talks with another five business schools. By the end of this year, we will have 10 MoUs. With University of Queensland, it will be a faculty and doctoral student exchange programme. With Politecnico, we might go for undergraduate exchange. With others, it is going to be both faculty exchange as well as student exchange.

Similarly, we have started a certificate programme in Dubai. The first batch with 39 students started in June and we are already receiving applications for the October batch. So, we are to increase it to three batches in a year. This is general management.

Is this enough to make your students future ready in times of fast changing technology?

We have a certificate programme - International Programme on Business Analytics (IPBA) - that we launched with our partner Jigsaw. We have a batch of 65, all working executives. This is mainly online with one or two campus components. We are also in advanced discussions with Business School in Colombo, who wants to send their students for a one-year programme here. They do one year there, one year here. Going forward, we will look at dual degree programmes for our students as well who can spend one year here and another at some other business school abroad. We already have two trumps - the AMBA (Association of MBAs) accreditation and the AACSB  (Association to Advance Collegiate Schools of Business) accreditation. The third crown that we are hoping to earn is EQUIS. The peer view team will visit us in September. Even today, we are the only one among India's 10 schools to have the double crown.

Could you explain the social conscious aspect?

That is the most important component. We have solved at least one problem of the state, or even the country depending on the problem and depending on who invites us, every year. On my 100th day, I gave a report, along with two of my faculty members, to Indore Police on how to solve the traffic problem in the city. For that, we did satellite surveys and looked at google images to gauge how traffic moved on a particular day. We gave our suggestions based on what we call the 5E approach for traffic. The 5Es are education, enforcement, environment, emergency and engineering (which include as to where we need flyovers or bypass or whether we need to dismantle some structures). Not only did we do this, while most IIMs, business schools, universities believe in creating and disseminating knowledge, we are also going to create, disseminate and practice.

For example, in line with the traffic report, nobody is now allowed to enter or leave the campus without a helmet now. Second, we are going for massive greenificaiton of the campus. We are looking at solar options. About two weeks ago, I summarily banned plastic bottles. My aim is to make the campus completely plastic free over the next three to four years. Whatever food we monitor being wasted, we use it for our dog shelter, the rest we turn into compost. Our entire cooking in the mess is done by using biofuel. We are also looking at rainwater harvesting.

The third part of the social consciousness is about rural engagement programme. All our students go and stay in a village for one week. This is done in conjunction and partnership with MP State Administration and UNICEF. Until now they were only required to report the status of one of the government schemes. Now they will not only report, but also find out the problems and suggest solutions. They will own it up even after they leave the institution. So, they will be made the owners of a particular scheme. Normally 20 villages are covered in a year. We have adopted five schools around our campus. We train their teachers. We provide them something they desperately need as they wait for the government grant. We bring those children to our campus to show them around and to motivate them. We are constantly thinking of newer ways as to what more can we do. I am in talks with UNICEF. We are planning to establish a research chair here to look at such issues.

Also read:Why the barriers to scale are high in co-working