Gary Knell: Indian market, with 800 million people under the age of 35, is an amazing opportunity for us 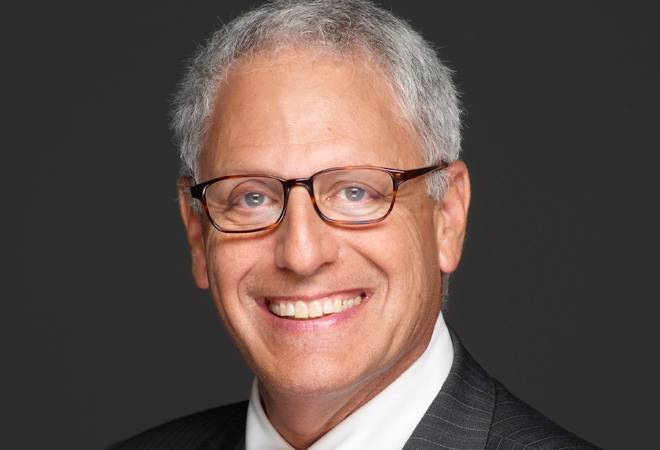 Gary Knell, Chairman, National Geographic Partners speaks to Business Today on the challenges of a legacy brand in a digital world that has to compete with everything, from the most serious issues to the frivolous cat videos. In a world where great photos have become a commodity and breaking news is ubiquitous, Knell shares how they are betting on bigger and tougher projects. This year, their film Free Solo won the biggest acclaim, the Oscar in the Best Documentary Feature.

Business Today: How will the future of entertainment pan out?

Gary Knell: Globally, the media industry is in a state of disruption and consolidation. A lot of that is being contributed by the digital disruption. We're moving from a prix fixe era of consumption to that of an a la carte. So, whether it was a magazine presenting certain articles to you, or a television network presenting certain shows at a certain time, now there are more choices for viewers and readers. This is certainly true for younger generations. Children have no concept of what it is like to wait for the next show of a series to come in. As a result, we compete against every piece of content ever created. We're competing against everything from Gone with the Wind to a cat video. So, the question is how National Geographic, or anyone, breaks through the clutter. That is the challenge publishers and content creators are facing.

BT: Nat Geo recently underwent the entire reinventing of its brand and key propositions. Please elaborate on that.

Knell: We like to say that we are promoting relevance over reverence. We are a revered, respected and trusted brand at a time when many media brands are not trusted, especially in the US. However, I think, in many ways, authority has been taken down by some notches by social media. Now you have voices of disruption and opposition questioning accuracy and truthfulness. National Geographic has always stood for science and fact-based content. At a time when people are questioning science or whether there exists any such thing as fact-based content, we have taken these issues head on. We have tackled things like race and gender, answering questions such as what it means to be a girl in 2019 in 70 different countries. We are essentially using issues that are common to people. We have used the power of photography to show nuances of race and gender as two examples. These are current issues engaging the people around. But, they're not being told in kind of a newspaper fashion. It is not breaking news. It is more about giving a broader historic, cultural and visual context to these important issues.

BT: Publishers now are struggling with issues such as fake news and propaganda. There is also the rise of the short snappy content. How are you as a legacy brand reorienting to these new realities and new forms of content.

Knell: National Geographic has gone on this journey from being a fairly dry and almost academic journal, to being the first one to popularise magazine photography and then getting into TV in 1960s. It had a show on Everest, which was nationally shown in the US in front of 45 million people in one night, which is a huge audience. It was about the first climb of Everest. We transitioned over time into 24/7 networks - National Geographic channel and Nat Geo Wild - which are in 170 countries around the world. We are the number one social media brand in the world. We have 102 million Instagram followers and we're gaining 100,000 Instagram followers a day. We just passed Nicki Minaj and we're coming up on Justin Bieber. So, I'm not going to rest until that happens. You have got to be relevant. You have got to be in people's lives and to me it's almost being platform agnostic. If you try to stick only to paper and publishing, it is not going to end well.

BT: With a plethora of platforms available, content creators and publishers are expected to be present everywhere. How are you breaking through the clutter?

Knell: There is a creative challenge in being able to use these platforms to represent your brand in ways that people are expecting. Nat Geo has been known for great photography, journalism and maps. The issue for us is how we maintain a quality and relevance of our maps in a world with Google Maps. How we maintain a demand for great photography when smartphones have made photography almost a commodity. And, how we maintain journalism in an age where breaking news is happening all day long. So, it is a creative and economic challenge because the traditions of sponsorship and subscriptions are under attack in many ways. To me, this is a creative challenge. I can't sit around and put my head in the sand and pretend this isn't happening. I would rather give our team including our journalists and editors a challenge to go create something great. In the case of Free Solo, the head of our channel Courteney Monroe did a terrific job. We won a BAFTA and Academy Award in a very competitive year for documentaries.

We are also going through a very careful review of our verticals and our content platforms. We try to understand where our consumers or viewers are engaging most with our content. So, if it is about animals, wildlife, travel, environment, sciences, kids or whatever it is, we need to be the best in class on all of those things.

BT: Please share details of Expeditions vertical that has been launched.

Knell: It is not just a content vertical, but an experience where travelers are invited to go on a trip led by National Geographic experts. The Indian population is now really active in global travel. We wanted to tap into that. We offer small ship expeditions to amazing parts of the world through partnerships such as Ponant. We  provide a true National Geographic experience with experts including photographers and explorers. It is not just tourism. It is travel.

BT: Do you think what the brand stands for is now going to change with Disney coming on board?

BT: What are your plans for the Indian market?

Knell: Indian market, with 800 million people under the age of 35, is an amazing opportunity for us. Nat Geo cares about issues such as environment, science, and wildlife. These are issues that millennials also care for. We need to connect with them. How are we going to become part of your daily life? This is the challenge I've given our colleagues here. We view India as one of the core markets in the world for National Geographic. We are in 172 countries but not all drive our business. India is definitely among the top tier countries. That is an amazing opportunity for India and for us.

BT: Do you have plans to enter into regional markets in local languages?

Knell: Yes. We do some local language programming here in four different languages. Sesame Street launching Galli Galli Sim Sim in India is a good example. The more localised the channel feels, the more people it connects with.