Parle Products, makers of the iconic Parle-G biscuits, says that Parle-G is the worst hit. The country's most favourite biscuit has been de-growing and if it continues, the company would be forced to lay off as many as 10,000 people working across its various factories 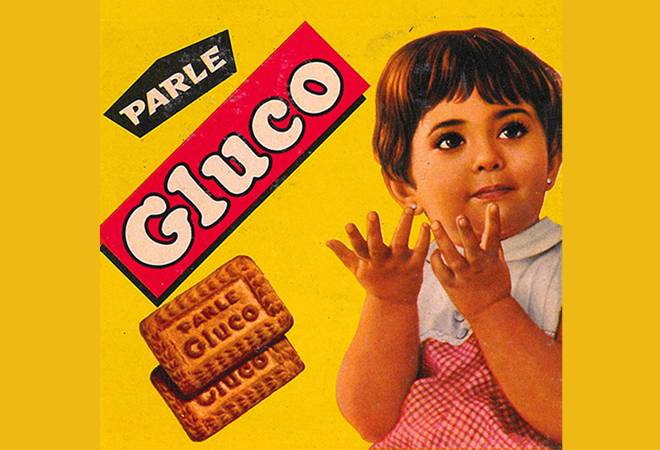 The tepid quarter results of biscuit-maker Britannia clearly shows that the economic slowdown has hit categories as basic as biscuits. Varun Berry, managing director, Brittania, pointed out that consumers are not willing to buy even a Rs-5 pack of biscuits. Now, Parle Products, makers of the iconic Parle-G biscuits, says that Parle-G is the worst hit. The country's most favourite biscuit has been de-growing and if it continues, the company would be forced to lay off as many as 10,000 people working across its various factories. In conversation with BT's Ajita Shashidhar, Mayank Shah, Category Head, Parle Products, talks about the difficult times.

Business Today: When we discussed the consumption slowdown in May just before the new government took over, you had mentioned that sales of brands such as Parle-G and Monaco that usually witness a spike of 8-9 per cent in an election year (as lot of political parties buy them in bulk) did not see the same growth this time. However, you were optimistic that sales will pick up once the new government takes over. There seems to be more bad news now, what do you think has gone wrong?

Mayank Shah: We are surprised, as the slowdown has continued. We are in a slightly different space compared to others. Most players are asking for favours from the government. We are not doing that. We are asking for fairness in certain categories. Biscuits are divided into two categories - there are biscuits above Rs 100 per kg and biscuits below Rs 100 per kg. The ones below Rs 100 were earlier exempted from excise duty, there was lower tax (Parle-G, Marie etc fall in that bracket). In the GST era, they clubbed both the categories together, and imposed 18 per cent tax, which is not fair. The government had promised that it would correct it but unfortunately nothing has happened. We were forced to take a price hike, as a result of which the demand dipped. These are extremely price sensitive categories and when demand went down, we tried to revive the demand. There was a double blow. The price hike impacted the demand and the mood of the economy didn't revive. BT: By how much did you increase the price?

We reduced volumes, so we did an indirect price hike. We have cut down the grammage of a Rs-5 pack from 70 grams to 65 grams since December 2018.

We have been talking to the government too. While they are in agreement with us, they need to take concrete action. All that we are asking is to put it in the right slab. Bread, for instance, has no tax at all. We are not asking for that. Toast and rusk are subjected to 5 per cent tax despite toast being available at Rs 150 per kg. We are talking about biscuits below Rs 100. We told them to continue charging 18 per cent on biscuits above Rs 100. We are ready to pay that, as consumer can afford paying that kind of money. We are hopeful the government will take a concerted action.

BT: What are consumers saying, why aren't they buying something as basic as a biscuit?

Consumers are saying that the pack size has become smaller, so, they would rather buy something else. They tend to buy something that is loose, not coming from the organised sector. It's a loose proposition for everyone, as the consumer is settling for an inferior product. The government is not earning taxes and the companies are not getting sales either.

BT: How are your premium products doing?

BT: What are you doing to prop up consumption?

Everything that was within our reach we have already done. Now it's time for the government to act. We have tried our best to ensure that we push our product more. We have offered trade discounts and told our consumers that this is the best value you will get at this price, but it has not worked.

BT: What are the wholesalers and the distributors saying?

They are perplexed too. This is the first time they are seeing a sustained decline in demand and dip in volumes. They are wondering as to why consumers are not even asking for commonly used products such as biscuits.

BT: Has the decline been more in the rural markets?

Absolutely. These categories are popular in rural India, so we have seen more sluggishness there.

BT: Why do you think political parties didn't buy your biscuits during elections?

One of the reasons could be the strict auditing of spends by all political parties. The Election Commission was stringent about  not exceeding spends. Cost-cutting happened at every level as they had to fit their entire spends within a particular budget. Usually we see a growth of 8-9 per cent in consumption during elections, but this time it didn't happen.

BT: Has this slowdown been the most difficult one for you?

Yes. It is not that we have not taken price hikes earlier. The consumer understands that and is not really averse about paying a higher price for a good product. But this time, the price hike along with a general economic slowdown has made it even more difficult. The government has to take some concerted steps to revive the economy immediately. We are asking for what is rightfully due for a category of biscuits, which costs less than Rs 100 per kg. They were subject to lower taxes earlier, and we fail to understand why it has been put under such a high GST slab. There is no rationale to it. The government has reduced GST for many categories such as footwear and hotels. I wonder what stops them from doing it for biscuits.

BT: Rural consumers are as aspirational as the urban consumers and would want to consume premium products as well. In fact, that is the reason most biscuit companies have been talking about democratisation of their premium offerings. Keeping that in mind, don't you think one of the reasons why demand has dipped for Parle-G is because it has lived its life?

No. There are certain biscuits which are staple. I may eat Mexican food today or Lebanese tomorrow, but that doesn't mean I will completely give up my staple food, which is roti and dal. Parle G will always be staple, it will always be consumed. Consumers will not substitute a staple like Parle-G. A chocolate-filled biscuit is more of an indulgence, but an average Indian starts the day with consuming Parle G dipped in his/her morning cup of tea.

BT: Is the situation that bad that you are talking about laying off people?

It is a logical outcome. If you manufacture 1,000 tonnes of biscuits every month and you have employed 1,000 people and suddenly there is a dip in demand and your manufacturing comes down to 800-900 tonnes, you will have to let go off some people. If you don't let go off those people, you will have to pass on the costs to the consumer and that will lead to a further dip in demand. It's a vicious cycle.

We are hoping for a long-term solution so that demand revives. The root cause is high taxation. In the the long run this category will thrive and grow only if we give the right kind of value to consumers. Erosion of demand has happened for over two quarters.

BT: By how much has the production dipped?

In the first quarter, our production dipped by about 7-8 per cent.