The focus of the chapters in the Economic Survey 2019 is interesting, both for what they talk about and also for what they omit to discuss 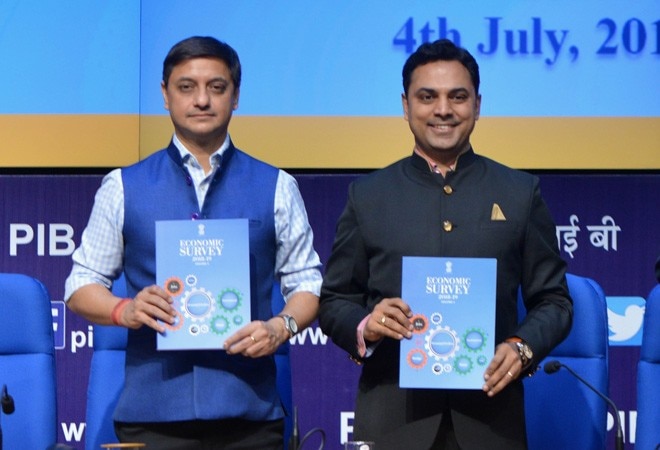 An economic survey cannot cover the whole gamut of things the government needs to do on the economic front. In terms of utility, it is more about understanding what the chief economic advisor and his team thinks, rather than what the Prime Minister or the Finance Minister considers a priority. That is because in the past CEAs have brought out excellent and thought provoking Economic Surveys, but the Finance Minister has often ignored the recommendations or the thoughts expressed in those pages.

Will it be different this time? It could. The new CEA, Krishnamurthy Subramanian, was chosen with a lot of care, and at least his past work suggests that his thinking is in alignment with the government at the Centre on many subjects, and that is why I went through the Economic Survey (especially Volume 1) with great interest. The focus of the chapters is interesting, both for what they talk about and also about what they omit to discuss.

First the essential bits. The Economic Survey points out that getting private sector investment in a big way is absolutely essential to achieve high growth. This, in turn, will lead to better performance in exports, jobs and a host of other things. It correctly identifies at least one major pain point that the private sector, in private conversations, has often complained about - policy uncertainty. The Modi government takes decisive actions on many policy fronts unlike the UPA governments that were led by Dr Manmohan Singh. The Modi government, at least in its first five years, also reacted quickly to feedback from different stakeholders and often tweaked policies multiple times. But that also creates some uncertainty. The corporate sector has become somewhat risk averse after the Insolvency and Bankruptcy Code was passed, and the Reserve Bank of India read the riot act on Non Performing Assets (NPAs). Apart from the liquidity crisis, policy uncertainty and capacity utilisation (which was stuck at 70 per cent for a long time) were cited by most businessmen as the reason for not putting money in new, greenfield projects.

It is good that someone in the finance ministry realises that policy uncertainty could hamper private investment and I do hope the government takes heed of it.

More interesting was the CEA's thoughts on Dwarf firms - firms that were over 10 years old and refused to grow for whatever reason. His data suggests that while there are a large number of such firms, they do not actually contribute much to either productivity or job creation. He may well be right. His suggestion is to remove perverse policies that incentivize a businessman to remain small, and instead pursue policies that help new firms grow and become bigger quickly. This would have a beneficial effect on the economy as a whole - in terms of investment, job creation, productivity, etc.

His suggestion that data being collected by the government should be linked and could be mined in all sorts of ways also provides a good idea about how, in future, Aadhaar data and GST data linkages could be used to track everything, and profile companies and individuals in great detail. To be fair, the survey talks of data privacy and protection, but it is quite clear that it would like the government to use far more data. That is both good and bad, especially as a data privacy law is still to see the light of the day and the current protections are fairly weak.

The chapter on nudge economics, along with the data mining bits would, in my opinion, be in line with the finance ministry and PMO's thinking as well. The Economic Survey also talks extensively about reforms in the lower judiciary, which are sorely needed.

ALSO READ:Exclusive club for high tax payers? Govt could give you special privileges on roads, airports

What is equally interesting is what the economic survey does not consider important enough to examine at length. The problem of loss making and debt ridden PSUs and the enormous amount of tax payer money that goes into supporting them does not seem to worry the CEA unduly. Also, there was no big focus on long-term reforms in the agricultural sector - something one would have expected given how important farm distress was in the last five years, and the PM's promise of doubling farm incomes by 2022.

Maybe the CEA had too little time to prepare the Economic Survey and these have been kept for later publications. It would be interesting to see whether the Budget presented tomorrow is in sync with what the Economic Survey thinks are important issues - or completely ignores them as many previous Budgets have done.