The XC40 is the smallest SUV in Volvo's line-up which has the XC90 and XC60 on offer for Indian markets. It is Volvo's first model to be based on the Compact Modular Architecture (CMA). 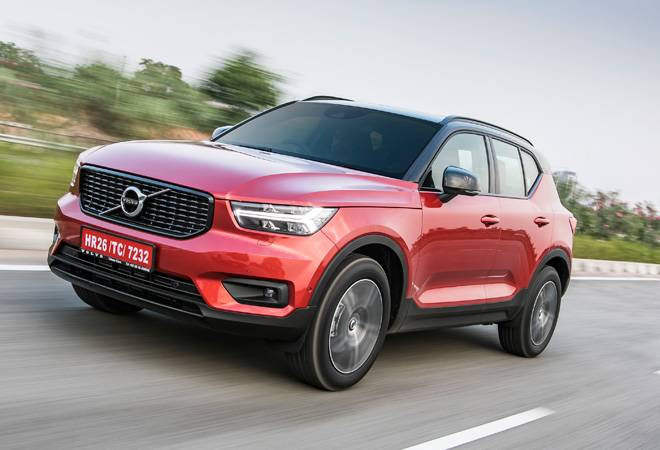 Swedish luxury carmaker Volvo entered the luxury compact SUV market in India with the launch of XC40 here today. The Volvo XC40 has been priced at Rs 39.90 lakh and will act as an entry point for the company's SUV portfolio. Pre-orders for the new compact SUV can be placed at Volvo dealerships for an amount of Rs 5 lakh.

The XC40 is the smallest SUV in Volvo's line-up which has the XC90 and XC60 on offer for Indian markets. It is Volvo's first model to be based on the Compact Modular Architecture (CMA), which will be employed in all upcoming 40-series models including the completely electrified ones. This architecture also allowed Volvo to tweak the design language with the Volvo XC40 to make it more appealing to millennials.

For now, the Volvo XC40 has been made available in India only in R-Design variant. This trim offers 18-inch alloy wheels and an electronically powered tailgate on the outside. Inside the Volvo XC40, you will find a wireless mobile charging dock, 600-watt 13-speaker Harman Kardon sound system, a 9-inch portrait-oriented touchscreen infotainment system with support for Android Auto and Apple CarPlay, and heated front and rear seats. Volvo claims to provide better acoustic experience with the XC40, which has the woofer built into the dashboard for better sound delivery across the cabin. The motor running the Volvo XC40 is a 2.0-litre, four-cylinder D4 diesel engine which is capable of churning out 190hp of max power and 400Nm of max torque. The engine is mated to an eight-speed automatic transmission. The car also gets all-wheel drive for better traction on roads. The Volvo XC40 comes only in a diesel variant as most of the consumers prefer a diesel motor in a compact SUV. A petrol engine will be introduced later if the trend changes. The Volvo XC40 features some big security features similar to the bigger SUVs by the company. The compact SUV is reportedly the first in the segment to feature the radar-based driving assistance system called City Safety. It also gets Volvo's in-house Pilot Assist System, oncoming lane mitigation, run-off road protection, and 7 airbags. All these features will be standard as there is only the R-Design variant of the Volvo XC40 is presently available in India.

Coming to India, Volvo XC40 will be looking to challenge compact luxury SUVs by German auto companies. It's most likely to face competition from Mercedes-Benz GLA, BMW X1, and Audi Q3. However Volvo is confident of the performance of its new offering into the Indian market. The company opened sales with the expectation to sell the 200 units even before the launch itself. The XC40 has already won the Car of the Year award in Europe, fuelling Volvo's confidence with its latest model.