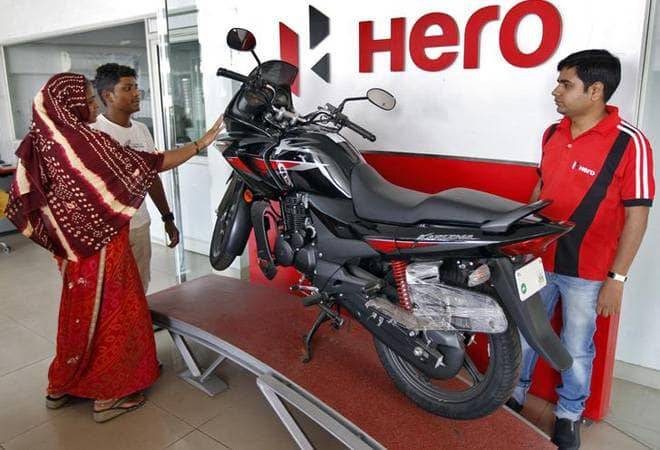 India's largest two wheeler manufacturer Hero MotoCorp on Thursday reached a major milestone of cumulative 100 million unit sales, the first automobile company in the country to do so, exuding confidence that it would hit the next 100 million within this decade itself.

Founded in 1984 as a joint venture with Japanese auto giant Honda, it took the company 29 years to hit the first 50 million and only 7 years for the next 50. Hero parted ways with Honda to go solo in 2010. On the day, the company made two major announcements-it would launch at least 10 new products every year and foray into the electric vehicle space with its first offering in the next fiscal. While its foundation was built on no frills commuter segment motorcycles, bulk of its future offerings would be scooters and premium segment mobikes.

"The next 100 million should definitely happen before 2030," said Pawan Munjal, chairman, managing director and CEO, Hero MotoCorp.  "We will be launching 10 new products every year and the focus will be on premium segments and products. In the past half of our launches would be in commuter segments and half in premium categories and scooters. Now the latter would account of two thirds of all launches."

After it went solo, the company had made a big splash setting ambitious targets of 12 million units per annum sales, 20 assembly lines across the world and a turnover of Rs 60,000 crore. It also embarked on a globalization strategy, a key area it was not allowed to pursue in the partnership with Honda, and had said a tenth of its revenue would come from overseas operations by 2020.

Over the last decade, it has set up factories in Bangladesh and Colombia. However, not all of the targets have been met. Its turnover for example was Rs 28,836 crore in 2019-20 while it has missed the mark on overseas share as well. Cumulative capacity is also at 9 million units per annum against the target of 12 million per annum.

Before the pandemic struck in February last year, Hero had hosted a mega event at its Jaipur R&D centre where it had announced an investment of Rs 10,000 crore over the next 5-7 years with the focus on future of mobility including electric two wheelers. In the post pandemic world, Munjal said the company is revisiting all its investment plans but the focus remains on future of mobility.

"Last year was a very challenging year. We are revisiting all our investment plans," he said. "For the world and for us, the way forward is electrification. All our planning and strategy is based on our vision on the future of mobility. The future is all about partnerships and collaborations. We have set big targets for ourselves internally."

In the last few years Hero has invested heavily in Bangalore based electric two wheeler startup Ather Energy but its own EV will hit the market in 2021-22.