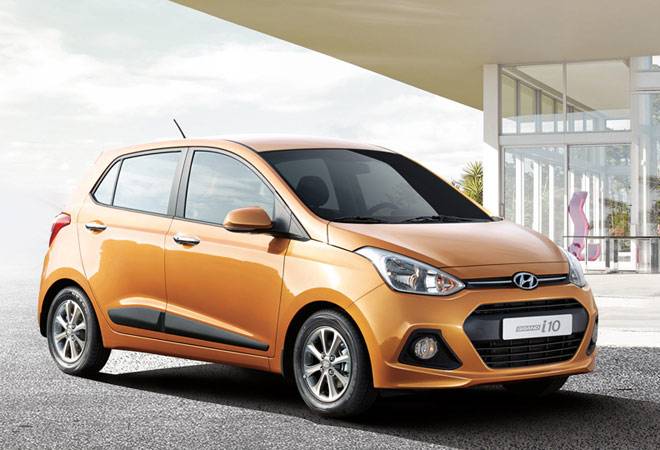 The new Hyundai Grand i10 has been spotted while on a test run in India, strengthening speculations of a launch later in the year. Reports suggest that two test mules were seen, one of which could be a high-end model whereas the other could be a lower trim. Spy images of the Hyundai Grand i10 released by CarDekho reveal a redesigned alloy wheel and black inserts in the headlamps. There also seems to be roof rails and a blackened B and C-pillar. However these features could be exclusive to the higher trim model.

As of now, the Grand i10 comes with five-speed manual and four-speed automatic manual transmission. The new model might come coupled with an AMT option too.

Hyundai is likely to launch the new Grand i10 sometime during the third quarter of this year. The models are expected to be priced in a range of Rs 4.97 lakh and Rs 7.58 lakh. With this price tag, the new Hyundai Grand i10 will be pitted against the favourites of B-segment hatchbacks like the Swift and Wagon R from Maruti Suzuki's stables and Ford Figo and Tata Tiago.

Looking for highest FD interest rates? Here are banks offering up to 9%