Royal Enfield may stop selling 500cc bikes from next year; here's why

Royal Enfield will upgrade the powertrain for its 350cc motorcycles instead which account for bulk of its sales. A BS VI compliant variant of 650cc Continental GT has also been spotted test riding in India 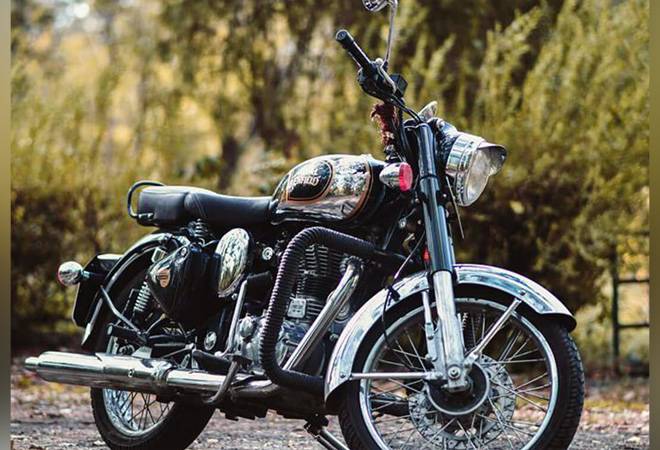 Royal Enfield is reportedly planning to stop producing 500cc motorcycles since the Bharat Stage VI emission norms will make them unviable. The company will upgrade its line up of 350cc motorcycles instead for Indian markets and promote its 650cc motorcycles as its primary export drivers.

The push rod architecture of the existing 350cc and 500cc Royal Enfield engines do not meet the BS VI emission norms and have to be phased out, Livemint reported. The high cost of upgrading the 500cc engine and low demand make the endeavour unviable for Indian market.

The company will upgrade the powertrain for its 350cc motorcycles which account for most the Royal Enfield sales. A BS VI compliant variant of 650cc Continental GT has already been spotted test riding in India, reports suggest.

Originally made for export markets, the 500cc Royal Enfield bikes have been in production for the past three decades and currently include variants of Bullet, Classic and Thunderbird. The 500cc product line up became popular in India after Royal Enfield re-launched it in 2009 with a new lightweight construction engine platform.

While buyers kept coming for specific 500cc motorcycles, they always played second fiddle to their 350cc siblings. Royal Enfield saw domestic sales of 500cc grow three times to 36,093 units in FY19 from 12,216 units in FY13, as per SIAM data. Meanwhile, the 350cc portfolio saw sales grow seven times during this period to 764,012 units from 108,478 units.

On the export front too, the 500cc Royal Enfield motorcycles fared poorly. The company exported 12,594 units of 500cc motorcycles in FY19. Meanwhile, the 650cc Twins offering - Interceptor and Continental GT - have been rapidly growing in popularity abroad since their launch.

SIAM data for April to October 2019 shows that export volumes of 650cc Royal Enfield bikes were 1.4 times than that of 500cc motorcycles. In domestic market, sales for both portfolios were at par during the period, indicating the rising demand for 650cc motorcycles despite them being Rs 40,000 costlier than the 500cc motorcycles.