The Cybertruck's design, which looks extremely futuristic with sharp edges, has a stainless steel exterior with a triangular roof and angular design features 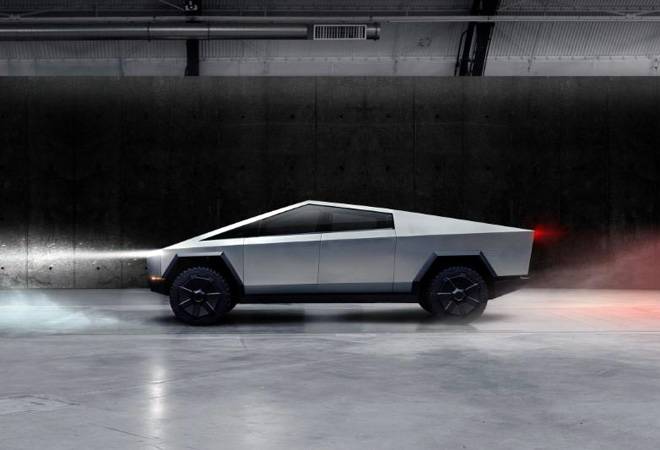 Elon Musk, co-founder, CEO of Tesla, faced an embarrassing moment while unveiling the company's eagerly awaited electric pickup truck, "Cybertruck", on Thursday at Hawthorne, California. During the launch event of the electric pickup truck, things didn't go as planned and ended up with two smashed windows. The incident also started the hashtag '#Cybertruck' on Twitter.

During the demonstration, Franz von Holzhausen, Tesla's chief designer, smashed the Cybertruck with a sledgehammer, which the truck withstood. However, after that things started going wrong. Holzhausen took a metallic ball in his hand and tossed it at the truck, smashing the front window leaving the audience stunned during the live stream of the event.

Tesla's #CyberTruck has strong windows...but not that strong.😳 "OMFG" - @elonmuskpic.twitter.com/1d0yfCfJqy

Musk responded "Maybe that was a little too hard," after the ball cracked the glass window. They tried again but ended up breaking the second window too. The event was streamed live on YouTube but was made private shortly after. Musk was heard saying that the doors could withstand a 9 mm handgun bullet. The Cybertruck's design, which looks extremely futuristic with sharp edges, has a stainless steel exterior with a triangular roof and angular design features.

Nobody *expects* the Cybertruck pic.twitter.com/khhYNFaVKs

Musk, at the event, said, "Trucks have been the same for a very long time." "Like a hundred years, trucks have been basically the same. We want to try something different," he added. The Cybertruck is expected to compete with Ford's F-150 line.

According to Tesla, the most powerful truck can tow up to 14,000 pounds and travel up to 500 miles on a single charge. Interestingly, Musk also claims that the truck has an acceleration of a Porsche. Production will begin in late 2021.

Toyota may stop selling Etios, Liva from next year; here's why