Slowdown Blues: Tractor sales to de-grow by up to 7% despite normal monsoon

The decline in sales so far is due to weak growth in rural income and moderation in rural infrastructure spending. Rural incomes were impacted towards the second half of last fiscal because crop production was flat after two years of growth at 5-6 per cent. 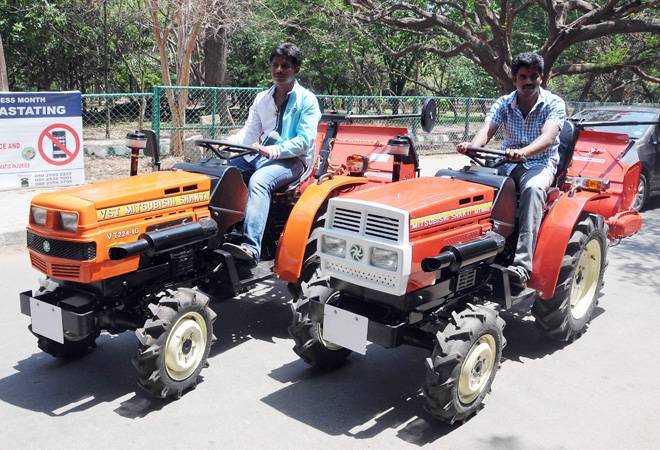 India may have been blessed by a near normal monsoon in 2019, but the slowdown in consumption that is impacting the overall economy in India has not spared the farm equipment segment. Sale of tractors that grew by a healthy 18.5 and 23.7 per cent in fiscals 2017 and 2018 respectively is set to grow at a more tepid 5-7 per cent this financial year.

Tractor sales had hit an all time high 8.78 lakh units in fiscal 2019 on the back of a good monsoon in 2018. In the first quarter of this fiscal (2020), tractor sales actually declined 14.4 per cent but the late onset of monsoon has led research firm CRISIL to expect sales to recover somewhat in the second and third quarters.

"The likelihood of a normal monsoon this fiscal has increased with the rains catching up in the last few weeks. This augurs well for farm income and tractor demand," says Gautam Shahi, Director, CRISIL Ratings. "Additionally, the recent budget announcements for agriculture and allied activities, the loan waivers in some states and the hike in minimum support prices for kharif crops, along with rural development initiatives of the government, are likely to push sales."

The decline in sales so far is due to weak growth in rural income and moderation in rural infrastructure spending. Rural incomes were impacted towards the second half of last fiscal because crop production was flat after two years of growth at 5-6 per cent, and farm profitability declined due to weak pricing. Consequently, rural wage growth was lower at 3-4 per cent compared with an average 6 per cent in the preceding two fiscals. Besides, lower growth in spending on rural infrastructure has impacted non-farm tractor demand in recent months. Additionally, exports, which contribute 10-11 per cent of sales, also declined 28 per cent in the first quarter of this fiscal due to moderation in demand from Latin America.

The overall projected de-growth for the industry is also a result of higher channel inventory and the effect of a high base of fiscal 2019. Unlike other segments of the automotive industry, not everything is bleak here. Despite lower volume overall for the fiscal, CRISIL believes the earnings before interest and tax (EBIT) margin of tractor makers would be resilient at 14-16 per cent, supported by easing commodity prices. This has been demonstrated in the past as well when in fiscal 2016 the industry EBIT margin expanded by 240 bps to 15 per cent, even as tractor sales volume declined 10 per cent on-year.

"Despite weak sales, the credit outlook of CRISIL-rated tractor manufacturers is expected to remain stable, given resilient profitability, limited need for capex, already-strong balance sheets and healthy cash surpluses (Rs 10,500 crore as on March 31, 2019)," says Naveen Vaidyanathan, Associate Director, CRISIL Ratings. "Further, the working capital cycle, which had witnessed some elongation over the past 7 months, should normalise gradually by the end of the second quarter of this fiscal, after a 21 per cent on-year decline in production in the first quarter, and continued production cuts thereafter," he added.

The long-term growth potential for tractors also remains healthy in India given lower penetration of 1.5 horse power (hp) per hectare, compared with an average 6-7 hp in the developed economies and 3-4 hp in emerging economies.

Also read: Slowdown Blues: Mining sector stares at a slump; lakhs of jobs on the line