IndiGo hopes that wide-bodies would become uncompetitive; and Indian domestic carriers would emerge stronger in the post-COVID world 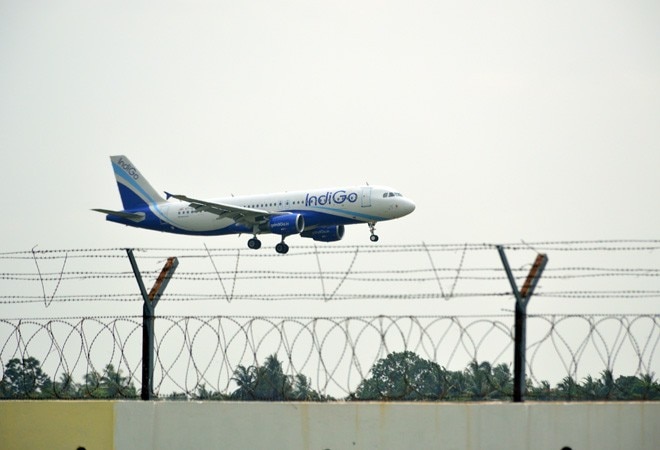 Three weeks after the government permitted domestic flight operations, the largest carrier IndiGo has been witnessing sustained growth in the air traffic. In a conversation with Business Today, IndiGo's CEO Ronojoy Dutta says that everyone expected a jump in air traffic after the lifting up of the lockdown, and believed that the demand would crash afterwards. But Dutta says that didn't happen. In fact, IndiGo has added 130 more flights since May 25 to take its total flights to 350 now.

"If the pent-up demand was the sole fuel of all the traffic, it should have gone away in two weeks. But that's not happening. It's not like there was a peak and it came down," he says.

Dutta says that it's important for IndiGo to get more planes up in the air for two reasons. Firstly, it will help IndiGo cover for its higher fixed costs. The airline has about 40 per cent fixed costs, including lease rentals and employee costs. While IndiGo has cut staff salaries and sent some employees on furloughs to bring down staff costs, it's not negotiating with lessors on the rentals. Though there are discussions going on with stakeholders like hotels, transportation companies and IT suppliers to bring down the fixed costs.

"We are not pushing hard with lessors. IndiGo's relationship with lessors is very critical to our success, and we have a lot more planes coming. We want to make sure that we absolutely fulfill our past obligations. As we take more aeroplanes, there's room for negotiation there. It's a forward-looking rather than a backward-looking process with lessors," he says.

The second reason to increase capacity is to handle the refunds issue better. IndiGo, like many other global and domestic carriers, have issued credit shells against cancelled bookings during the lockdown period. Some of the cash refunds have been processed following the directives of Ministry of Civil Aviation (MoCA), but a large chunk of refunds is still stuck in the form of credit shells. A large number of passengers of these cancelled flights have been asking airlines and online travel aggregators (OTAs) to issue cash refunds, but Dutta says that airlines like IndiGo are in a bind.

"The government asked us to shutdown all flights. Then, they said don't take any future bookings. If we don't have future bookings, how do we pay for those refunds? We got caught in that bind as did the whole global industry. All the US airlines, Air France, and Air Canada got huge amounts of money from the government. We got zero. We want to get out of this credit shell issue as quickly as possible. The best way of doing that is to put more flights in the air," Dutta says adding that by September-October, IndiGo will be in a position to issue cash refunds where it's absolutely necessary.

As per regulator Directorate General of Civil Aviation (DGCA), IndiGo's market share in the domestic segment has gone up to 50.6 per cent in May. Though the airline has flown for just seven days in May, the true picture of market share and other key performance metrics (load factors, on-time performance) would emerge in the June data.

IndiGo hopes that wide-bodies would become uncompetitive; and Indian domestic carriers would emerge stronger in the post-COVID world. "The wide-bodies market has really crashed. It's sharply down because of this issue of how do airlines [with wide-bodies] would get connecting traffic. Because the competitiveness of these one-stop flights from the Middle East and Thailand goes down appreciably, and the wide body planes in particular become less competitive to narrow bodies, I think Indian aviation will be in a stronger position," he says.

As key passenger revenue segment has been hit, the airlines like IndiGo and SpiceJet have ventured into newer areas like all-cargo operations, and chartered flights. IndiGo, in particular, has converted 10 of its existing A320s aircraft into cargo planes besides doing about 10 chartered flights a day for individuals, and groups.

However, since the opening up of the domestic flights, the tariff pattern has been uneven. For instance, there are more bookings happening on the Mumbai-to-Patna flight as compared to Patna-to-Mumbai flights. In general, the air traffic has been largely unidirectional with more flying towards the east of the country.

Dutta says that it's partly because airlines have to adhere to fare bands across all flights for three months till August, as suggested by MoCA. For instance, fares on Delhi-to-Patna flight can be priced in the band of Rs 3,000-9,000 per ticket. So even if Patna-to-Delhi flights are typically at 30 per cent load factors (vis-a-vis 85 per cent loads on Delhi-to-Patna flights), the airline cannot bring down the fares below Rs 3,000 to stimulate demand.

"That's part of the problem with this band and I hope the government takes it away in August as promised because we need a little more flexibility to play on this unidirectional traffic, and bands somewhat come in the way of that," Dutta says.

ALSO READ: How IndiGo is turning Covid crisis into an opportunity