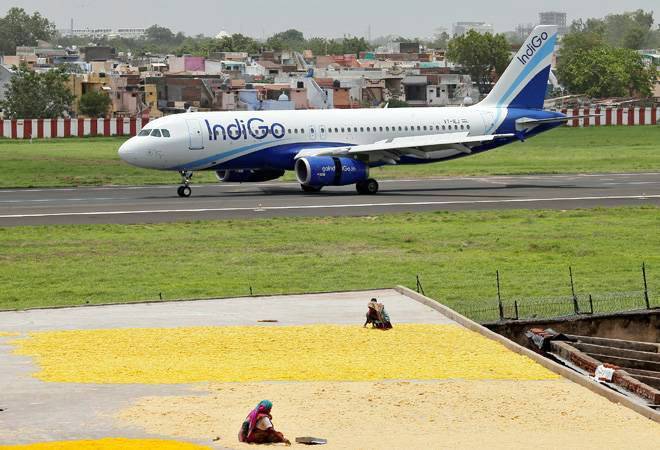 Budget carrier IndiGo is offering jobs to pilots of Jet Airways along with compensation for overdue salaries from the cash-strapped full service airline.

IndiGo, the country's largest airline in terms of market share, Tuesday also said that all job offers are in line with its current terms and conditions.

Crisis-hit Jet Airways has not paid salaries to its pilots, engineers and other senior management for more than three months now.

The no-frills airline's response came to queries on whether it was looking to hire pilots from Jet Airways and also offering them significant amount as joining bonuses.

"We are not offering a signing bonus. We are offering a compensation for overdue salaries," the spokesperson said.

On whether IndiGo is offering a bonus after third year of contract for pilots who would join from Jet Airways, the spokesperson replied in the negative.

Regarding shortage of pilots, IndiGo said it has an internal upgrade programme in place and is able to upgrade pilots in sufficient manner.

"We are conducting open house interviews to getting contact with pilots. That's a common practice in the aviation industry not specific to Jet Airways," the spokesperson noted.

Shortage of trained and experienced pilots has been a problem for domestic airlines amid capacity expansion to meet rising passenger traffic.