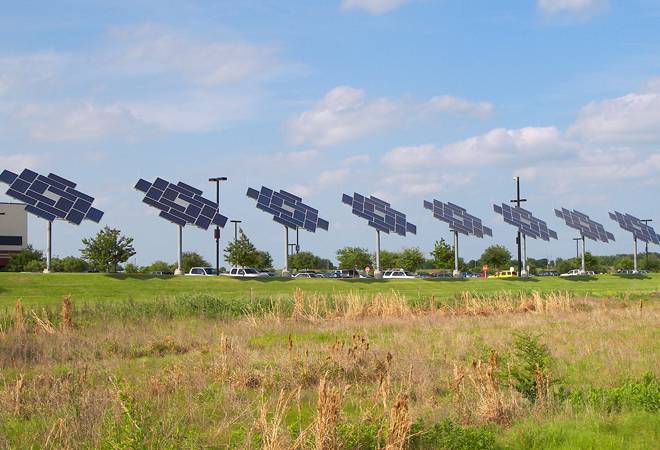 Karnataka was the top state for solar in 2019 with 1.8 gigawatt (GW), followed by Rajasthan and Tamil Nadu

Solar installations in India dropped by 12 per cent in 2019 to 7,346 megawatt (MW), as issues like slowdown of the economy , tariff caps and funding issues plagued the sector. The country had installed 8,338 MW in 2018.

While large-scale solar projects accounted for 85 per cent of installations with 6,242 MW and saw a 7 per cent decline, rooftop solar added only 1,104 MW, a 33 per cent drop year on year, said Mercom India, a research agency tracking the sector.

Karnataka was the top state for solar in 2019 with 1.8 gigawatt (GW), followed by Rajasthan and Tamil Nadu. Together, these three states accounted for almost 70 per cent of solar installations in 2019. Multiple issues led to the decline in solar additions like elections, slowing economy, liquidity issues, tariff caps, lack of financing, curtailment, payment delays, and power purchase agreement (PPA) renegotiations in Andhra Pradesh. Rooftop installations declined for the first time in five years due to slowdown in economy, along with liquidity issues following the NBFC crisis which made it extremely difficult for installers to finance rooftop projects in a tough economy, said the report.

"The demand outlook for 2020 looks better with a stronger project pipeline, and we should see the solar market resume year-over-year growth again. But a lot will depend on the economy and lending situation getting back on track, the impact of coronavirus, and the outcome of the 20 percent basic customs duty announced in the recent budget," said Raj Prabhu, CEO of Mercom Capital Group.

There are several challenges faced by the industry, but a few fixes that could immediately turnaround the sector would be to remove tariff caps in reverse auctions, getting government agencies to make timely payments and facilitate lending to get the solar market moving in the right direction again, he added.

At the end of 2019, cumulative solar installations reached almost 35.7 gigawatts (GW). Large-scale projects accounted for 31.3 GW (87.6%), whereas rooftop solar installations accounted for 4.4 GW (12.4%). The large-scale solar project development pipeline stands at 23.7 GW, with 31.5 GW of projects tendered and pending auction at the end of Q4 2019.