Under the PMGSY-III Scheme, the Modi government proposed to consolidate 1,25,000 Km road length in the states 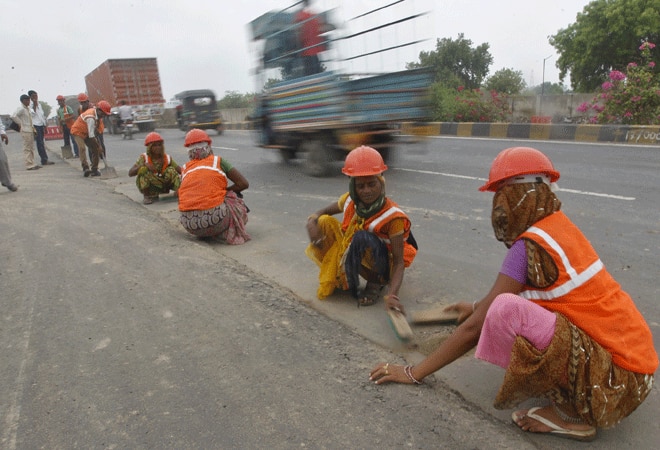 The scheme will entail an estimated cost of Rs 80,250 crore

In a major boost to rural road connectivity across the country, the Prime Minister Narendra Modi-led NDA government has given its approval for the launch of third phase of Pradhan Mantri Gram Sadak Yojana (PMGSY-III) at a total cost of over Rs 80,000 crore.

Under the PMGSY-III Scheme, the government has proposed to consolidate roads measuring 1.25 lakh km in length in the states.

"It involves consolidation of through routes and major rural links connecting habitations to gramin agricultural markets (GrAMs), higher secondary schools and hospitals," according to a Cabinet statement.

The scheme will entail an estimated cost of Rs 80,250 crore, with the central government contributing Rs 53,800 crore and states Rs 26,450 crore.

"The funds would be shared in the ratio of 60:40 between the Centre and State for all States except for 8 North Eastern and 3 Himalayan States (Jammu & Kashmir, Himachal Pradesh & Uttarakhand) for which it is 90:10," the official statement added.

As on April, 2019, roads measuring 5,99,090 km in total have been constructed under various schemes, including PMGSY-I, PMGSY-II and RCPLWEA. The PMGSY-III scheme was announced by the then Finance Minister Arun Jaitley in his Budget Speech for the year 2018-19.

Implementation of the project

PMGSY was launched in December, 2000 with an objective to provide single all-weather road connectivity to eligible unconnected habitation of designated population size (500+ in plain areas and 250+ in North-East, hill, tribal and desert areas) for overall socio-economic development of the areas.

IndiGo row: $20 billion pact with CFM may have sparked the Bhatia-Gangwal feud