Yesterday's project managers are today's scrum masters; how new IT jobs are replacing old ones

IT companies today tend to identify high performers early on and give them different training inputs to emerge as a 'power programmer' as against a 'software engineer' in the earlier setting. 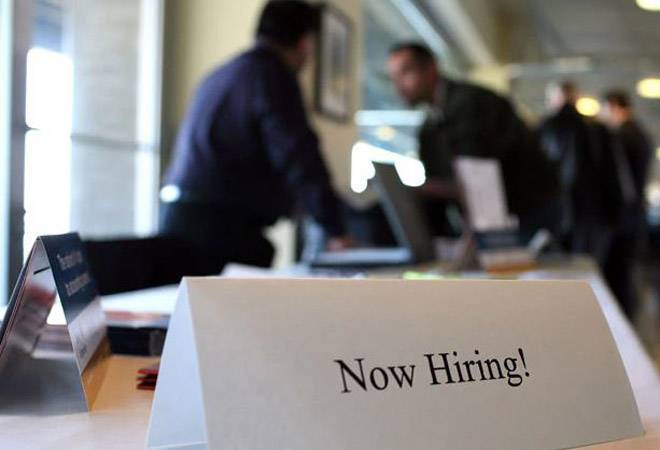 Full-stack developers, scrum masters, polyglot engineers, power programmers, and pod specialists; the list goes on. No, these are not new computer games, but as anyone in the IT world would know, some of the high pay job titles that have gained prominence in over the last year or so. These jobs keep up with the demands of the new skill hungry industry willing to pay big greenback to select competencies, some hired from the market and the rest honed and groomed in-house.

If someone calls himself or herself a scrum master, he or she is not really suffering from an elitist affectation or is a sports enthusiast (although the scrum do has its origin in sports - the game of rugby). Put simply, he or she is more like the project manager of earlier times but in a newer avatar for the digital age. He or she is handling team delivery in an agile world, has a work experience of about eight to 10 years with expertise in agile development methodology and processes.

While a scrum manager is not a role for freshers, there is a clear roadmap for them. As for fresh recruits, IT companies today tend to identify high performers early on and give them different training inputs to emerge as a 'power programmer' as against a 'software engineer' in the earlier setting. Given that a power programmer has much more depth in technology and can deliver higher productivity, his or her compensation is also accordingly higher. It is usually a function of both: the skill level and the technology being handled (say IoT or robotics).

"We are training our employees and building expertise in new 'digital' skills. For instance,  cloud architects, salesforce professionals, cybersecurity professionals, dev ops professionals, scrum masters and full stack developers,'' says Krishnamurthy Shankar, executive vice president and the group head- human resource development at Infosys, which comes up with around 25,000 job offers every year. He says the company has created 'learning kits' or learning paths for the employees to get certified in these new skills. For about a year now, it has been having a cadre of what it calls, 'power programmers'. This is a team of 375 people.

"With the intent of enabling our employees to reskill and strengthen their programming, architectural skills and be able to help our clients navigate their next complex digital transformation, we have launched a Power Programmer Bridge.'' Meant to develop these 'power programmers', the Power Programmer Bridge, he says, "is targeted at our early career employees in global delivery who have a strong passion for programming and want to progress their career in the programming career stream. The power programmer is a curated high skills program of identifying top talent, enabling, and deploying them on client projects. Therefore, in the end, clients only need to focus on project milestones while we manage the rest.'' Power Programmers, he describes as 'polyglots', "who are experts across multiple technologies and play the role of a full stack developer in complex engineering projects. The power program enables deployment of top coders rapidly and helps accelerate delivery of innovation projects and platforms.''

While he does not spell out how much higher they earn compared to others, he does say "the employees who go through the programmes have seen their salary rise significantly".

R. Ramkumar, executive director, Cognizant India is more forthright when talking about the compensation offered to talent with new skills. "For hiring talent with new skills, we pay a premium salary, which is almost double or more than double the salary we have traditionally paid to entry level graduates. For such talent, we have expanded our hiring pool to include specialised institutions such as Indian Institute of Technology (IIT), The Indian Institute of Information Technology (IIIT), National Institute of Design (NID) and other design schools such as Rakshana. In the past few years, we have hired over 500 students from specialised institutions such as IITs, NITs and NIDs."

Explaining the kind of talent and the newer roles emerging, he says, "With disruptive digital technologies, such as Artificial Intelligence, Blockchain and IoT, impacting every organisation's business, operations and technology models, we hire people who understand these disruptive technologies and newer delivery models. We today hire talent for newer roles such as full-stack developers, polyglot engineers, pod specialists, digital security experts, and human scientists (including anthropologists and sociologists) among others.''

A leader from another leading IT company, who did not wish to be identified, said part of the problem is the kind of skills required today are not readily available in the market, at least not in the numbers that are needed, so focus is more on building these up internally but as a thumb rule, any specialist role would typically get a 30 to 50 per cent higher compensation than what is paid to someone in a generalist role or endowed with traditional skills.

The new roles are in sync with the typical talent demand waves the IT sector always goes through - there was the Y2K, then enterprise applications - SAP, Oracle and later cloud applications. The focus today largely is on application development using a lot more analytics and the theme song is digital that is consumer facing.

Today, most companies talk of rising share of digital in their total revenues (say around 25 per cent, if not more, as against perhaps 10 per cent a few years ago). To some extent, there are new jobs being created, for instance, in the area of design or as data scientists, but largely most are seeking to retrain existing talent. One could argue that specialists always get a higher pay. Earlier, those skilled in SAP or Oracle would always get a higher compensation. After all, some skills always come at a higher price. The focus of the HR departments in these companies is also changing with them giving more emphasis to niche skill in addition to regular salary.