The state-owned telecom firm BSNL had also failed to pay the February salaries to around 1.76 lakh employees due to its financial crisis. 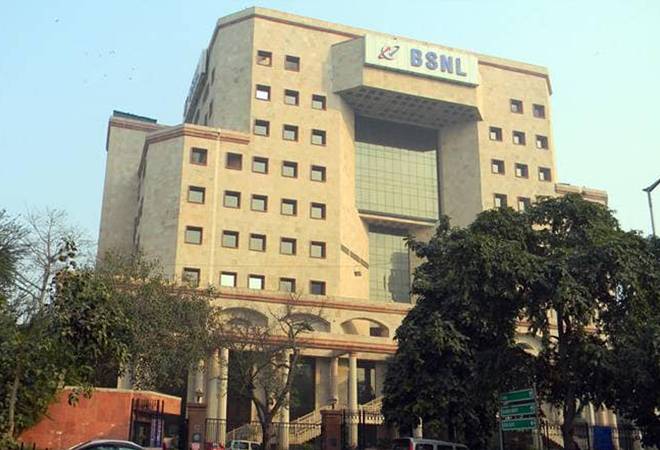 State-owned telecom firm Bharat Sanchar Nigam Limited (BSNL) has sought immediate fund infusion from the government as the telecom firm is struggling to run its operations, including paying Rs 850 crore worth of salaries before June.

State-owned telecom firm Bharat Sanchar Nigam Limited (BSNL) has sought immediate fund infusion from the government as the telecom firm is struggling to run its operations, including paying Rs 850 crore worth of salaries before June. The public sector company has nearly Rs 13,000 crore as outstanding liabilities that have made running the business difficult.

"The gap between monthly revenues and bare expenses to continue operations as a going concern has reached to a level where continuing with the BSNL operations would be nearly impossible without immediate infusion of adequate equity," Puran Chandra, senior general manager at BSNL's corporate budget and banking division, stated in a letter to the joint secretary in the telecom ministry (who also sits on the board of BSNL), the Times of India reported.

The letter which was sent by BSNL last week had requested the government to take a call on the fate of the ailing company and direct its next "course of action".

The letter assumes significance as the distressed telecom saddled with massive debt has faced problems in clearing staff salaries in the recent past.

The state-owned telecom firm had failed to pay the February salaries to around 1.76 lakh employees due to its financial crisis. This was the first time the company had defaulted in payment of its monthly salaries.

The fully government-owned corporation is undergoing a major cash crunch due to the price war with private companies. According to a report by Kotak Institutional Equities, the accumulated operating losses of BSNL were more than Rs 90,000 crore at the end of December 2018.

Meanwhile, the government has not only failed to ensure any revival road map for the company, it rather rejected any suggestions of closing down the company citing BSNL's "strategic" importance, the report said.

BSNL's chairman had also given a presentation to Prime Minister Narendra Modi a few months back but no final decision was taken on how the company would survive.

Overall, the telecom sector has been battered by falling tariffs, eroding profitability, and towering debt, in the face of stiff competition triggered by disruptive offerings of Reliance Jio, owned by richest Indian Mukesh Ambani. The relentless tariff war that ensued after Jio's entry into the telecom sector with free voice calls and SMS, bundled with cheap data has led to pressure on margins of even private operators that have scrambled to match the competition.