Jet Airways crisis: What will happen to the 16,000 employees?

The pilots along with engineers and senior staff are yet to receive their March salaries. But paychecks have now become even more elusive, hinging on a positive outcome of the ongoing stake sale process 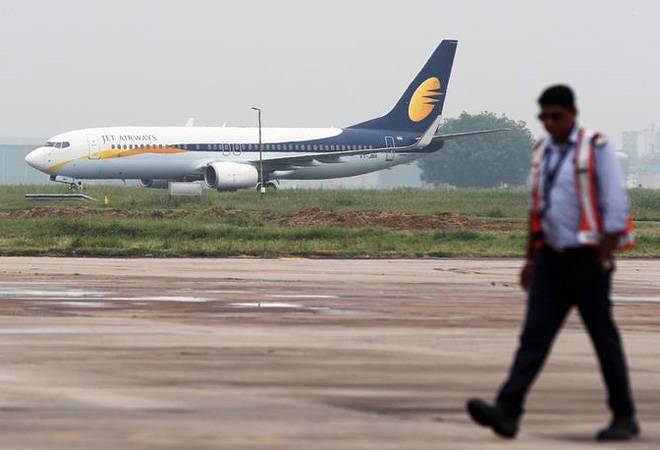 The pilots along with engineers and senior staff are yet to receive their March salaries. But paychecks have now become even more elusive, hinging on a positive outcome of the ongoing stake sale process

Jet Airways' decision to temporarily halt all operations has left its 16,000-odd employees in the lurch. The pilots along with engineers and senior staff were last paid salaries in January, and the entire workforce is yet to receive their March salaries. While the crisis prompted several employees to seek jobs with other airlines - many had to settle for salary cuts - most of them had stayed put, hoping for a miracle. After all, Jet Airways had survived a financial crisis in 2013.

But the miracle did not happen, and these employees have not only been rendered jobless but their paychecks have also become even more elusive - salary dues can only be cleared if a new investor, or two, come on board, which will take time. Worse yet, Jet Airways chief executive Vinay Dube has hinted at pink slips in the near future.

"We must also be realistic that the sale process will take some time and will throw up several more challenges for us, many of which we don't have the answer [to] today," Dube said in a communication to harried employees on Wednesday. "For example, we don't have an answer today to the very important question of what happens to employees during the sale process." While he sought to reassure employees that the "leadership team is working on answering such questions alongside the lenders", the truth is that there are too many variable at play.

For one, getting the grounded airline back in air will require at least Rs 7,000 crore and it's very debatable whether a new investor will be willing to bite this bullet. The SBI-led consortium of lenders had conducted online bidding for a stake sale in Jet Airways last week, seeking to recover dues of over Rs 8,500 crore. Prospective bidders were offered ownership of anywhere between 31.2% and 75% and several entities had submitted expressions of interest. The lenders have shortlisted four bidders - Etihad Airways, National Investment and Infrastructure Fund (NIIF), TPG Capital and Indigo Partners - who have to submit the final bids by May 10.

So, at the very least, Jet Airways' employees have to wait till then for some clarity on their future, and pending dues.