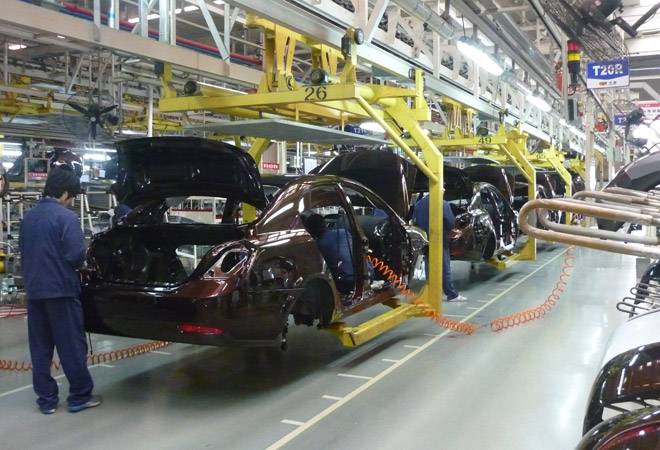 It flies on the face of this government's claims of an uptick in hiring in the unorganised and informal sectors.

Once feted as the world's fastest-growing automobile market that creates thousands of jobs on an annual basis, the domestic automobile industry in India like many other sectors today is also witnessing a steep job crunch.

The number of people employed in the industry that includes two-wheelers, cars, trucks, buses, three-wheelers as well as tens of thousands of component suppliers, has fallen by 2.5 per cent in 2017-18, according to the latest annual data that is available. This was preceded by three years of frenzied hiring by the industry when job growth was at an average of 37 per cent between fiscals 2015 and 2017.

The fall in the employment rate was the first time in a year since 2013-14, the last year of the previous UPA-2 government and the steepest since the slowdown of 2011-12 when it had declined by 2.82 per cent albeit on a much smaller base. It flies on the face of this government's claims of an uptick in hiring in the unorganised and informal sectors citing the growing number of new cars, two-wheelers, trucks and buses that are sold every year.

Prime Minister Narendra Modi had said in February 2019 that 36 lakh new trucks and buses, 3.6 lakh new passenger vehicles and 27 lakh new autos were sold in 15 months to November 2018. He had indicated this was a signal of higher employment in the country.

ALSO READ:Raghuram Rajan has a few tips on jobs, reforms for the next govt

"Have those been bought for parking," he had said. "They are not included in the job data as there is no correct system of collecting job data at present and my government is trying to put one in place."

Ominously, the job crunch in the auto industry is likely to have deepened in 2018-19. In the previous fiscal (2017-18), demand for automobiles had grown at a robust 14.22 per cent: PVs (passenger vehicles) at 7.9 per cent, two-wheelers at 14.8 per cent, trucks and buses at 20 per cent and three-wheelers at over 24 per cent. Even then, the employment generation in the sector took a hit. It adds to the narrative that India's growth story does not generate enough jobs to support its young demography.

The financial year 2019 has been a relatively forgettable year for the industry, especially in the second half of the year when sales went into a tailspin. Overall sale of automobiles in the country has grown by just 5 per cent in comparison: PVs at 2.7 per cent, two-wheelers at under 5 per cent, trucks and buses at 17.5 per cent and three-wheelers at 10.3 per cent.

The distress is significantly more in the passenger vehicle segment, where sales have now declined in eight of the last nine months. The slowdown in demand has resulted in large inventory forcing manufacturers to resort to production cuts. This typically leads to loss of employment at least among the temporary contractual workers that are employed by the industry. The outlook for the current fiscal is also grim, with the industry bracing itself for multiple challenges, such as new safety norms and the shift from BS IV to BS VI fuel in April 2020 that will make automobiles more expensive.

"For now the industry has enough capacity. I do not foresee any major investment coming in this year," says Rajan Wadhera, President, Society of Indian Automobile Manufacturers. "Lack of jobs is one of the issues that dampens consumer sentiment and affects buying decisions. Consumers tend to delay their purchases of mobikes and cars when there is sluggishness in the economy."