Bharat Biotech's coronavirus vaccine: All you need to know about Covaxin

Bharat Biotech's Chairman and Managing Director Dr. Krishna Ella, in a press conference on Monday, January 5, clarified that its vaccine is safe and the company is conducting trials in over 12 countries besides India 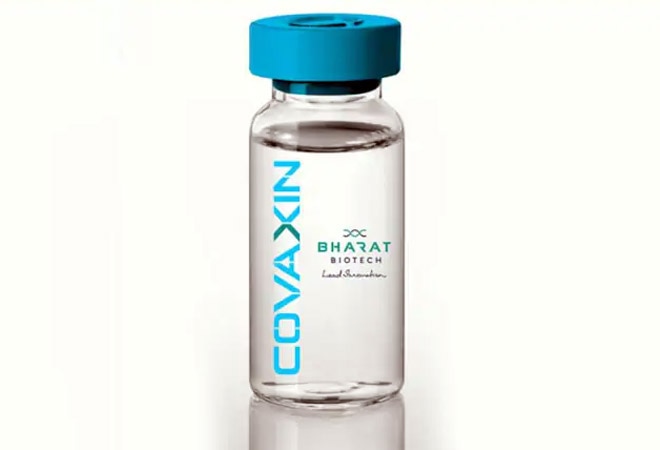 Bharat Biotech's coronavirus vaccine Covaxin has run into a controversy after it got regulatory approval for emergency use without phase-3 trial results. Covaxin, which along with Covishield, developed by Oxford University and AstraZeneca Plc, got DCGI's (Drugs Controller General of India) nod on January 3. However, the phase-3 trial data for the indigenous vaccine isn't yet available.

The relatively less data coupled with approval granted to Bharat Biotech's coronavirus vaccine, developed in collaboration with the ICMR (Indian Council of Medical Research) and National Institute of Virology, has raised eyebrows in healthcare and scientific circles.

Meanwhile, the company's Chairman and Managing Director Dr. Krishna Ella, in a press conference on Monday, January 4, clarified that its vaccine is safe and Bharat Biotech is conducting trials in over 12 countries besides India.

What is the controversy around Covaxin?

The controversy erupted when experts questioned on what basis was the emergency use approval granted in the absence of phase-3 trial data.

The Subject Expert Committee (SEC) of the CDSCO (the Central Drugs Standard Control Organisation) recommended emergency use authorisation (EUA) of Covaxin to the DCGI, which gave its nod to Covaxin after two days of deliberations.

DCGI's approval for the indigenously developed coronavirus vaccine has come on the grounds that the jab may provide protection against the mutated strain of COVID-19 from the UK, albeit the experts raising doubts about the rationale behind the approval.

How did Bharat Biotech get emergency use approval?

Dr. Ella clarified that the permission for Covaxin was based on immunogenicity data. "The tests on hamsters and monkeys displayed 100% protection offering the best animal challenging data compared to other vaccines," he said.

Further clearing the air on controversy around the permission granted to Covaxin without Bharat Biotech providing any data on its efficacy, he clarified that the approval means that the company will no longer be required to have a placebo group in its ongoing human clinical trial, and will vaccinate people in an open-label format.

Dr. Ella explained that Bharat Biotech was still trying to work out several modalities of vaccinations as well as the trials for Covaxin after the approval, comprising whether a new human clinical trial protocol would have to be submitted and if the company will be liable for grave adverse reactions that evolve during this phase of vaccination.

Will Covaxin be effective on mutant strains of SARS-CoV-2 virus?

Expressing confidence that Covaxin will be effective on mutant strains of SARS-CoV-2 virus, Dr. Ella said that this was a major reason why the company's vaccine candidate had been granted a permit for restricted use. He also clarified that Bharat Biotech will be able to establish the "hypothesis" of Covaxin's ability to safeguard against mutations in a week.

"It's only a hypothesis right now... but just give me one week's time (and) I'll give confirmatory data," Dr. Ella said.

How safe is Covaxin?

Dr. Ella stated that Covaxin is 200% safe in comparison to other coronavirus vaccines in the world while asking for a few days to announce the efficacy of the indigenous vaccine against COVID-19. Several experts have raised questions and doubts regarding Covaxin's efficacy indicating its level of protection against the virus. Pfizer, Moderna, Oxford-AstraZeneca had earlier announced the efficacy levels of their coronavirus vaccines, while Bharat Biotech has not.

Dr. Ella has stated that Bharat Biotech is the "only company that has got extensive research experience and extensive publication peer-reviewed journals." He highlighted that the company has sufficient data that has already been revealed and is available on the net.

"Many people say that I am not transparent in my data. I think people should have the patience to read the internet and look at what our articles are," he said.

What is the price of Covaxin?

Bharat Biotech has not said anything on the price of the two-dose vaccine and no procurement deal has also been finalised as yet.

"Right now, the government is talking to us," Dr Ella said, adding that the cost of Covaxin is based on the "size of the volume/scale."

"In the beginning, the cost may be a little higher in the vaccine field, but as the scale-up of production increases, when market competition builds up, the price is automatically controlled by the market," he said.

"We are trying to understand a lot of things... just give us time; we'll figure out all those things," Dr. Ella stated.

'Why is nobody questioning UK'; Bharat Biotech's Krishna Ella responds to Covaxin backlash

Centre-farmers' talks inconclusive; next meeting on January 8 as agitation continues