Regulators are privately creating pressure on major drug firms to better police how they sell popular codeine-based cough syrup, which the doctors say is an effective treatment. 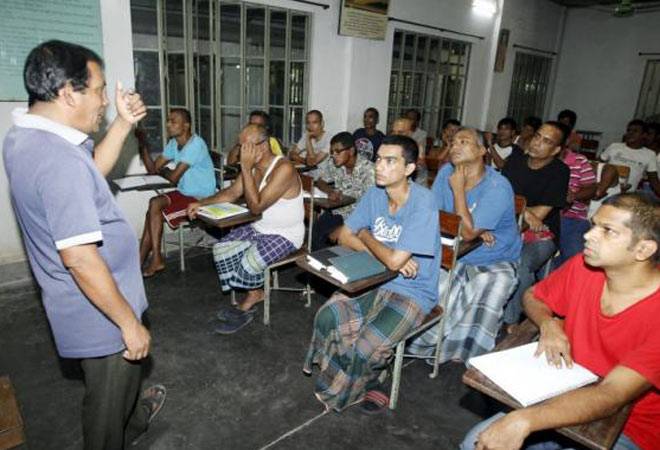 A counsellor (L) talks to drug addicts in a classroom at the Bangladesh Rehabilitation and Assistance Centre for Addicts (BARACA) in Dhaka September 12, 2015. (Photo: Reuters)

Regulators are privately creating pressure on major drug firms to better police how they sell popular codeine-based cough syrups to tackle smuggling and addiction, a move that is reducing supplies of a medicine doctors say is an effective treatment.

Cipla stopped making the product last year owing to regulatory demands, and US-based Abbott Laboratories and Pfizer have had to reduce batch sizes by up to half, cutting how much medicine their factories can produce.

But they are pushing back against other demands, a Reuters review of correspondence between companies and regulators showed, including selling one batch to only one buyer and printing labels that specify where the drug would be sold.

Regulators want to make it easier for law enforcement agencies to track cough syrup abuse in the country and bottles smuggled to neighbouring Bangladesh, where it was banned in the 1980s but is still sought by addicts.

"Retailers worried about liability from potential abuse by people addicted to the opiate codeine are in some cases refusing to stock the cough syrup," said JS Shinde, president of pharmaceutical lobby group All India Organization of Chemists and Druggists.

Sales of the drug in India fell 4 per cent to 121 million bottles in the year through August, and 15 per cent in the year before, according to IMS Health, a healthcare statistics provider.

For drug regulators, the challenge is to strike a balance. "Any non-therapeutic usage is a concern, but you have to weigh the risks versus benefits," said an official at the federal drugs controller in New Delhi.

According to an industry executive, the likes of Pfizer and Abbott, who control most of the $103 million market for the drug, face a "significant" increase in costs as plants run well below capacity because of changes demanded of them.

And the regulatory regime could get tougher.

According to minutes of a July meeting of state and federal drug regulators, there was a recommendation to ban the sale of the syrup altogether because of "rampant misuse and its illegal exports to neighbouring countries."

"A large number of regulators were in favour of strict control," said Akun Sabharwal, drugs controller for southern Telangana state, who attended the meeting.

The federal drugs official, who spoke on condition of anonymity, said an outright ban would not be easy to impose, given the medicine's importance. Abbott estimates roughly 60 million people suffer from regular dry cough in India.

Pfizer's India unit said in a statement the company takes all steps to maintain the highest standards of regulatory compliance, including supply-chain audits.

Abbott India said they believed existing Indian drug laws were adequate to control the abuse and the company had taken steps to support enforcement agencies.

Last year, the International Narcotics Control Board (INCB) billed the abuse of medicines containing narcotics and their smuggling from India among the "greatest drug-related challenges" facing South Asia.

About 83,000 bottles of codeine-based cough syrups were seized in India in the six months through March. In meetings with companies, Indian regulators called the "menace of abuse" a "growing concern".

Abuse is particularly common in Bangladesh. At a treatment centre in the capital Dhaka, tales abound of ruined careers and family struggles.

A 40-year-old former banker at the Bangladesh Rehabilitation and Assistance Center for Addicts said his addiction was so bad he felt he loved cough syrup more than his four-year-old son.

"I felt I must recover from this menace," he said, requesting anonymity because of the shame associated with addiction.

"The regulatory crackdown in recent years appears to have curtailed smuggling. About 750,000 bottles were seized in Bangladesh in 2014, 24 per cent lower than 2013," the INCB said.

Still, a fifth of Bangladesh's estimated 4 million drug users are addicted to such syrups, said Sayedur Rahman, a professor at the Bangabandhu Sheikh Mujib Medical University.

Inside Bangladesh, the cost of a bottle has more than tripled, indicating scarcity. Still, drug officials say the problem is underreported and more should be done.

The latest crackdown on companies dates back to at least February 2014, the review shows.

Indian narcotics officials told companies to take several measures, including reducing batch sizes and printing where it would be sold on the label.

They also asked them to sell drugs from one batch to one stockist only, a measure the executive said was impractical.

That summer, regulators temporarily held back Cipla's allocation of codeine, manufactured solely in government factories, after the company failed to inform the government about steps it had taken to comply with the directive.

Cipla said it never received the request for information.

A Cipla spokeswoman said the company stopped making the drug last year after "considering the business environment ... and the fact that this product was regulated by multiple agencies."

At another meeting in October, government officials again pressured pharmaceutical companies to comply with their demands.

In August this year, regulators sent a letter asking for updates on further steps they had taken, an industry executive said.