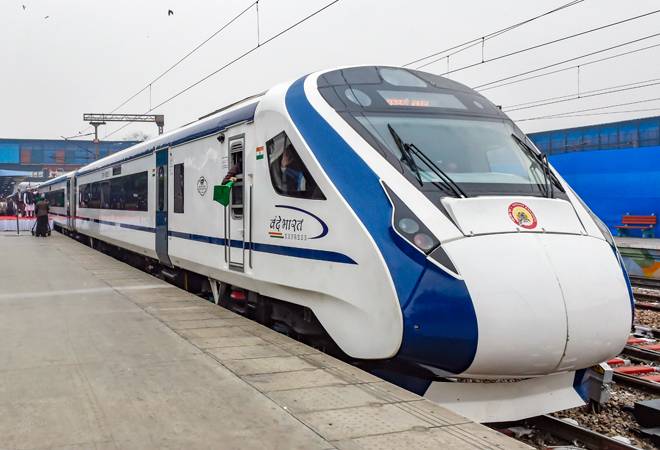 The railway ministry is preparing a Cabinet note for this. Officials told BT the plan is to start with the latest coach factory in Rae Bareli. The rest of the units can be taken over by the new entity slowly. Consultation with unions is a must before moving the Cabinet note, said officials. The unions are worried that the new entity may push for downsizing the number of employees. "We shall clear their apprehensions. India is not China. It takes a lot of effort to build consensus. We are ready for that," said one official. At present, Railways operate Chittaranjan Locomotive Works, Dhankuni; Diesel Locomotive Works, Varanasi; Diesel Modernisation Works, Patiala; Integral Coach Factory, Patiala; Rail Coach Factory, Kapurthala; and Modern Coach Factory, Rae Bareli.

The idea behind the restructuring plan is to ensure operational efficiency. Indian PSUs are marred by inefficient decision-making, poor reporting structures, slow execution and powerful trade unions. The officials explained that each unit will operate as a profit centre reporting to the CEO, who will report to the chairman and managing director (CMD) of the new PSU. The CMD will report to the Railway Board. If implemented, this will demolish the existing convention of manufacturing units headed by general managers.

"Our major challenge is to get access to state-of-the-art technology, cheaper capital and flexibility," said the official. At present, these units are dependent on internal arrangements of railways and budget allocation for capital. "The PSU model will allow us to go to markets to avail of funds for expansion and other needs," says another official.

The global rail manufacturing is going through a churn. The sheer size of CRRC Group allows it to dominate the manufacturing of equipment such as rolling stock, diesel/electric locomotives, metro cars and vehicles and their spares across the world. Its rise forced Siemens and Alstom to merge their railway businesses in September 2017. However, the European Commission blocked the merger. The new Indian PSU can stir the market by manufacturing at cheaper prices.

The challenge, however, remains in accessing technologies that can help it compete with these big conglomerates. In fact, China not only made the research unit of its entity more efficient but pumped in funds too. The economies of South Asia, Southeast Asia, Australia Pacific, Africa and South America are in the process of upgrading their railway systems. The potential is huge, says a top railway official, adding that the new structure will give the flexibility to explore these markets without government dependence. The potential in the Indian market is huge too.

India has managed to manufacture only 6,000 Linke Hofmann Busch or LHB coaches over the last two years. In addition, India is adding train sets Vande Bharat (Train18). Of the 65,000 coaches in railways fleet, only 10,000 have been replaced with LHB coaches so far. The railways have decided to upgrade because the anti-climbing feature in LHB coaches reduces fatalities and injuries during accidents. Moreover, these locomotive manufacturing units are moving towards producing double traction locomotives which can run on both electricity and diesel. Indian Railways has also committed procurement to GE (diesel locomotives) and Alstom (electric locomotives).

India is also developing Train19 (with berths, instead of Train18's chair car) and Train20 (with a lightweight aluminium-based body). These self-propelling train sets have great demand across the world. The original unit cost for the first rake of this train set is $14 million, 40 per cent cheaper than the offer price from the European competitors. These cost-efficient train sets have stirred interest in South America and Southeast Asia too. The idea appears good. But the challenge lies in execution.

No plan to privatise railways or trains like Rajdhani, Shatabdi: Railway Minister