People in general are particular about their mobile numbers, and they would want to hold on to it even if it means porting out to another operator 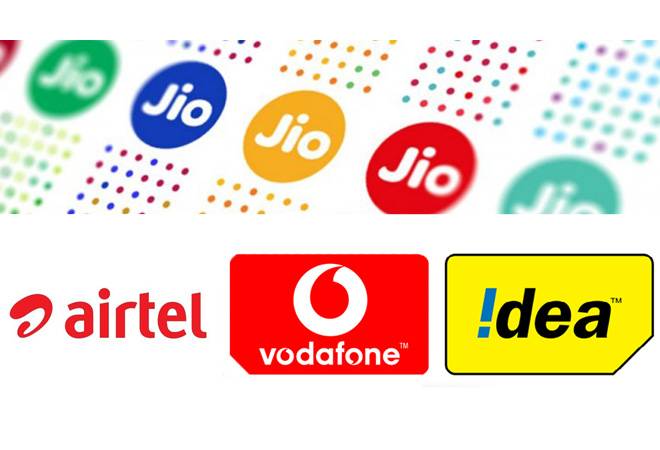 One man's loss is another man's gain. This age-old refrain has never been truer if recent events in the telecom sector are considered. Legacy telecom operators Airtel and Vodafone Idea who have been severely hit by the late October judgement of the Supreme Court on the AGR (adjusted gross revenues) issue have unintentionally benefitted Reliance Jio over the past few days. How?

Let's look at why Jio is a net gainer in the whole AGR imbroglio. Soon after the apex court's judgement, reports of Vodafone Idea filing for bankruptcy started flying thick and fast. Although the telco has denied such reports, the impact of such reports on the subscribers can be daunting. Who would want to stick to a telecom operator whose future is uncertain?

People in general are particular about their mobile numbers, and they would want to hold on to it even if it means porting out to another operator. This is especially true for high-end subscribers given that the quality of services is largely same for all operators, especially in metro cities. It will take time for incumbents, particularly Vodafone Idea, to restore the confidence of its subscribers, and until then, subscribers would typically want to be seeking services from a stable operator - which in the current scenario is Jio.

Jio is already denting the subscriber numbers of its rival operators. For instance, Vodafone Idea has lost 62.4 million subscribers between September last year and September 2019, a drop of over 14 per cent. Airtel too has lost 17.96 million subs while Jio added a whopping 102.97 million subs during the same period.

The other unintended benefit for Jio has come from the deferment of spectrum payments announced recently by the Cabinet Committee on Economic Affairs. This suggestion has come from the Committee of Secretaries (CoS), which was set up late October to mitigate the financial stress in the sector. The cabinet decision was particularly targeted towards Vodafone Idea and Airtel who are the biggest sufferers of the AGR ruling. But the two-year moratorium for 2020/21 and 2021/22 will give Jio a breather of some Rs 6,670 crore - the amount of spectrum dues that it was supposed to pay for these two years. This would help Jio in managing its cash flows better.

As such, the Mukesh Ambani-controlled telco has remained unscathed by the ravage caused by the AGR judgement because Jio's share is negligible in the Rs 1.47 lakh crore AGR dues.

While the AGR blow gave incumbents an opportunity to hike fares from December, Jio too jumped on to the bandwagon - putting an end to the prolonged tariff dogfight - asking its subscribers to pay more in the next few weeks. So far, these operators have not indicated on the quantum of hikes but it is clear that ultra-cheap mobile tariffs have started to affect even Jio. Last month, the telco announced 6 paise per minute charges for voice calls to non-Jio numbers since it had to bear interconnect usage charges (IUC) of about Rs 13,500 crore over the past three years. By raising tariffs, Jio would be able to benefit like other operators. And if TRAI sets a floor price, which is minimum tariff for voice and data services, Jio's gains are expected to be much bigger.