For a long time, the speculations were rife that Jio will be most likely buy RCom since the two entities already has agreement where Jio is using RCom's spectrum, towers infrastructure and optical fibre network. The question was when and how. 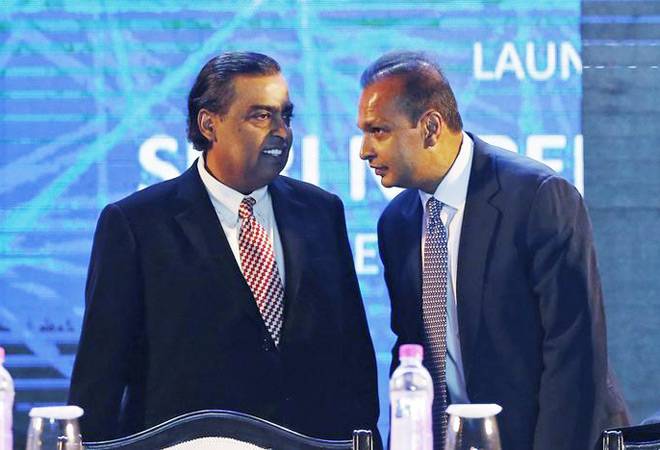 The beleaguered Reliance Communications' wireless business is finally taken over by Reliance Jio, the fourth largest player in the telecom sector. Saddled with total debt of Rs 45,733 crore as on March 2017, RCom has heaved a sigh of relief with Jio coming to its rescue. In a statement last evening, the RCom announced it has signed definitive binding agreements with Reliance Jio Infocomm for sale of wireless spectrum, tower, fiber and media convergence node (MCN) assets.

For a long time, the speculations were rife that Jio will be most likely buy RCom since the two entities already has agreement where Jio is using RCom's spectrum, towers infrastructure and optical fibre network. The question was when and how.

To begin with, the deal will not make Jio numero uno player in the market. It's going to favour Jio is some quarters but it will still lag behind Airtel and Vodafone-Idea combine in key areas such as spectrum holding and subscriber base. For instance, the spectrum holding of Jio-RCom combine would be 1357.4 megahertz (MHz) post the acquisition whereas the other two competitors - Airtel (1767.5 MHz) and Vodafone-Idea (1850 MHz) - will hold higher amounts of spectrum. Not just Jio's spectrum holding would be lower; RCom is staring at expiry of nearly 50 per cent of its spectrum in the 800 MHz and 1800 MHz by 2021. This puts Jio at a disadvantageous position in comparison to its other rivals.

However, Jio would score better than Airtel and Vodafone-Idea combine when it comes to prized 800/900 MHz spectrum. Here, Jio would hold about 496.75 MHz of spectrum as compared to 283 MHz for Vodafone-Idea and 368 MHz for Bharti Airtel. Even though the government has liberalized the spectrum, which means any band (800, 900, 1800, 2100, 2300 MHz) can be used to deliver any services (like 2G, 3G or 4G); each technology has defined its own bands, and the ecosystem of devices and equipment tend to develop around those corresponding bands. For example, the 800 MHz is the best spectrum to deploy 4G technology whereas 900 MHz is largely used to deploy 2G services. Having substantial holding of 800/900 MHz spectrum will enable Jio to deliver efficient 4G services.

The biggest concern for Jio would be to stop the fall of RCom's subscriber base. In one year to October 2017, RCom has lost 24.93 million subscribers, highest among all telecom operators. Then there are quality issues with the RCom's subscribers. Take the case of VLR (visitor location register), a metric to ascertain the number of active subscribers of a telecom operator. RCom's VLR stood at 75.9 per cent in October 2017 as compared to Airtel's 98.09 per cent and Vodafone India's 94.11 per cent and Idea Cellular's 102.83 per cent. Jio's VLR was 82.3 per cent. Higher VLR denotes that more people are actively using the cellular network of the operator.

Optical fibre network is one area where Jio will have a clear edge over its rivals. For instance, Jio, along with RCom, will have an optical fibre network of 4.28 lakh kilometers surpassing others by a huge margin. Role of fibre is to connect wireless and wireline infrastructure and provide broadband networks connecting homes, office buildings, communication towers and data centres. The need for higher optical fibre footprint is important as technology progresses towards 5G and 6G in which the airwaves will be more dependent on optical fibre.

In the case of telecom towers, the scenario is changing fast due to large-scale consolidation. Telecom companies like Jio and Airtel own towers themselves. Others like Vodafone and Idea Cellular have curtailed their presence in the towers business, and have gone into leasing arrangements with independent tower companies like ATC and Indus Towers to use their towers for beaming airwaves. For Jio, owning of towers and not relying on third-parties makes sense because the company doesn't have debt servicing issues. Jio will save itself decent amount of money on account of that. At some point in future, Airtel will have to get out of the towers segment to repay its debt, and focus on the core telecom business instead. At the last count, Jio and RCom have combined tower assets of 1.63 lakh whereas Bharti Infratel, which is 53.5 per cent controlled by Airtel, has a consolidated tower portfolio of 90,000.

The size of the deal is not yet announced and while the deal still has to go through a bunch of regulatory approvals. The role of white knight that the Jio has supposedly played will, in turn, help it strengthen its position in the telecom sector.

Bank of India gets capital infusion worth Rs 2,257 crore from government