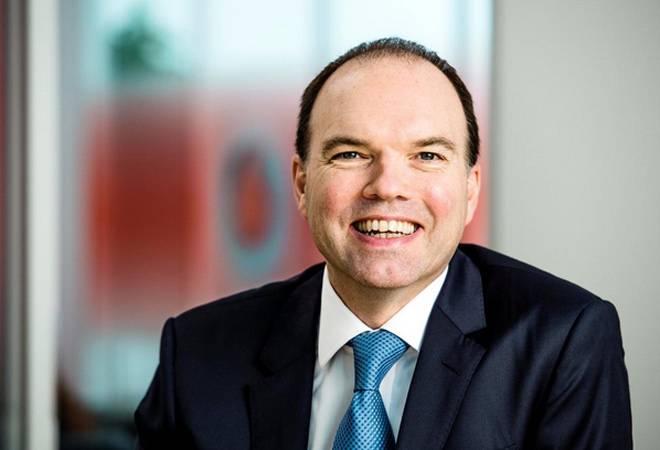 Vodafone Group Plc Chief Executive Officer Nick Read has said the company's India unit could be headed for liquidation if the government does not reconsider its demand of mobile spectrum fees post the Supreme Court's verdict last month. "Financially there's been a heavy burden through unsupportive regulation, excessive taxes and on top of that, we got the negative supreme court decision," Read said at a press roundtable in London on Tuesday.

He said if the government does not take any concrete step, the situation could become "critical". "If you're not a going concern, you're moving into a liquidation scenario - can't get any clearer than that," Read said. Vodafone owns 45% stake in India unit. The company wants the government to relax licence fees and taxes and give at least a two-year delay in spectrum payments.

The company has sought the spectrum fee demand upheld the Supreme Court should also be spread over 10 years. Besides, Vodafone has also urged the government to waive off interest and penalties on the spectrum fee payments delay. Read said after the company's presentation to the government in September, it's hoping for some relief since Vodafone is the largest foreign direct investor in India.

Notably, another airwave auction of 4G and 5G spectrum is scheduled to be held this year. With a total debt of $14 billion, Vodafone may not be in position pour in more money into its business in India.

The entire controversy around AGR (adjusted gross revenues) pertains to the Supreme Court's October ruling that upheld the Department of Telecom's demand for over Rs 92,000 crore in overdue levies and interest from Vodafone Idea and Bharti Airtel.

As per Read, Vodafone was not committing any more equity to India and the country effectively contributed zero value to the company's share price, reported Reuters, adding that the company had written down the value of its stake in the India venture to zero.

The entry of Mukesh Ambani-led Reliance Jio had resulted in tariff war in the Indian market, leading to huge losses for both Airtel and Voda Idea. Airtel recently postponed its second-quarter (2019/20) results to November 14, asking for more time to assess the situation post the Supreme Court's AGR shock. Vodafone Idea has also informed stock exchanges that the telco is not aware of the Vodafone Group's plans to exit the India operations.

Reliance Jio, which seems to be playing rough against rival companies, after the SC ruling had said that these companies had all the financial strength to pay AGR dues of over Rs 92,000 crore. It also said that their failure to pay these dues would not have an impact on the sector dynamics, with the existence of vibrant competition including the presence of PSUs - MTNL and BSNL.

Meanwhile, shares of Vodafone closed 5.82 per cent higher to Rs 4 apiece on the BSE on Monday.