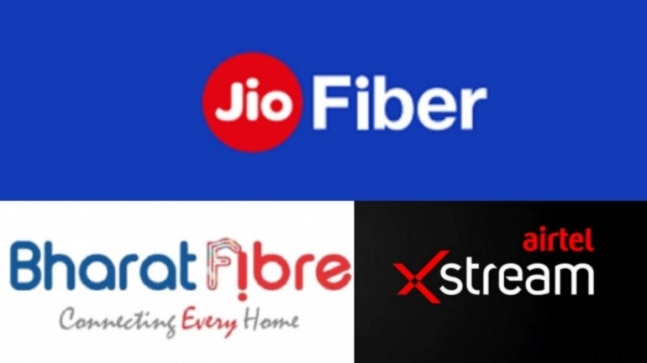 Offers from telcos and ISPs giving Disney+ Hotstar benefit are especially popular during the Indian Premier League (IPL) as they are giving complimentary access to the OTT platform and also enable users to watch IPL live without separately having to access Disney+ Hotstar. Telecom companies Airtel, Jio and Vi are giving prepaid,postpaid as well as data packs that give access to Disney+ Hotstar. Broadband plans from internet service providers (ISP)s like Airtel, JioFiber and BSNL give access to the OTT platform from which users can access live IPL matches. Separately Disney+ Hotstart VIP subscription comes Rs 399 a year and the premium subscription comes for Rs 1499 a year. The major broadband plans from Airtel XStream, JioFiber and BSNL that give OTT benefits are in the upper range of the plans and are priced at Rs 999, Rs 1499 and Rs 3999.

BSNL Premium Fibre Rs 999 broadband plan: BSNL Fibre Premium broadband plan offers 200 Mbps speed for Rs 999 till 3300GB or 3.3 TB after which the speed is reduced to 2Mbps. This plan comes with a free premium membership to Disney+ Hotstar. BSNL recently partnered with YuppTV to give streaming benefits to broadband users for Rs 129 a month.

JioFiber Rs 1499 broadband plan: Another top-tier broadband plan by JioFiber on the list costs Rs 1499. The plan gives truly unlimited internet with download and upload speeds capped at up to 300 Mbps. Along with providing unlimited voice calling, it also offers a free subscription to 15 OTT apps at no extra cost.

BSNL Ultra Fibre Rs 1499 broadband plan: This plan by BSNL offers up to 300 Mbps speed till 4TB or 4000GB is reached. After the FUP limit, the speed is reduced to 4 Mbps. This plan, too, gives unlimited calling benefits to any network within the country. This plan also comes with a free membership to DIsney+ Hotstar.

Google Pixel Buds A launch soon: Specs, feature, India price, and everything we know so far